And I took The Neverending Story (1984) as grim. A blending of two projects by director Kenneth J. Berton, Merlin’s Shop (1996) merges Berton’s The Devil’s Gift (1984) detailing the destruction caused by a toy monkey with cymbals into an anthology story bookended and interrupted by Ernest Borgnine. Kenneth guts his Devil’s Gift forming the second half of Mystical Wonders pruning large sections not even sparing the ending where David and Michael die in a house explosion. The new hybrid shoves Merlin in at the last second saving the day. What a mess. Literally and otherwise. “Grandpa Borgnine”, “Killdozer”, “ROCK N’ ROLL MARTIAN!!!” Broadcast on September 12th 1999, Merlin slowed by rights delays is the final MST3K aired from the original run. A high point to go out on. A feat of late Sci-Fi engineering or The Merlin Monkey Picture Show? 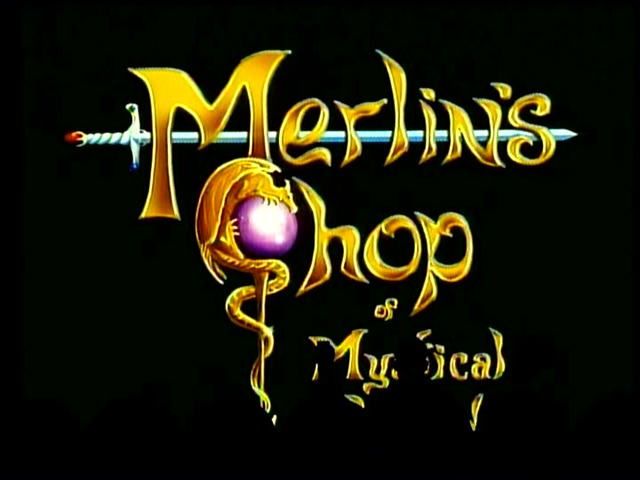 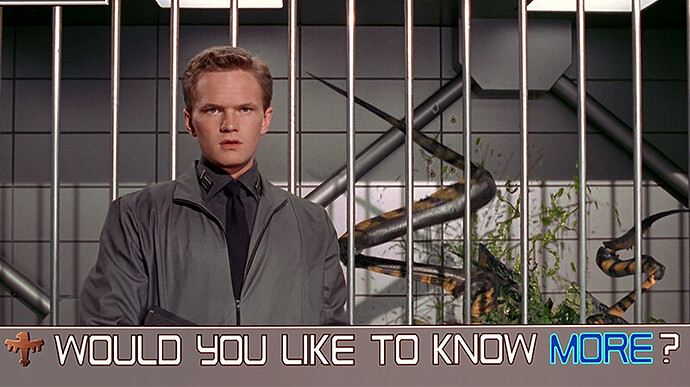 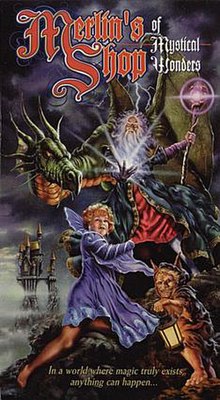 Merlin’s Shop of Mystical Wonders is a 1996 American fantasy horror film written and directed by Kenneth J. Berton. The film stars Ernest Borgnine as a grandfather telling his grandson a story about the wizard Merlin opening up a store in modern-day America. He tells him two separate stories about Merlin and the store. Although the opening segment implies that Merlin's magical interventions in people's lives are intended to have a benign effect, in practice this proves to be far from the case...

The Devil's Gift is a 1984 horror film directed by Kenneth J. Berton. The film's plot is similar to that of the Stephen King short story "The Monkey", leading some to believe that the filmmakers plagiarized the story. An elderly woman, Elmira Johnson, uses a Ouija board to communicate with a dead spirit. When a spirit becomes angry, it manifests itself into a cymbal-banging monkey toy. The monkey's eyes glow red and uses its cymbals to cause lightning to strike the old woman's house, presumably...

The Bots Review Each Other.

What I appreciate about this episode (apart from, you know, the everything) is that this was like the therapeutic experience we needed after Diabolik.

That’s not to say Diabolik is bad. Certainly not. I’ve come to love that episode (surprise, right?). But at the time, Diabolik felt impossible to revisit because it seemed like the definitive end of the series, and there’s a lot of deep-rooted feelings bound up in that. I haven’t rewatched that episode for a long time afterwards because it was an emotional bruiser of sorts that I still hadn’t come to terms with. (Granted, the passage of time and the eventual return of MST3K changed that, but still.)

But what Merlin’s Shop of Mystical Wonders did was to take the sting out of the series finale by giving us a drama-free riffing escapade divorced from the emotionality of MST3K coming to a close. THAT ONE, I could revisit repeatedly well after MST3K ended.

I’m halfway convinced the child actor just started doing the whole “Rock and roll Martian” thing on his own and they raced to get it on film. As the Sci-Fi Channel’s episode guide put it, it feels like such a pure “kid” moment, on the same level as A B C D E F Cookie Monster.

This is occasionally my very favorite MST3K.

Admittedly, it was initially a little awkward to have another one after the emotional goodbye earlier in the year.

As for the experiment: It’s really good. It’s so whacked out. Because it’s two vastly different formats (90s TV Pilot/80s horror film), it feels like getting two mini-episodes for the price of one!

Any power outage my house has — no matter how brief — is always accompanied by me yelling “We better eat all the ice cream!”

“I’m getting older and I set the cat on fire, but I’m fine!”

Yep. This is a point I tried to make on another fan board. Every family has kid moments (or nicknames, or ideas) which get incorporated into the family lore. They never make sense to outsiders unit they’re explained. Unless Big Box Social Media has ruined that exclusivity, too. Along with everything else it’s ruined. But I digress.

This kid’s performance was fine. Borgnine’s grandson really got on my nerves, though. Which I recognize is not his fault, but… urgghh.

Overall, I consider this an average episode. Good riffs, generally. Though I have an [ahem] pet peeve. They keep misgendering the dog and cat throughout. In fact, I’ve noticed that in more than one episode. So lazy. Fellas, they told you poor Sparkle is a she, in the story itself. Poor Miffy the calico has less than a 1% chance of being male. Almost no calico cats are male. Yeesh.

The host segments are the usual middling fare for this period of the show. I usually forget them entirely five minutes after I’m done watching the episode.

The “Rock and Roll Martian” monkey is frequently on eBay and not for very much money and if I didn’t have so much crap already, I’d probably buy one. 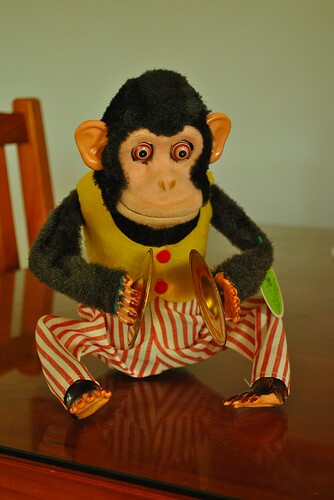 Doesn’t look that scary here. Maybe because we can’t see the teeth…?

You can pull the lips up and down to reveal the teeth. 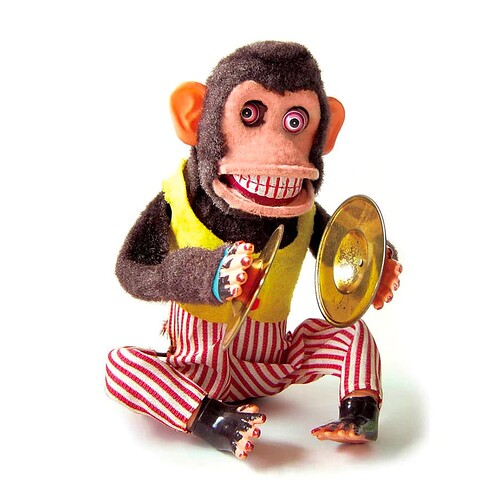 Look at all that gum recession! Tsk! Satan clearly isn’t teaching his minions about the importance of flossing and a good quality WaterPik™. 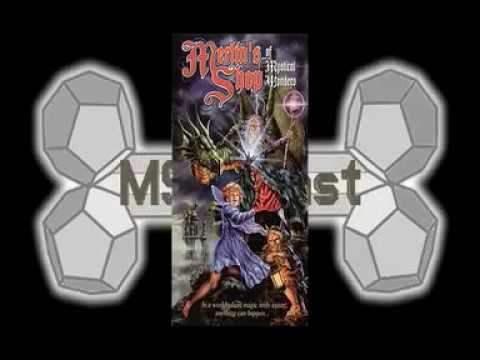 An interview with the kid!

One of the best One Scene Wonders ever. Such an impact on so little screen time!

When a movie engages in deception regarding its content, it usually occurs in the advertising. You’d think all the flimflamery would be cast aside once the film gets going, but not in this case. In this anthology production, the framing device involves a grandfather (portrayed by Ernest Borgnine) telling stories about Merlin setting up shop in the modern age to his grandson. Along with the tinkly music, it’s easy to get the impression that this will feature lighthearted tales of whimsy and wonderment.

You would be so horribly wrong. What we get instead would be more appropriate for a horror anthology series. The first half would be a good fit as a Night Gallery segment, especially since it caters to Rod Serling’s love of twist endings. The second half I would peg as something more appropriate for Hammer House of Horror. In fact, if you were to return the original downbeat ending, flip all the scenes with vehicles, dub everyone with British accents, and CG alter the kid’s Return of the Jedi shirt (Hammer House of Horror aired back in 1980), you could pass off The Devil’s Gift as a lost episode. For both, you may wish to give them a pass if household pets meeting unpleasant demises upsets you greatly. But if you can stomach all that, the riffing is top notch. Particularly memorable are the ones where they imagine how Grandpa Borgnine is narrating the events that occur onscreen (usually for scenes that are excessive in gruesomeness or mundanity).