Time travel. What was, what is, what could be. Alternate futures, an unknown past, insider trading. Moment to moment, there’s real risk. Robots, DeLoreans, Humpback Whales, be careful where you leap. Jeopardizing your own existence may be your future. “Take me away…” “I don’t mind…” “You better promise me…” “I’ll be back in time…” How Many Times A Lady, LSD Tests, Non-Functional Legs, Droppy The Water Droplet, Robert Z’Dar. “My shirt sleeves are around here somewhere”, “Making a bad movie? That’s two weeks in solitary confinement”, “Hmm… That base. Somewhere Seinfeld must be starting.” “This is a weird PSA for the Catholic Church” or “The movie that delivers more huhs per second”? 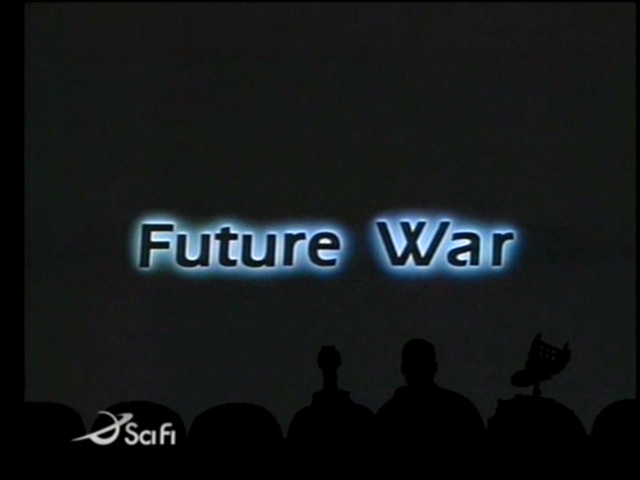 Mike and His Big Chin. 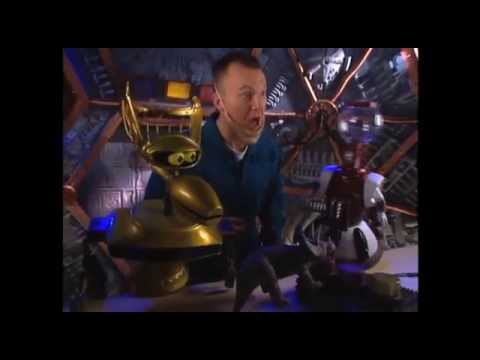 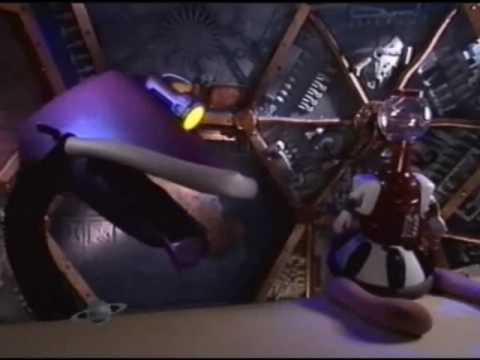 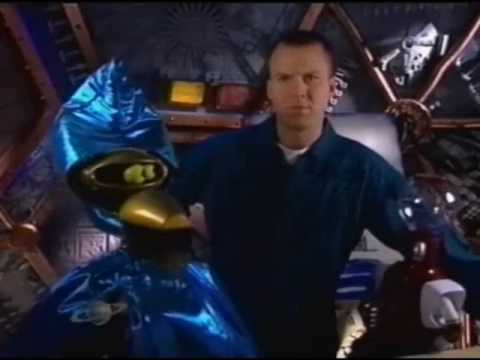 You Tried To Kill Us! 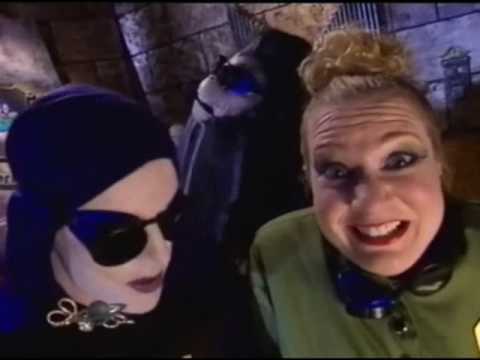 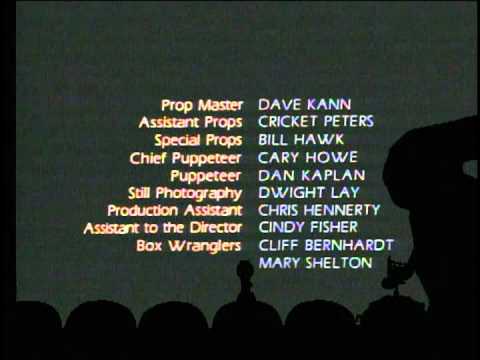 Another one of those meaningless titles with no connection to what happens on the screen. Not only is there no war (the violence presented barely qualifies as a skirmish), but it takes place in the present day. And really, a movie featuring cyborgs using velociraptors as tracking beasts should not be this tedious.

Much of what occurs happens because the script demands it rather than any logical progression of events. One of the more obnoxious instances is where our lead character is arrested by the police for no in-story reason. From a screenwriting perspective, it was so they could do a rip-off of the police station rampage from The Terminator. That’s never a good reason to feature a scene.

Aside from Mike’s demonstration of forced perspective during the end credits, I personally found the host segments to be rather bland.

One of my all time favorite mst eps ever!

I just remember Mike and Bots’ dialogue about how this movie was not in the ‘future’ and had really no ‘war’. Classic stuff!

My favorite riff in the episode is the “Arby’s employee chapel” one.

“Welcome to Pipe World. All we do is pipes, and we do them well.”

One of my favorite host segments ever is when they thank Pearl for not killing them when Pearl is, inexplicably, in the process of flat-out deciding to blow up the SoL. Pearl’s defensive reaction is great, Mike’s betrayal is great. Observer’s frustrated, “You told me we were going to kill them and now we’re not going to kill them” while he reroutes the missile is great. Bobo’s inability to keep the secret is great.

A bunch of cyborgs from the future (or future-space, I guess?) use dinosaurs to track down escaped Jean-Claude Van Dammes! That sounds like it should be cool, but it’s just so dull. I just cannot get into this one, and I think part of it is how forced the religious angle is. It feels a bit like having a polite conversation with someone about, say, a cool museum exhibit and having them suddenly swerve into recruitment mode. I’m just here for the dinosaurs, dude.

I like the host segments, but the main feature just doesn’t do it for me.

When I was at university, the definition we were given of “war” was 1,000 deaths or more. That would make the Falklands in 1982 merely a very violent international argument.

Does anyone have Fred Burroughs in their rolodex? It’s a shame the show got cancelled after season 10. They were on a serious roll! This was, I believe, the newest movie they ever riffed (remember the movie was 97, they riffed it in 99). The special effects here are just so bad. Keep in mind Jurassic Park came out years before this turd. And that gives them loads of riffing room!

The opening credits take up, what feels like, one third of the movie.

Daniel Bernhardt was actually the best part of the movie. Fans of John Wick will remember him as Wick’s toughest opponent. He is a poor man’s Jean Claude Van Damme.

Another Mst3K alum Ian McShane, was also in John Wick (coincidence, I think not!)

I genuinely love this thick slab of Movie Loaf™ for its painful levels of earnestness coupled with its super-cheap props and “wardrobe” that everyone probably just brought from home. The riffing only makes those qualities [sic] more noticeable and thus even better. Even though there’s still fat jokes in this episode, at least they’re not constant. One of the standouts of the last original broadcast year.