The end of the line. Or so we thought. Mike and the Bots’ Last Dance with Mary Jane. “One more time to kill the pain…” Going out on a psychedelic 60s movie, Diabolik (1968) crackles stem to stern. The Morricone music (“Gonna go to the store!”, “Gonna pick up some bread!”), the lovemaking (“Paper cuts are brutal”, “The young Alan Greenspan!”), press conferences (“Dan Quayle announces his candidacy.”) Pearl’s handbook, packing their bags, the Mads new job opportunities. I couldn’t be happier how great this came out. Nobody wanted it to stop but they nailed the bittersweet feeling. Is it now just another episode or is the loss still there? 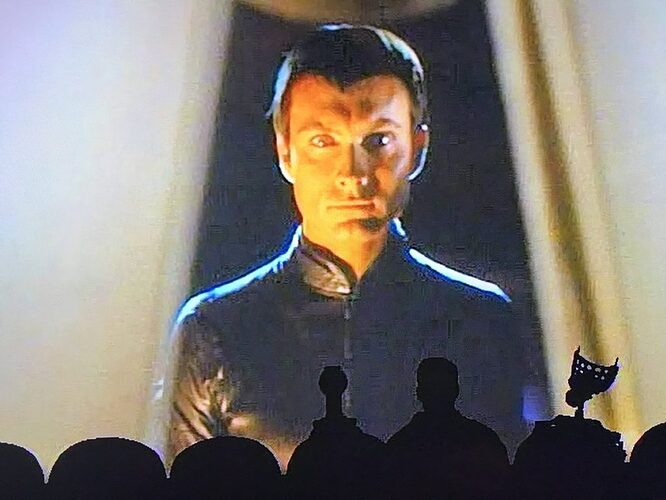 MST3K should go on forever until the heat death of the universe.

That being said, that closing host segment would have been a perfect way to conclude the series. I’m still in awe of how appropriate and perfect it is.

There’s something very, very satisfying when a show can go out on a high note.

I remember getting very emotional over the commercial for the episode… 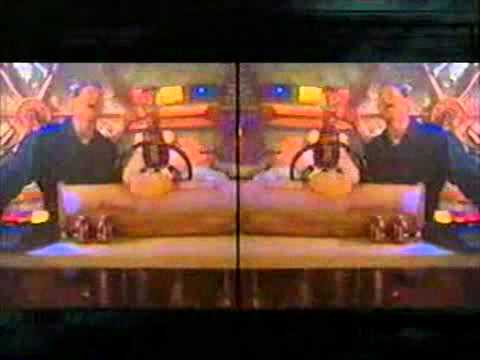 … even though it appears to have been edited randomly and haphazardly by someone who didn’t really understand the show.

Note: The Italian title is Danger: Diabolik. Such talent in evidence. Directed by Mario Bava. Produced by Dino De Laurentiis. Music by Ennio Morricone. A top notch product to leave on.

THAT ENNIO MORRICONE SCORE, THOUGH

“I must agree by the way… Deat deat da… Absolutely.”

What really got me about that first viewing was the crash of the Satellite of Love.

After the crash, the screen fades to white and we hear a snippet of the opening piano notes from Who Will I Kill? And when they used that song, I gasped, thinking like a dumb stupid idiot that they killed the gang in the crash, given that they used THAT song.

I was glad to be wrong.

It’s a terrific episode to revisit now, given that there’s been a sizable chunk of time that’s passed since its premiere broadcast in 1999 and the fact that the show has returned.

But that first go-round? Oh, man. I had it taped, but I couldn’t watch it again. Not easily. It represented the end of an era, the end of the most important and meaningful AND HILARIOUS series I ever watched or would ever watch. It just stung too much to go back there. 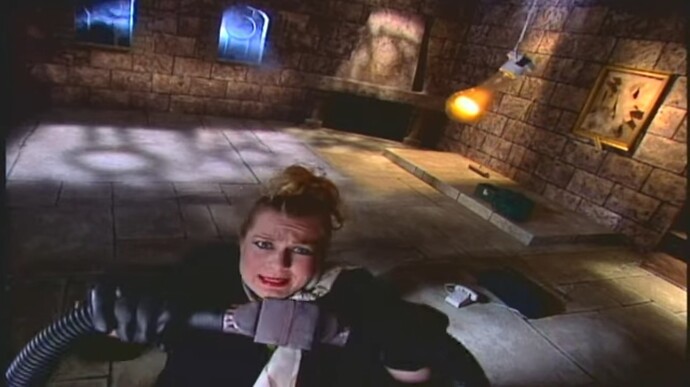 When Pearl said, “Look, Nelson… move on. I am”, I had this sense that I wouldn’t be able to move on any more than Pearl’s bluster would have me believe that she was ready to move on.

Oh man, this was a roller-coaster of emotions. I laughed, had a great time, but it was so hard to shake-off the fact it was finally coming to an end.

It was tough for me to just put this one on for the longest time. For years, I was convinced MST3K was done and not coming back. For many reasons, but I thought the biggest block was the fact it was a two-hour TV show (Something that was pointed out in the Robot Wars aftershow quite well).

I think this is why I’m extra appreciative it has since returned.

As for the episode itself: It’s fantastic! Everyone is really giving it their all in this end of an era.

As for the episode itself: It’s fantastic! Everyone is really giving it their all in this end of an era.

Yeah, it was the end. They all knew going into Season 10 that it was going to be the end after Barry Schulman’s final departing executive action at Sci-Fi Channel was to show some love to MST3K and renew it for one last season.

Even knowing that, they didn’t half-butt it on camera. They brought their A-game for all of Season 10, including Diabolik.

It’s a great movie, the riffers are giving it the full force they can (I love this movie, but it REALLY lends itself to this because it’s like a hornier Adam West Batman episode) and there’s Marisa Mell, and she’s . . .she’s just really neat.

For a long time I couldn’t rewatch this one because knowing it was the final episode bummed me out, lol.

I’ve gone back to it more often now, but it’s still not really one of my favorites.

I also didn’t go back and rewatch the Netflix episodes much at first because I wanted to ration them in case THOSE ended up being the “last” ones. I think I put too much thought into what I watch as background noise.

I’ll level with you: I find this a meh and more-annoying-than-average movie. If not for the wonderful closer segments, it’d probably be down amongst my-least-rewatched along with stuff like The Creeping Terror.

The lavish settings are dated without being interesting. The heroes are supposed to have some kind of anti-heroic hipster gravitas but they’re as alternately dull and irritating as most MST3k heroes. Same with these villains. As for the score? I’m pretty sure that if they send me to Hell, this is what will be playing when I walk in. It’s seriously one of THE most annoying things I’ve ever heard in my life.

I know this movie is based on a comics series. Somehow the best bit in it is the Manara-esque sequence where the gangster’s obnoxiously-dubbed girlfriend is trying to help create a composite of Eva. The whole thing would’ve worked better as cartoons than it does as live action, honestly.

I just found out last night that Italy produced a Diabolik reboot that was released last December. I first heard rumblings that they’ve been trying to do a new Diabolik movie about twenty years ago. Looks like it finally got off the ground.

What few reactions I can find online range from “Meh” to “It’s fine.” Judging by the trailer, it definitely doesn’t have that 60’s caper style going for it. 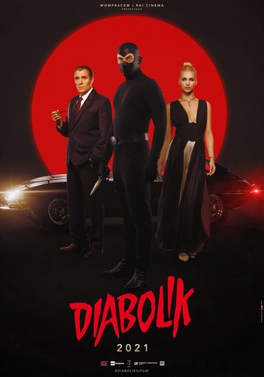 lol. “Nobody makes fun of me and stays alive.”

I’m doing it right now, Doofus. Go cry into your comforter made of money. And get a damn pair of trousers already! Ballet class was a long time ago. It’s OVER, Dweeb!

This is probably my least favorite episode of season 10, but I still love it. Let me explain; when I mention the James Bond ripoff movies I always forget about this one. The MOVIE is not that memorable to me. The host segments are of course monumental! They packed lots of content into those segments in a short time and it never came across as overly emotional. Maybe I’m not that crazy about it because, at the time, it was bittersweet. I didn’t know if I’d ever see another new episode.

As I understand it, Diabolik started out as what at best could be considered an antivillain, but later was toned down into more of a Robin Hood type character. This movie was likely made before or during that transition, as he seems unconcerned with all the collateral damage he leaves in his wake (something which Mike and the Bots remark on). Among his capers are the theft of ten million dollars (carried in sacks with dollar signs, just like in old timey cartoons), an emerald necklace, and a twenty-ton gold ingot. This being the 1960s, all these heists are accomplished with James Bond style tomfoolery. And speaking of Bond, Thunderball villain Adolfo Celi makes an appearance as a crime boss working against Diabolik.

The ending is kind of weird, as it appears Diabolik has been defeated, with the cops raiding his lair and him having been coated with molten gold. But there’s an insinuation that he’s not really down for the count. But how he would escape we’ll never know, as the mediocre box office performance killed any chances for a sequel. Still, it’s nice that MST3K could end its original run with something energetic and silly instead of one of the pain-inducing slogs seen in the previous two episodes.

They gave away the whole movie in that trailer.