The Robinsons become the Marshall Family. Co-financed by American International Pictures and starring Doug McClure, John McEnery, Susan Penhaligon, Keith Barron, and Anthony Ainley, The Land That Time Forgot (1974) emerged as the first of three Edgar Rice Burroughs adaptations by Amicus Productions. Shot at Shepperton Studios for 16 weeks, hand puppets were used on the creatures to produce fine detail and a greater fluid motion to the dinosaurs. A small VistaVision camera recorded the monster background plates and everything filmed front projection. Gypsy’s Birthday, M. Night Shyamalan Living, the Elder Pump, the SOL as a submarine, Moon 14 Ranch BBQ. “Sail Away, Sail Away, Sail Away”, “Oh, Okay, Buddy. All right, just let the Orinoco Flow”, “You know, not enough titles use Jimi Hendrix font.” “Wow, this soundtrack’s really working overtime” or “UNDER PRESSURE!!!”? 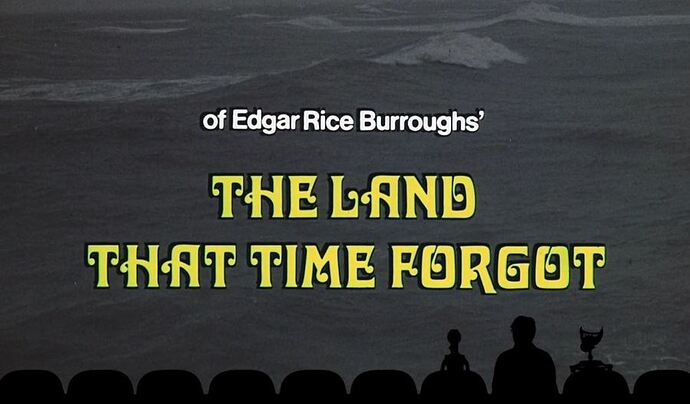 P.S. This is on 1107 directly not Edgar Rice Burrough’s writings in general or Victorian era adventure stories. Any comment is welcome only another thread exists already with that focus and this is dedicated to the episode and movie of the title.

The Land That Time Forgot & At the Earth's Core MST3K Central

After watching The Land That Time Forgot, I was reflecting on the plot itself. It was a good plot; the movie just suffered from awkward directing, screenwriting and visual effects. The plot itself was great. I decided to read the book it was based on, and so far, it’s a great book. I have MST3K to thank for introducing me to some great steampunk, exporation-era adventure books! 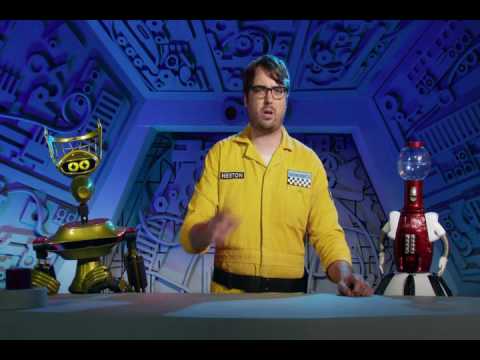 Without the goatee, it’s difficult to realize that the evil XO is also the Master from the 1980s Doctor Who serials and I don’t blame them for not picking him out. Though it’s a shame, as some Time-Flight based riffs would have been perfect. However, if you have pictures of Ainley in the two roles side by side, the resemblance just pops out. 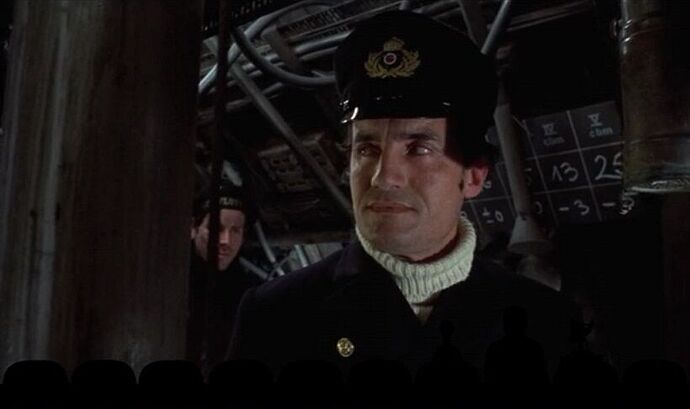 Anthony Ainley (1932-2004) was a British actor who is best remembered for his portrayal of the Master on Doctor Who. Ainley first appeared on Doctor Who during the 1981 serial "The Keeper of Traken" (first as Tremas, then as The Master). He then...

One of the my favorites of season 11 and, no it has nothing to do with the fact that I saw this in the theater at the age of seven and was terribly disappointed because the poster was sooooo cool and, then, I get puppets - puppets! - when I was expecting something like the stop-motion dinosaurs that I’d seen on late night TV movies and…

I watched this movie repeatedly in the late 80s and early 90s and also got really into Doctor Who in the early 90s, and I never noticed until this MST3K episode that The Master was in this movie. Tween and early teen me never thought of the crossover of B movie and TV actors?

I saw this also as a kid, but I believe it was at the drive in. Not a favorite of season 11 but solid nonetheless. It would be the first of two movies starring Doug McClure. I actually like At the Earth’s Core better. But Caroline Munro might have had something to do with that…

What year were you born Freeman? I’m wondering if we saw this around the same time.

Lol, can’t say I see the same thing! But my memories of camping out in the back of my parents station wagon watching movies at the drive in are really jogged by the mention of this movie and Laserblast. I was usually in my PJs and fast asleep by the second feature!

This episode stands out for me, because I saw it several times on TV. I was quite fond of it, and actually liked the puppet dinos. That may be why I became a puppeteer a few years later, which lasted until my late teens. As in most cases, my previous enjoyment of the movie is only enhanced by the riffs. All of the character references are quite fun, and we get a Simpsons reference or two, and some Game of Thrones as well. Season 11 was great for all of the updated references after watching jokes from the '90s for so many years.

The host segments are a bit hit and miss for me, although we do finally get the payoff with the Mads ripping off Jonah and the bots with their inventions. Also, the Mads serving dinosaur meat in their new cafe is a fun bit, especially after Max accidentally leaves a dino cage open.

Fortunately, the riffing is great, and that is what we are really here for, so that makes this a great episode.

It’s difficult to say whether The Beast of Hollow Mountain or this movie had worse dinosaur effects. But one thing in the latter’s favor is that it possessed far more ambition, even if it often fell short. I’ve never read the source material, though I’m given to understand that the German characters are originally portrayed as a collection of conniving nogoodniks. Not surprising, considering that it first saw print back in 1918. That trait gets incorporated solely into the U-boat’s XO Dietz.

Doug McClure as lead character Tyler Bowen is perhaps not the best casting choice. Lead protagonists in Edgar Rice Burroughs stories are manly men, butch and fit. While maybe not quite as bad as Joe Don Baker, in his two MST3K appearances this season, Mr. McClure is still a bit pudgy.

I got the ERB collection of public domain works a while back. You can see why much of what he did is the basis of so many later works of beyond countless authors. Though I do find Robert E Howard an all around more solid writer.

The movie will always have a soft spot in my heart since I saw it in the theaters as a child. I was the target age for this. Many a war was fought between my solid color non moving plastic dinosaurs and multi colored die cast soldiers back in the day thanks to this. Win ratio was about 50/50. But I remember it being the inspiration for the two forces clashing repeatedly.