Jonah’s Hercules Movie. A try to capitalize on the Steve Reeves Hercules (1958) craze by casting Jayne Mansfield and her husband in the main parts, The Loves of Hercules (1960) steers Greek Mythology into Game of Thrones land. The Chief Minister of Ecalia betrays his own king, setups up Hercules, and plays events to his advantage as love blooms on and off screen. Oracles, Amazons, the Underworld, myth or Days of Our Greeks? Wings, Fried Turkey Dunk Tank, Mexican Jumping Beanbag Chair, Whether To Hunt Monsters, M. Waverly. “Hey, looks like Prometheus is stealing fire”, “We’ve got to get over to the Caligula set”, “It’s PETA, they’ve found us. Get this stuff out of here.” “A Greco Romantic Comedy” or “Alberto Manca is Man of La Manca”? 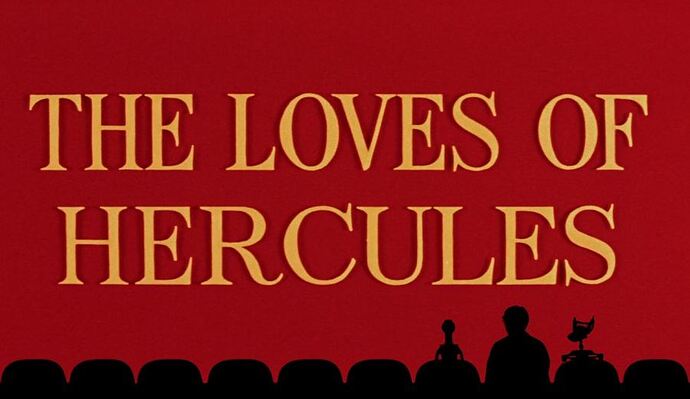 Loves of Hercules is one of the few that capture the feel of Ancient Greek myths for me. It has betrayal, body horror, monsters, and a guy with muscles.

The amorous passionate tenor of Ancient Greece is felt here. Unlike the remaining Herc films that feel like programmers, this has the lust in it. Which I can’t recall in many of the others. 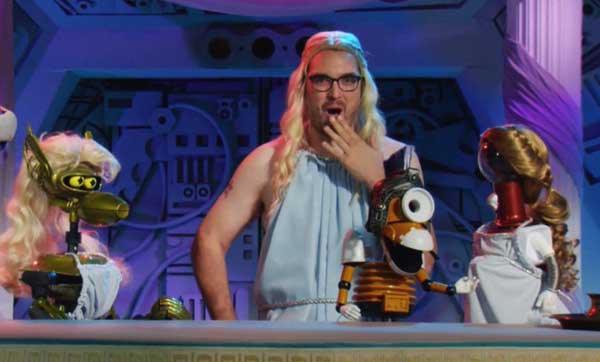 It didn’t hurt Herc and the Queen were played by husband and wife. 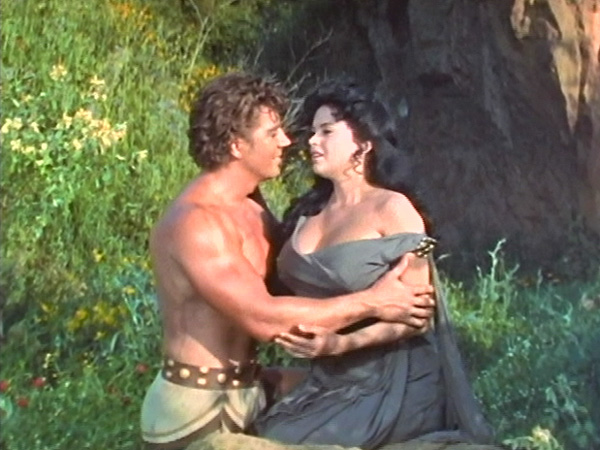 It’s also the episode where we were introduced to our favorite little orange cyclops: M. Waverly, performed by Grant Baciocco (@themwaverly)!.. that was until Crow and Servo got so jealous and hostile towards the orange nugget, that they physically destroyed him offscreen, and was never seen again until the Watch Out for Snakes! tour during intermission, where it was revealed that Servo redeemed himself by rebuilding him back to life, much to Crow’s dismay.

I had a hunch you were chiming in eventually. Just a Sixth Sense.

Moira Orfei (who portrays Némée) was 5’11", making her an Amazon in real life.

As much as I want to believe this is strictly a Jayne Mansfield/Mickey Hargitay vanity project, there’s still something fun and charming about this film and it added a lot to Season 11.

This was honestly one of the films in that season I was most interested in seeing — MST3K meets Mansfield? It certainly piqued my curiosity.

Hercules Unchained used to be my favorite Hercules experiment until this episode rolled along.

All the jokes on Mickey’s Herc voice are just too precious (“I have-a breakeded the door!”), as is the fight against the hydra. 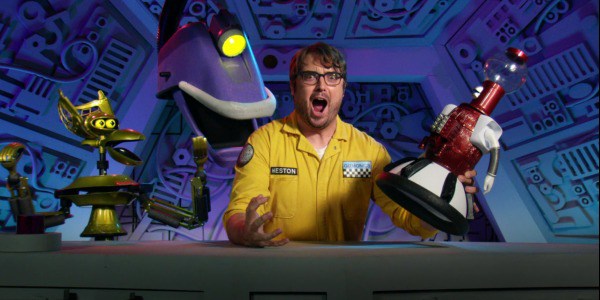 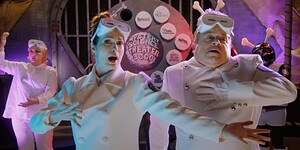 AND THAT CLOSING HOST SEGMENT

Plus, my cold dead East Coast heart loves it forever that they worked in a Mummers Parade reference.

I have always had a hard time getting into Hercules episodes. I remember this one being solid though, and should probably rewatch. Revisiting Hollow Mountain has been a treat.

The weirdest thing about this movie is that the crew were clearly aware that in Greek mythology, the gates of Hell were guarded by a multi-headed monster, but they apparently felt comfortable just going off that vague notion without doing any further research, and made it the Hydra rather than Cerberus.

During this time, Jayne Mansfield had endured numerous tabloid scandals that made her completely unemployable in Hollywood (this being back when that kind of thing would actually be bad for your career) and so she spent a while doing these kind of quick and cheap films in Europe to pay the bills until it died down. And sadly, we’ll never know if she could have recovered her career fully due to her fatal car accident.

What does it say about your Hercules movie when it’s the damsel who get top billing? Mind you, said damsel is portrayed by busty blonde bombshell Jayne Mansfield, whose name probably had more marquee value than Mickey Hargitay. Reportedly she only agreed to perform the role as long as her then husband Hargitay got the title role.

While he certainly has a Hercules type build (though he lacks the beard typical for the character), his performance falls flat. Further undermining him is how his English dub voice sounds like a stereotypical Italian, giving the impression that he should be working at a fruit stand or a barbershop or (if you want to be really cliché) a pizza parlor.

Another odd choice is that Mansfield either had her hair dyed black or she’s wearing a wig. As sword and sandal movie producers appear to prefer their damsels to be blondes and redheads, I’m rather perplexed regarding this decision. Unlike most sword and sandal movies, the core plot doesn’t appear to adapt any specific myth. At most, we get bits and pieces, such as the guys who get turned into withered trees from Book 3 of the Aeneid.

A lot of these films want to hide their Italian-ness with names like John Old Jr. but this one is going full accent on the names of the people involved.

A really good episode. I laughed a lot on my re-watch.

Pretty funny that there’s a whole sketch in here which gently pokes fun at people who get carried away trying to paste modern values onto ancient myths. Makes me think (once again) that so many detractors who complain that the updated show is too “P.C.” or whatever didn’t actually watch it. (Sometimes I doubt that they ever watched the original show. But I digress.)

I thought they balanced the callbacks well with the newer types of riffs. The movie itself is ridiculous in the same way all these epics are. It has a real feel of just throwing everything at the wall to see what sticks. You just know that somewhere out there someone’s putting the finishing touches on their Hercules Cries Wilderness! fanfic or fan art right now.

What does it say about your Hercules movie when it’s the damsel who get top billing?

At least he was actually named. Jayne was not really named in the title.

This also has the split-second brilliance of horndog Tom trying to sneak a peek over the top of Mansfield’s gown using his flight powers, but Hargitay’s big, stagey hand gesture swats him back into his seat.