Eh, perhaps, but I still think Colossal Beast would have had more remembered about it if we weren’t going back to thinking about Mr. B.

To each their own opinion.

I love this episode! The old med-students riffs never get old. The skits are top notch. Every time it seems like they run out of steam the movie provides them with more riffing fodder. And the short after the movie is genius. I wish they’d done it more.

Eh, perhaps, but I still think Colossal Beast would have had more remembered about it if we weren’t going back to thinking about Mr. B.

To each their own opinion.

Or would Mr. B Natural (1956) last overwhelm Colossal Beast (1958) the other way? Wouldn’t Mr. B first or second forever dominate Colossal Beast? Unlike Ring of Terror (1961) and The Phantom Creeps (1939), isn’t Mr. B naturally the star over Beast? @optiMSTie Where are you on the short/experiment chemistry and order? Thanks. 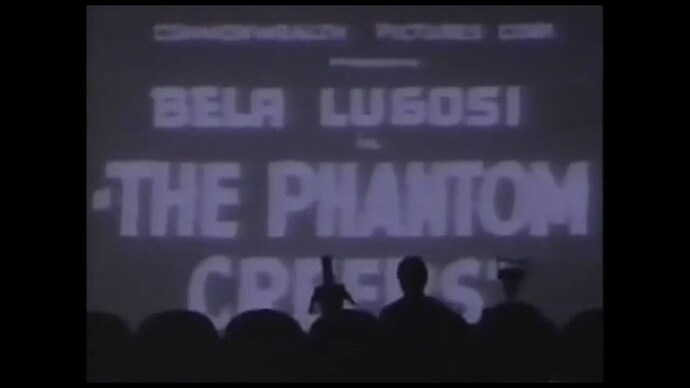 I did a review of this a couple of years ago after rewatching it for the first time in 10+ years, and my comment was the same as the others: it’s a five minute plot wrapped in a 60 minute film. That makes it carried only by the riffs, and while they do a good job, it’s sub par compared to a lot of others.

Watched it as a vault pick, and it makes me happy when an experiment that doesn’t get a lot of attention, gets some attention.

I laughed a lot, and loudly, you know, big, belly-type laughter.

I wrote in the Synthia selects that -probably due to the movie- the riffing is rather one note, but they hit that note to perfection.

The host segs are memorable, Frank’s song slayed me, and I howled when -after Dr. F broke the prop over his head- he fell to one knee and launched into Jolson, “Mammy!” (I love poor taste comedy)

As an aside, I was reading about medical students who entered the field at age 40 or above. The piece (written in 2020) noted that the '40s and above comprised 0.3% of med students. So, rare, but not unheard of… and that made the old school jokes funnier in some ways, as it seems all 0.3% are attending this particular school.

BTW the actor playing Lewis Moffit was 42 at the time of filming, Carl was 54.

I’m thinking I may be confusing this with a different episode. I’m remembering a plot line very much driven by trying to get a ring out of a coffin that was dropped when a person was killed (maybe I’ve got this wrong, but that’s what I remember). Unless I was totally not paying attention just now, it wasn’t this episode.

Anyone give me a hand on what episode I’m thinking of?

I think you’re referring to this episode. The med student must retrieve a ring from a corpse for a fraternity pledge. Upon taking the ring off of the corpse, he dies of fright after a cat surprises him. Is this what you remember?

One of the lower key episodes, but it had the core elements of being decent. The movie itself though is such a snoozer that its hard to really go anywhere with it. I’d call it an average episode, with a little bit of an asterisk that everyone should see it if only for the whole “Pyuma!” bit because it gets called back to in a lot of other episodes.

That’s what I’m thinking of. Apparently I just wasn’t paying enough attention when I watched the episode this afternoon.

That and I remember it being a major driver of the whole plot of the movie.

Is that what was supposed to happen? After all that, he dies of fright? That seems like a huge plot point to let slip by in a “sneeze and you miss it” moment.

Ok, while I would feel bad for Tom after having to sit through the entirety of the Nibelung, I have watched it before and love it. Admittedly, not all at once. It’s best when watched in bits over several days.

But kudos to MST3K for the Ring reference.

Or is it William Castle wannabes? 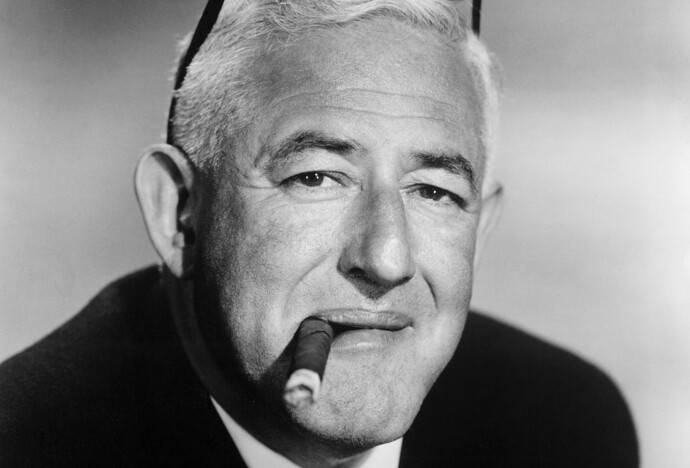 If Chauffeurs Ruled The World.

I just watched this again recently as it is part of this month’s selects. I forgot how absolutely side-splittingly funny this bit is. Truly Frank Conniff’s finest feature on the show. He totally sells this number (I could tell without checking the credits that he must have written the lyrics himself) even though he can’t sing a note or dance a step! The emotional range of the song is incredible and his bit during the bridge where he takes out a hanky and dances around polishing the car is priceless. He shoulda won that ACE Award, I tells ya!

A belated Happy Mirthday to Experiment 206, which first aired on November 3, 1990. So at 32, Ring of Terror is finally old enough to attend the college featured in it.

The whole “plot” of the movie is the buildup to his “dying of fright.” He’s fearless. Nothing phases him. Not a snake in the car. Not a fresh cadaver. Nothing. His girlfriend nearly breaks up with him over all the talk around campus about how freakishly impervious he is to fright, until he convinces her not let the mysterious “they” in “That’s what they say” dictate her life.

Only his roommate knows that Charles suffers from terrible nightmares, and only the roommate is there when Charles has a panic attack while attending a wake. The autopsy didn’t bother him at all, but when the power briefly goes out at the mortuary, he’s paralyzed with fear. The incident finally gives him an explanation for the nightmares. When he was a child, an uncle (or grandfather?) had died, and the family had kept the casket in his room the night after the wake. He’d asked to sleep with a light on, but the request was denied, and instead he’d been told that if he misbehaved the corpse would get up and punish him. He repressed the memory, but the trauma remained.

So when the frat hazing assignment comes up, they have no idea that making him steal the ring (which they promise will be returned in the morning) off the body from the class autopsy (a John Doe, with the ring his only possession of value) is a really bad idea, and he’s determined to put on a brave face.

He makes it through the graveyard and starts to sweat, but he presses on. He gets to the morgue. He’s breathing heavily now. He opens the drawer. Lightning crashes. Startled, he fumbles. He’s in the dark with the dead body, and he catches his sleeve on the guy’s hand, which is cramped into a stiff claw by rigor mortis. The claw pulls on his arm. It’s too much. His heart gives out and he dies. The end.

The rest of the movie is padding. Extra characters. Comic relief fat shaming. Unnecessary conversations. The entire story is, as has been stated, a 5 minute campfire story stretched out into an hour-long attempt at a movie. (Literally, it’s a stock campfire story, like the one about the guy with a hook for a hand, and the hook is found in the hero’s car door.)

like the one about the guy with a hook for a hand, and the hook is found in the hero’s car door

Oh, man! How much cooler would it have been if they crossed over their campfire stories and that guy turned up?