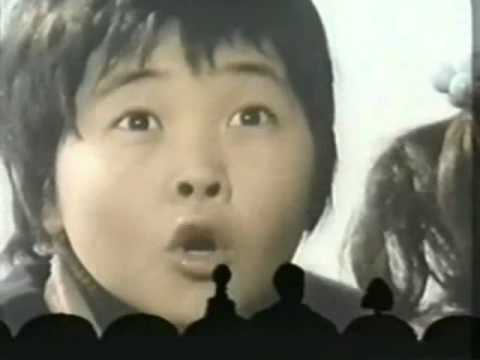 No matter what the medium, every work of fiction requires a certain amount of coincidence to kick things off. The trick is to not make it too obvious. On that front, Time of the Apes falls short. Mildly annoying brat Johnny (original name Jiro) visits the lab his uncle works at with his friend Caroline (original name Yurika). They’re given a tour by Catherine (original name Kazuko), who shows them their work on cryo-stasis using monkeys. Suddenly, an earthquake strikes and some falling debris hits the Plot Contrivance Switch, sealing Johnny, Caroline, and Catherine in cryo-stasis chambers. When they’re revived, they find themselves in a time where apes evolved from men.

At this point, things get rather muddled as we get bombarded with a series of frequently disconnected sequences. This is because Time of the Apes was originally a 26 episode television series meant to cash in on the massive popularity of Planet of the Apes in Japan. No matter how good the material is, trimming that amount of footage down to an 80-90 minute movie is going to result in an incoherent narrative. But even taking the extensive cuts and the shoddy dub (Caroline’s voice is especially painful) into account, there’s still plenty of evidence that it was at best a mediocre effort. But the real slap in the face occurs at the conclusion where we’re subjected to the hoary “it was all just a dream” cop-out ending.

You’re misunderstanding me then. It’s less that Joel loved the movies as so much as Mike was far more prone to hate on a movie simply for existing.

But the real slap in the face occurs at the conclusion where we’re subjected to the hoary “it was all just a dream” cop-out ending.

But that’s not what happened. The KTMA cut gets into it a bit more. (Season zero had shorter host segments and commercial breaks, so we got a few extra minutes of movie. Like getting to see more of the Mighty Jack opening sequence.) But even the season three cut explains that it wasn’t a dream.

In the full series, they get frozen and wake up in the distant future, where apes rule. There’s also a mysterious flying saucer which often hangs in the background, but occasionally intervenes to save the humans. The apes keep trying to shoot it down, but it has advanced technology, such as the beam we see that disables the apes’ weapons.

Gradually, they learn that the saucer is an agent of the mysterious UCOM, an unknown faction with an impenetrable base inside a mountain. Apes attempting to get inside the UCOM bunker meet fatal defenses. But the humans, realizing that the saucer has consistently helped them, decide to risk it. There’s no place for them in a society of apes, and the last of human civilization seems to have died.

They make their way inside the bunker. A few foolhardy apes attempt to follow, to no avail. The humans make their way past traps and through foreboding tunnels. Finally, they reach UCOM. At last, the mystery is revealed. UCOM isn’t aliens or a lost tribe of humans. It’s the Universal Computer, the ultimate vestige of bygone human technology.

UCOM says it has enough power remaining to open a portal through time and space. Catherine and the kids elect to go back to their own time. Godo, however, feels that he would be as out of place in the 20th century as he was in the ape society. He bids his three companions goodbye, giving Catherine a locket as a gift to remember him by. UCOM warns that there’s no telling what he’ll find in the new world of the future, but Godo takes his chances. He steps through and we see him walking alone across a barren desert. He moves on, determined, in the hopes of finding something better on the far side of the dunes.

Back in the 20th century, Catherine and the kids wake up in their capsules. Was it just a dream? Catherine had said at the very beginning that test subjects who were briefly frozen reported having dreamed, and it’s entirely possible that a few weeks of dreaming could feel like six months.

She goes to check the capsule and finds Godo’s locket inside. Then the chief scientist tells her he has evidence of her claims. The capsule’s instruments say it was locked for over three thousand years. Closer study shows that somehow it was frozen below -273c. (That’s “absolute zero,” the temperature at which, in theory, all molecular motion stops, making it the coldest temperature it’s physically possible to reach.) He speculates that being somehow taken below that point actually sent them backwards in time.

So… They really did go into the future and then get sent back by a highly advanced supercomputer made by the last human scientists on Earth, and charged with preserving the last of human knowledge and civilization.

As they take their first walk back through 20th century Tokyo, Catherine freezes. The man who just walked past her (crossing past her at the corner of the street) looked an awful lot like… Nah. Couldn’t be. The kids, who were looking in the other direction, ask her what startled her, but she decides to keep mum, not wanting to get their hopes up. The kids ask about Godo, and Catherine says she doesn’t know what happened to him, but that they will always remember him in their hearts, and thus keep him alive in their memories.

And of course centuries later, the apes, with the help of a bumbling temp also in space, blow up the planet. Oops.

Ok, so help me here. Catherine and the kids freeze forward in time and are then found and thawed by the apes. They are then left alone so that when they wake up they can wander around the facility for some time before they bump into anybody, human or ape. When they finally find someone (apes) they flip out, scream, the alarm goes off, and they are immediately chased down and tied to a tree. Afterwhich, the apes (who have not said a word till now, I assume to bring an air of mystery to the walking, gun-toting apes) go to kill them.

I feel that I missed something.

I always felt that there must have been some other group of monkeys that wanted to study them before the murderous, gun-toating simians showed up. That would imply maybe a conflict between the ruling order and the populus.

Or am I reading waaaay too much into this?

Is that close to what happened? Or were they thawed just so that they could wriggle around more when being thrown off the cliff?

There are factions among the apes. Most of the civilians hate and fear humans (“hairless apes”) as dangerous wild beasts.

The head of the military sees humans as dangerous and evil.

But the head of the civilian government, His Excellency, thinks it’s possible to have civilized relationships with humans.

So… The capsules are found. (Or possibly the humans thaw on their own and are then found? If that’s explained, I never got to see it. But the capsules end up in UCOM’s lair.) His Excellency orders the humans treated well. The humans wake up, panic, and run away. The military captures them and is about to execute them, but His Excellency pulls up in his limo and orders them freed. The humans escape and blunder into Pepe and Godo.

Later, the humans are recaptured, but His Excellency treats them well and promises that they’re under his protection as long as they stay in the capital with him.

Godo, however, is being kept in a force field cell because he has a history of violent conflict with the apes. The head of the military sneaks in to pull the old “I had to shoot him! He was escaping!” routine, but the kids (escaping into the air ducts) arrive just in time, shortly before the force field is lowered. They literally get the drop on the bad guy, and escape.

At this point, the boys are convinced that they need to get out of there, but the girls decide to stay. A bunch of episodes go by that were cut by Sandy Frank (who was trying to fit a full season of the TV show into one “movie”). The boys have adventures in the wilderness, encounter the flying saucer, and the remains of some dead humans. The girls get to know His Excellency better and begin to trust him.

In the meantime, the head of the military plots a coup, and that’s a whole subplot, but the guards remain loyal to His Excellency and the coup leader is arrested in what he thought would be his moment of triumph. (Part of the issue was that His Excellency was protecting the humans, which hard-liners thought was being too soft and trusting when humans were clearly dangerous enemies.)

The humans escape again and have more adventures. Until ultimately they decide to go to UCOM. His Excellency tells them it’s too dangerous and there’s a good chance they’ll die there, but they say there’s just no place for them in ape society and they’d rather take the risk. He’s sad, but admits that society is not ready to welcome them. He’d hoped to gradually change public opinion, but he understands that it’s untenable for them as things stand. 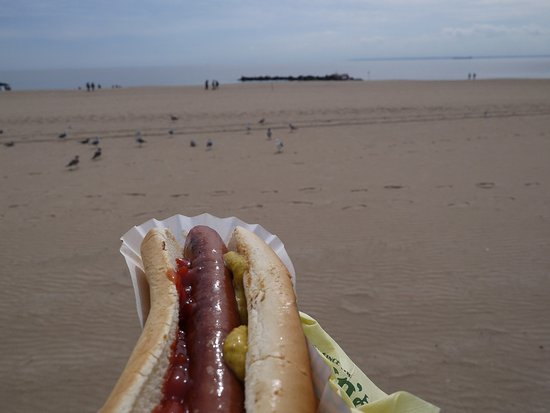 Ok, Joel was more of a give it a chance. Honestly that’s a nice defiant approach. There are many films I’d hand over to FAPS, but usually I watched them all the way through first. Howard Stern movies I just automatically toss. I’m told that when I was younger I didn’t sass movies. So apparently I watched Howard the Duck quietly. Of course I had the movie go over my head. Now it creeps me out. Although any movie with spiders and I’ll hate it immediately.

Like, to me the difference can be summarized by two bits:

Joel as a writer likes these old weird movies. Mike didn’t. I don’t think MST3K would have the aesthetic it did if Joel didn’t have a fondness for the sort of movie where the monsters were clearly puppets and the special effects stopped at chroma key.

IDK. Mike was hired on as the head writer in Season One. He was the one running the writer’s room the whole time. Mike and Joel have different personalities, especially as hosts, but I’m not sure the riff style changed like that. Both the riffs you quote are just different ways of riffers saying the movie looks bad, which is their role as test subjects.

However, for movies that are especially bad (Manos, Monster A Go Go, Castle of Fu Manchu, etc.) we see that acknowledged with the SOL crew having to muster themselves to tough it out, and that’s when you see them not just complain about the movie being bad but work to encourage each other to push through it.

One thing that did perhaps change is Frank’s departure. He picked a lot of the movies and had a deep knowledge of and appreciation for them. We’re used to thinking of Frank and Trace as The Mads, but they were in the writer’s room, too, and they influenced how that went.

Well, Frank, Joel, and Trace in general. Because all three of them had left in between the two episodes that I’m referencing. But the point that I’m trying to make is about attitude, which kind of feels like it’s getting missed?

It could also be that I have no idea what I’m talking about, buuuuuut…

No, I get what you’re saying too and it’s also why I don’t like Rifftrax as much as MST3K. “Some movies have it coming” is just not where I approach these movies from. I enjoy cheesy movies, I don’t want to punish them, I want to joke with them.