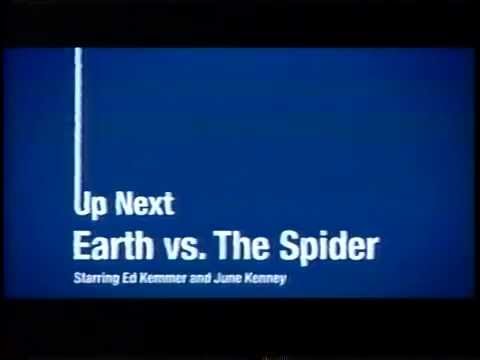 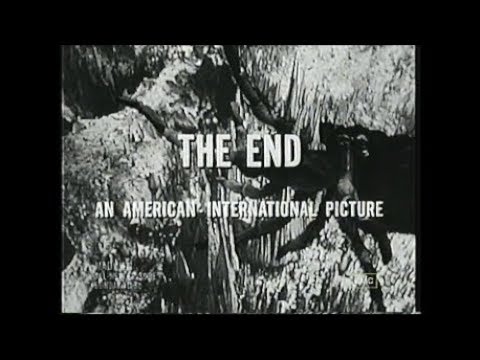 @optiMSTie Bert I. Gordon in MST3K. Where is this in the Mr. B.I.G. arena of MSTs?

I would have this ranked as the lowest B.I.G. episode of MST3K, but I wouldn’t have this pegged as a bad episode by any stretch (har) of the imagination.

What you have here is a case where the riffing of the short outshines the feature presentation riffing. When you have a short that extols the virtues of using “plenty of lip and tongue action,” you know you’ve got something gold ahead of you.

Their riffing of the guy in the stinger is particularly inspired, especially with Crow’s slurring of “Eh, I was under the bleachers at the ball game, and that’s when the cop chased me out and asked me what I was doing, yeah, pretty much…”

As for the movie riffing, I find that it’s at its strongest when it goes DARK (as in Union Pacific Railroad short riffing dark) as the guys imitate the insensitive jerk boyfriend as he tries to help his girlfriend find her father. One gold moment involves the boyfriend quickly throwing away the windshield from the wreckage of the father’s auto wreck, prompting Crow to say, “Oh, yuck, do you have any moist towelettes?”

And then later, when the girlfriend sees the truck and says “That’s what Dad was driving,” Crow has a brilliantly ghastly riff with: “Okay, you’re right, he’s dead, why can’t I ever win an argument?”

When that dark humor crops up, it’s a winner, especially with Servo’s “Mister Ohmygodcrunchcrunch? Look, spit out whatever you’re chewing and start over!” as someone overhears a giant spider-related death on the phone.

As is the case with Bert I. Gordon films, busting on the questionable special effects is a major part of the fun, too, like when Servo sees Flora M. Gordon listed in the credits for Assistant Technical Effects and chimes in with: “Uh, honey, hand me that Tonka truck, would ya?” Not to mention Joel’s “You know, that spider’s really neat, but there’s something really interesting on that wall over there.” Bert I. Gordon even has the audacity to put movie posters FOR HIS OWN MOVIES in this film, causing Servo to ventriloquize a movie theater manager accordingly: “Wait, aren’t you going to watch that wonderful Bert I. Gordon movie?”

Then you have all those choice wisecracks at the expense of another great riff target, the doofy sheriff, such as Joel’s “Nice smock, Gramps!”

This movie doesn’t go quite as exuberantly nutty as his other movies, which means there’s a little less wackiness to riff on (although you have to love how it’s rock-and-roll music that causes the comatose spider to snap awake and go on a rampage), but I still dig the experiment for what it zeroes in on. A Bert I. Gordon episode is ALWAYS appointment viewing for this show.

We have a god-tier host segment in the form of Earth Vs. Soup. I love how it establishes Crow as a screenwriter whose reach exceeds his grasp. You gotta love how the soup of the day was mixed in the same bowl as a batch of uranium-235, and how the killer soup in question is a bowl of California Cornucopia Jubilee that slithers around on all fours.

I also love the end bit with the essays on Bert I. Gordon, with Crow going characteristically lazy by referring to the director as “Bert I. Goron,” and thus having to be corrected by Joel and getting his chops busted by Servo.

I just watched this one again, and there really are some great dark riffs, with plenty of lip and tongue action. It’s a stronger episode than I remembered, and I really should work it into my regular old movie rotation.

Sweet! I liked it plenty when I screened it recently. The joking and experiment gelled well together. Joel, Crow, and Servo really went for it in the comments. I had a ball. 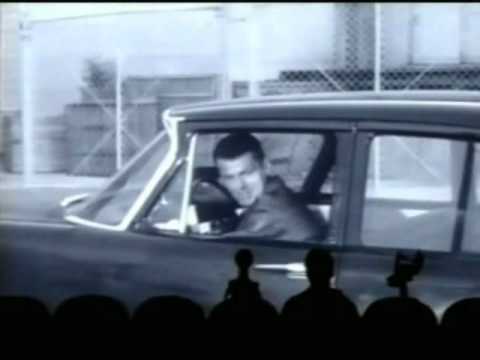 I saw this a while back. Strong first and second acts, but then the third becomes kind of blah. I loved the introduction of the mostly unlikeable ‘teens’ as it gives them plenty of unique situational humor. When the Spider becomes the main focus of the story, it becomes more standard.

And yes, Earth vs Soup Round 1 was great.

By the time I saw this Bloodlust was already a favorite of mine! So, it was kinda weird seeing June Kenney and Gene Persson as a couple here, being they were with Robert Reed and Joan Lora respectably in Bloodlust. Whatever the case, BIG’s movies never quite tickled me like Roger Corman’s or Coleman Francis’ or Ed Wood’s for that matter. Maybe it’s because Bert’s movies are actually decent! Tormented is downright good. Sorry Bert, your competency was your downfall!