The first of their two unconnected episodes of a one season wonder stitched together into a movie. In essence, it’s The A-Team with ninjas and some elements of Route 66. But if you think The A-Team is bad (and a considerable portion of the plots that series fielded were as poor as the title characters’ marksmanship), it has nothing on The Master.

The first half of the “movie” involves an evil businessman trying to claim a small airfield whose owner refuses to sell by any means necessary, so he can build a shopping center in its place. Then the second half awkwardly transitions to a San Francisco night club being harassed by a Tong syndicate for not paying protection.

The first half is notable for some recognizable guest actors. First and foremost is that the requisite damsel is none other than Demi Moore, in her pre-Brat Pack days. Then there’s the crooked sheriff portrayed by Bill McKinney. If you don’t recognize the name, you’ll at least know of his minor yet unforgettable role in Deliverance, which is practically the only thing many people recall about that movie. You know, “Squeal like a pig!”

The second half is more tiresome, mostly due to the actor portraying the Tong boss. He regularly employs these Shatner-esque pauses which are intended to make him sound menacing, but instead have him come across as self-important. Looking at this mess, you can understand why Timothy Van Patten switched from acting to directing.

Or he had a wheelbarrow’s worth of medical bills and couldn’t afford to retire.

This one, like Cave Dwellers, hits my hubby and me completely differently. He is endlessly amused, while I get so bored so fast I couldn’t follow the plot even if it grabbed my hand and pulled.

Source: Former boy in the 80s.

80s baby like me. I guess I was too busy with my My Little Ponies to jump on the ninja train.

Yep, we all wanted to be ninja pro wrestlers.

Y’know, I may have felt differently about this episode if there had been more of a ninja aspect to The American Gladiators or Guts or Double Dare or Legends of the Hidden Temple.

Cue all the nostalgia…

Yep, we all wanted to be ninja pro wrestlers.

My sister and I may or may not have built our own jousting platforms out of broom handles, pillowcases, and encyclopedias.

There may also be a hole in the basement ceiling…

Well, just remember that Tolkien couldn’t follow it, either.

Sorry, had that in my head all day thanks to this thread.

Exactly. He wasn’t the wealthiest Hollywood actor either. It’s not as if he had a massive fortune. His stardom came late in his career. He was a working actor and his health woes depleted that.

An interesting episode. It was clear that some money was spent on the show given the name actors that are in it. But, it’s also cheesy enough to land on Mst3K. I like the two Master Ninja episodes equally. They’re both well riffed and quality enough to be fun. They also featured two of my favorite 70’s character actors, Clu Gulager and Monte Markham!

I didn’t want to be a Ninja (or play with my little ponies). I was probably busy solving my Rubik’s cube!

One of my favorites of Season 3! It’s so silly, shallow and gimmicky it’s practically begging to be riffed. It also very action packed and moves at a brisk pace, so it’s a breeze to watch.

This would be one I’d consider for a prospective recruit. This is a really easy experiment that gives you a little bit of everything that makes this show so good! 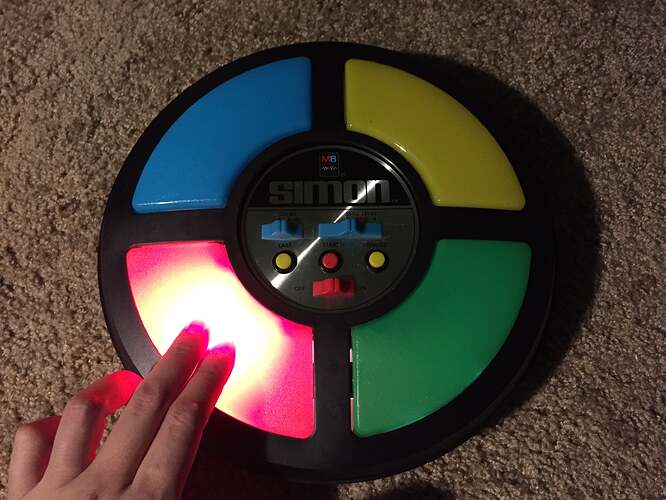 It was never the same after Trumpy’s visit.

This one is fun as hell! Okay, that van aside, it’s like @Sitting_Duck says: this “movie” has the feel and flavor of an A-Team episode, what with that whole “helping the helpless” thing while traveling around. They even allude to that vibe with Crow’s riff: “Quick, take a turn here on Stephen J. Cannell Boulevard!”

What helps, too, is that the director knows action. That’s Robert Clouse at the helm, who’s responsible for such martial arts works as Enter the Dragon, Game of Death, Black Belt Jones, and… well, damn, Gymkata.

I’m terrible for laughing very hard at the imitations of Max Keller, but forget it. It is what it is.

All of Lee Van Cleef’s ninja shenanigans are worth a laugh, too, but I’ll never not guffaw very very hard when we get the gang giggling and commenting on him being a “silly string ninja.” And then there’s his rivalry with Sho Kosugi, which prompts a tremendous Singin’ in the Rain “Make 'Em Laugh” reference. PLUS, as @FlyingSquid points out, you have those great jokes about Van Cleef’s stunt double in the ninja suit: “It’s Lee Van Petite!”

The first half of the episode is the greater bit of fun for me, and not just for the presence of a lozenge-needing Demi Moore. I mean, the nightclub plot of the second half has its fun, but that first half feels like prime 80s TV… I mean, cinema, and brings out the best in the gang. 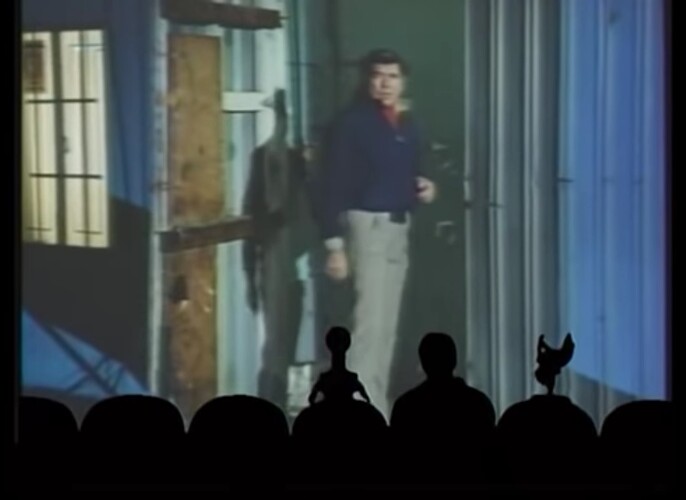 Case in point, this great part:

Joel: “You know, say what you want, but Claude Akins has a nice rump.”

Crow as Claude Akins AT JUST THE RIGHT MOMENT OF CLAUDE AKINS LOOKING BACK AT THE CAMERA: “You guys talkin’ about my butt? Ah, you crack me up, I’ve seen your show.”

And while I love Servo’s in-theater “TV car chase” song, the real champion of it all is Master Ninja Theme Song. Perfect way to give the fan mail some entertainment AND add some pizazz to the end credits.

Solid as hell episode. Like @ArtCrow said, this would be an inspired choice for an intro episode, since the host segments are choice and the riffs are terrific over a “movie” that doesn’t hurt too much.

The first half of the episode is the greater bit of fun for me, and not just for the presence of a lozenge-needing Demi Moore.

Hasn’t Demi Moore always spoken like she smokes at least a pack a day?

Hasn’t Demi Moore always spoken like she smokes at least a pack a day??

That she has, yeah, but here?

It sounds like she spent the entire previous evening screaming her lungs out at a concert or somethin’.

I didn’t want to be a Ninja (or play with my little ponies). I was probably busy solving my Rubik’s cube!