But enough about the script!

I wonder if the unnamed guy who offers the disinterested hostages cold fried chicken was literally the only Black person in the whole series. The Master truly was a beacon of sensitivity at all times, wasn’t it? [salutes]

I forgot to mention this in my write-up, but even in Star Force: Fugitive Alien II, you had those reprises of the forklift song represented there.

I would’ve loved to hear Master Ninja Theme Song over the end credits again or anywhere else, but… heh, I guess that wasn’t in the cards.

The Castle of Fu Manchu (1969) fell right between Master Ninjas. Joel even alludes to the tough slate of movies lately in the episode. It’s possible they were overwhelmed, distracted, or choose not to overplay their hand. They’re only human even if their track record was outstanding. I chalk it up to being the end of a very long season. 24 shows. 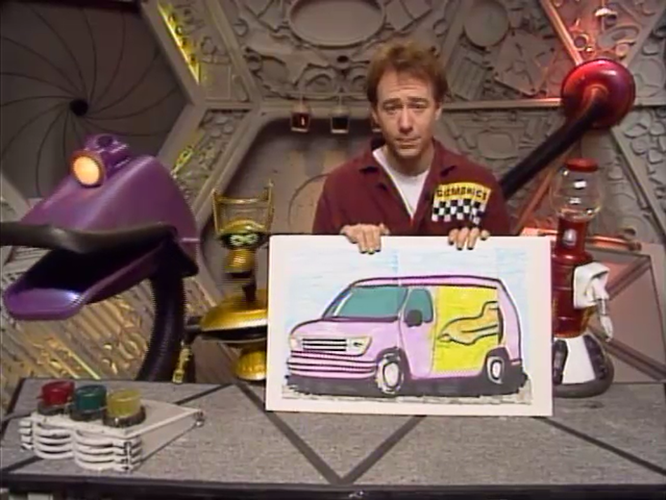 Oh, and that TV crimefighters and their pets host segment? [chef’s kiss]

Pure Genius that skit. Such an extensive grasp of those shows.

Master Ninja II isn’t quite as silly fun as the first one (as noted above: the stories seem a bit more serious here, especially the second “half”), but there are still plenty of great MST goodness here!

This and 322 are superb showpieces of what episodic tv was in the 80s. The bipolar nature of these fusions and the formula of themes emerging when grouped together. These seasons were a grab bag and Master Ninjas 1 & 2 make that clear.

I have to say: When I did a start-to-finish run a couple years back: My respect for Master Ninja II went way up after enduring the harshness that was The Castle of Fu-Manchu!

Me too! Hard not to admire that!

I love this one as much as MN one! More great guest stars, more fun!

Clu Gulager in Master Ninja 1 and Monte Markham in 2! It’s a cavalcade of 70’s character actors! Two of my favorites!

Another decent “ahem” movie. With above average riffing! I love cobbled together tv episodes. This one ranks somewhere below Riding with Death, San Francisco International and Code Name Diamondhead.

Look, I was alive and a kid at this time and while I always appreciated how cool ninjas were, I never understood why America was crazy for vans past 1978. I didn’t then, and I don’t now.

(You could have sex in them.)

In all seriousness, I’ve thought some of the stunt work in these Master episodes were pretty good. And I have to throw some love George Lazenby’s way, because he was the star of my favorite James Bond movie: On Her Majesty’s Secret Service.

Admittedly, Max would have difficulty there, what with his van being stuffed with a motorcycle and an ultralight airplane.