Between 1986 - 1988, Jim Mallon and Kevin Murphy were involved in an annual live broadcast at KTMA on New Year’s Eve. The program would last for a few hours, with Kevin hosting as Bob Bagadonuts as sketches and other programming was inserted in-between until the final countdown at midnight, which would see the traditional dropping of a watermelon at the KTMA building. Joel and Josh would also contribute material for the 1988 show, while a 1989 “best of” episode was done after everyone had moved away from KTMA to do MST3K for the Comedy Channel.

The 1987 show (which will be 35 years old this December 31) had a large ad in the Star Tribune, which announce it as the 23rd Annual New Year’s Eve Extravaganza - but every year of the show was the “23rd Annual” event. Here’s a rather too-dark copy of the ad, which had a great tagline, “Team23 - It’s the best we can do.” If you go to the WUCW website, they have links to see the programs from those years, as well as when they revisited the event in 2015 and 2016. 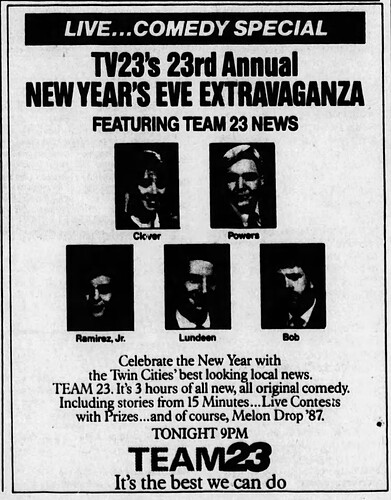 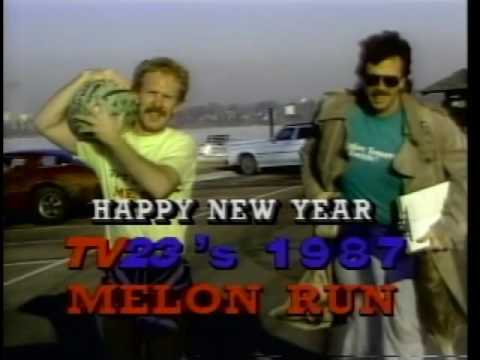