Titled Time Walker (1982) and renamed owing to FVI’s repackaging, Being from Another Planet scalded me in my adolescence BIG TIME when my recording of MST3K led me into this corpse. Goofy titles, dumb university, young people waiting to die. The Boiler Room was the monster’s runway and the movie uses it over and over. Austin Stoker? Darwin Joston? Where’s John Carpenter? Tragic Moments, the Jack Palance Impersonator Kit. Petrified poodle or Dead Man Walking? 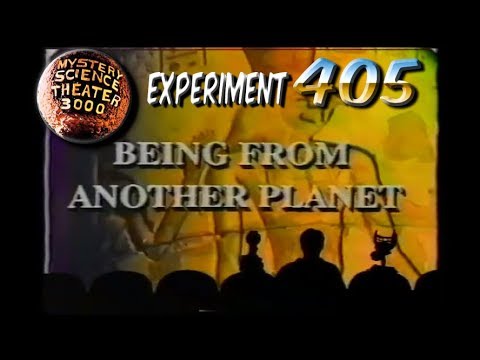 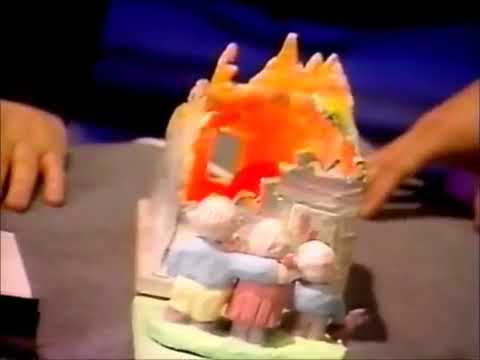 Both Inventions. Tragic and The Jack Palance Impersonator Kit. 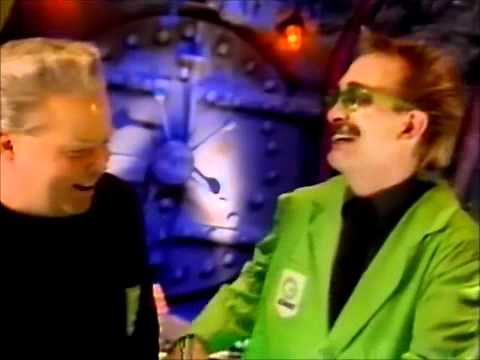 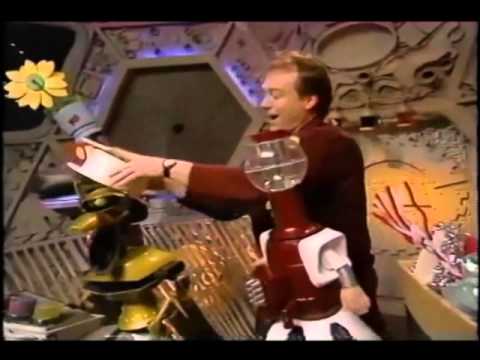 I remember being surprised when I discovered MST3K had a Joel-era Ben Murphy movie (who I strongly associate with Riding With Death, which I first saw years prior), so I was rather excited when I finally got a copy.

How is it? Not bad! The movie is rather droll and talky, but they manage to make it work. It’s one of those experiments I don’t go to often, but pleased when I do.

Plus, it has that great end credits bit where they go down memory lane with past episodes. Though Being from Another Planet isn’t as bad they try to make it sound, still a fun mini-skit!

How many other filmmakers (or film companies) have opted to re-title their movie in a way which spoils it before it even starts?!

Nowadays there’d probably be a skit built entirely around that.

Plus, it has that great end credits bit where they go down memory lane with past episodes. Though Being from Another Planet isn’t as bad they try to make it sound, still a fun mini-skit!

I always felt that this talking over the credits was rather unfair. I assume that it’s really because they had to show the credits and they couldn’t think of anything else to do (Not every long credits sequence can be TUSK!). There’s just no way they really think that this movie (which is mediocre at worst) is really worse than something like Robot vs. the Aztec Mummy which is five minutes of new footage and the rest in flashback.

And I’ve said it before but I’ll say it again (because here’s this topic devoted to the episode itself), while there are some parts of it that are a little hole-y, in reality what makes this movie bad is the ending where the writers seem to have thrown up their hands and just said, “I don’t know.” I wrote up a fix to this movie once that would have given it a real ending and it didn’t take very much. Even with the limited budget they obviously had, it would have been quite manageable.

However, beyond the movie itself, I like the riffing.

I remember this being “Time Walker “ at a friends house (pre MST3k)
I was always excited to get a glimpse Of what i thought Of as the space mummy movie. I know i got to watch it in full but remembered nothing about it till ep 405

Just tell yourself that Tom flew into such a rage over the crappy ending that he temporarily forgot how bad all those other movies were.

Personally, I don’t think the ending was any worse than the rest of it.

The part I like the least is that Sharpe caused most of the trouble in the first place and he lived.

I saw this film on one of the movie channels before it was riffed on MST3K. I really didn’t mind it. It’s not bad for a low budget horror movie.

Dean Bitterman from Rattlers is in it. Uh. Hm. The glowing rocks are sort of cool I guess? Mummy aliens or something… Zzzzz. Sorry, what were we talking about?

Yeah, this movie is BORING. So boring. The riffing is the only thing that makes it vaguely tolerable but the dullness is such a drag factor that its a tough one. 5 out of 10.

I also gotta say, I love the recurring gag of the Bots freaking out over the POV shot of the mummy. There’s also a lot of fun in the search for the missing mummy:

It’s a trip forgetting that the movie has Ben Murphy, who we give no ends of hell to for his mellowness in Riding with Death.

The movie has one of my favorite end credit bits with the argument over past MST3K experiments being worse than Being from Another Planet. You KNOW that Castle of Fu Manchu concession is right on the money.

Sometimes, the movie gets a bit too talky for its own good, but when it gets to those bits of action and suspense? We get GOLD out of that.

And I won’t stand on ceremony here: the Tragic Moments figurines represent the best of the Invention Exchange creations in my book.

Ah, weird space mummies. Who hasn’t had to deal with one of those at some point, am I right? Every time I watch this one I think “that was alright”, but for some reason I always kind of forget about it.

Weird fungi are actually one of archaeology’s common enemies, but they’re not usually this bad. Huh, I wonder, what happens if you mix a yetiglanchi and space fungus? Only one way to find out! You, bring me a security guard!

Oh, and I like second-least the fact that we’re supposed to like the Professor but he’s boffing one of his students.

At least she’s an adult. It’s iffy but this is a college, not a high school.

…and thinking of it now, what about that other guy, the one that seems to be a friend of the professor? Is he faculty, too? He doesn’t seem like he’s a student but he’s also dating a student.

My dad was a professor and my mom was a grad student, but she wasn’t his grad student. To be fair, their marriage lasted from 1964 until his death in 2016 so it worked out.