Hercules as a Daytime Soap? Laughing Man, The Waters of Forgetfulness, Mannequins. A movie about laying around. “Oh my love!!!” “My darling!!!” “I’ve hungered for your touch!!!” “A long lonely time!!!” He Said, She Said, The Gods Must Be Crazy, don’t drink the Evian I guess. Deaf Mute, King Lear, Lord of the Rings, too much love not enough pillaging. And half the calories. Wash and Wax Day, Decorator Roaches, The Steve-O-Meter, Grapes, The Fruit-Striped Gum of Stability, Cuddling and Kissing, The Meaning Of It All. “More sunscreen in aisle seven sir”, “Ok I know this movie. It’s White Men Can’t Row”, “Hey, if you like Giorgio, you’ll love Primo.” “This is the end of the story of forgetfulness” or “Frankie Avalon in Slave Ship Bingo”? 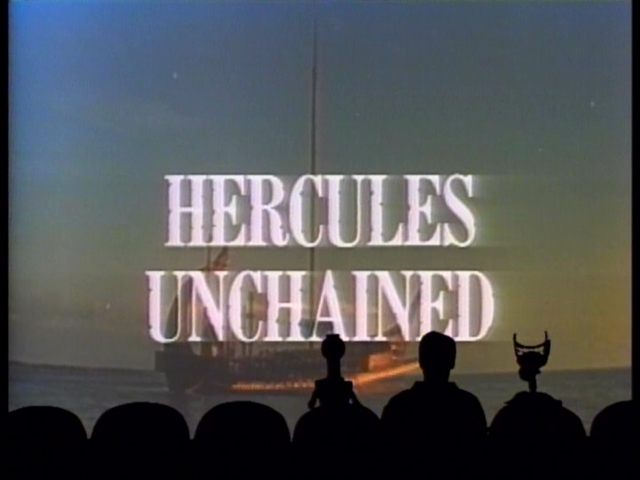 Favorite of the Herc episodes until Season 11’s The Loves of Hercules came along.

This was one of a handful of MST3K episodes that I first discovered by way of the MST Hour.

Wasn’t this your personal bar on when the Meh left the series? I recall you mentioning this by name when I asked the question. 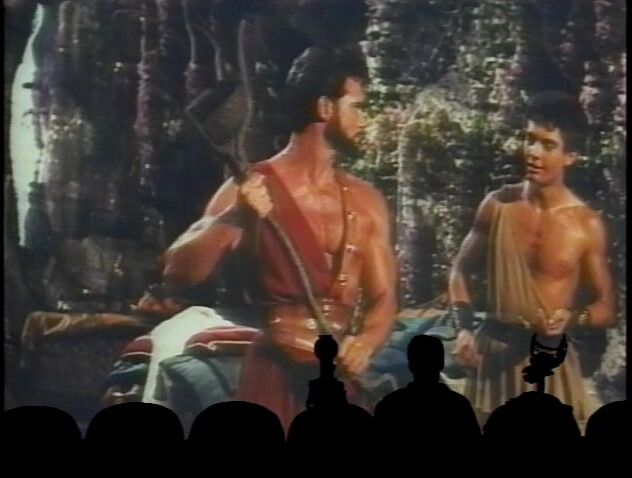 I found the quote. 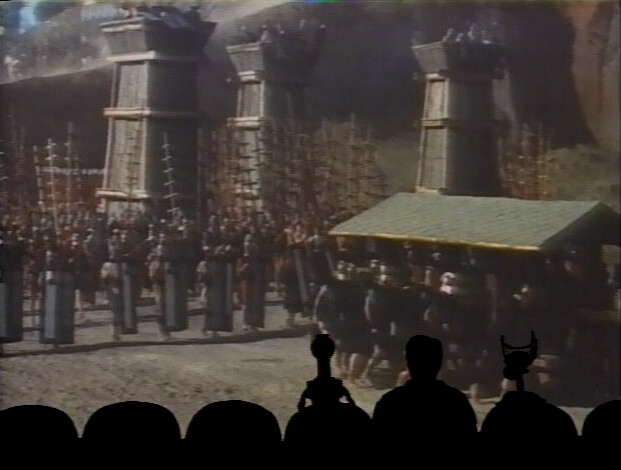 Wasn’t this your personal bar on when the Meh left the series? I recall you mentioning this by name when I asked the question.

If not the Meh leaving the series, then at least the series becoming far more uniformly and strongly consistent.

There’s so much good stuff going on here, like Herc’s battle with Antaeus (played terrifically by World Heavyweight Champion boxer Primo Carnera: “I wish he was on our side, he seems kinda fun!”), all the shenanigans with Queen Omphale (Crow as a Waters-of-Forgetfulness-addled Herc fails to bend metal: “Rats! Can’t bend it. Guess I’ll have to stay here with all the nymphs!”), and the wild battle royale at the end.

It helps that Steve Reeves makes for the best onscreen Herc that we’ll see on MST3K. He’s perfect riff fodder, and the gang wastes no opportunities with him.

It’s not only comfort food, but hilarious at that. It felt like a quantum leap forward from the previous episode The Killer Shrews, and the show was on an UNREAL STREAK afterwards. It says a lot that this episode represents a launching pad for that action, at least in my book, anyways. 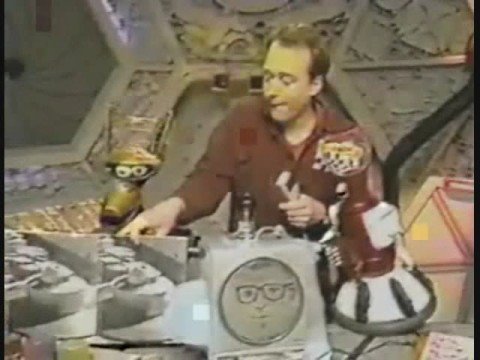 The Invention Exchange gives us Mike as Steve Reeves (who’s a doofy joy), and the Steve-O-Meter (no relation to Steve Reeves) is brilliant. Steve Allen references may fall by the wayside for this generation, but the exposition at the beginning makes it clear who he is and what he represents, so the jokes are still able to land.

Gotta love GPC as the Hellenistic ideal as well as the Bots pointedly asking Joel what was going on between Herc and Queen Omphale, but the mystic munchies host segment is an utter joy, especially with the elation on Joel’s face he digs into the Green Bean and French Onion Casserole of Happiness.

The Land of Attica. 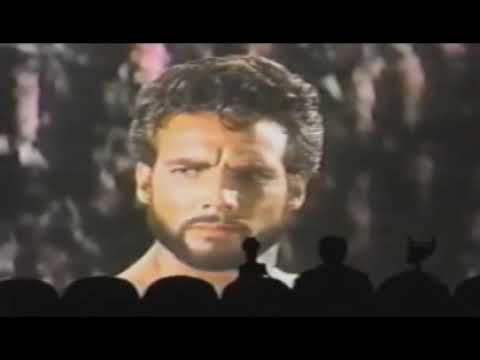 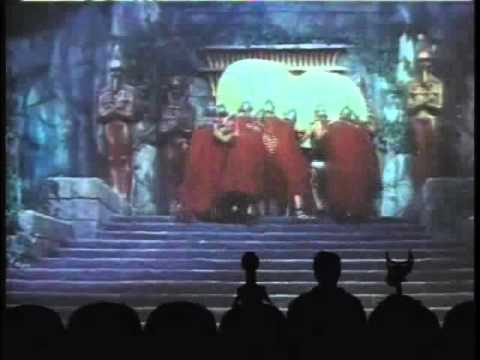 You Cut Me You Jerk. 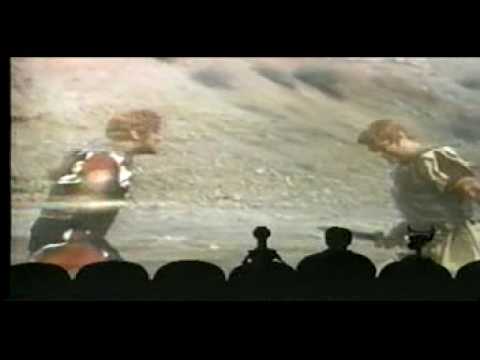 Oh yeah, this is the one with the… beefy guy throwing people around, and the… stuff happens.

Uh, yeah, I have a lot of trouble remembering which Herc movie is which. Apart from DEEP HURTING, of course. 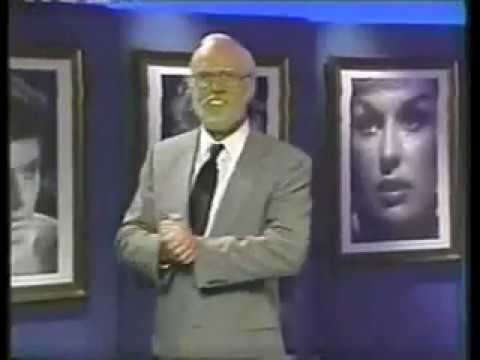 Not that that moment isn’t goofily done, but for my tastes for the stinger, I would’ve chosen the moment of Ulysses wriggling around and freaking out upon Hercules regaining his memory.

Not that that moment isn’t goofily done, but for my tastes for the stinger, I would’ve chosen the moment of Ulysses wriggling around and freaking out upon Hercules regaining his memory.

Stingers? This sequence has 3 or 4 moments by itself. 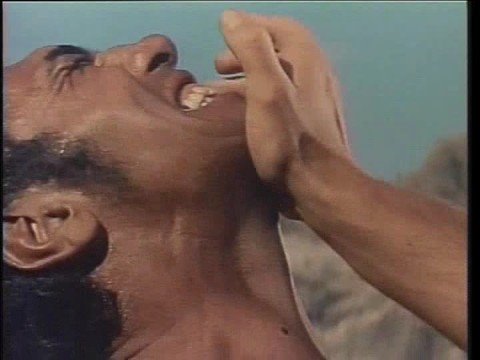 And more on the riffing of this overall? What examples hop to mind which convinced you this was a step forward? 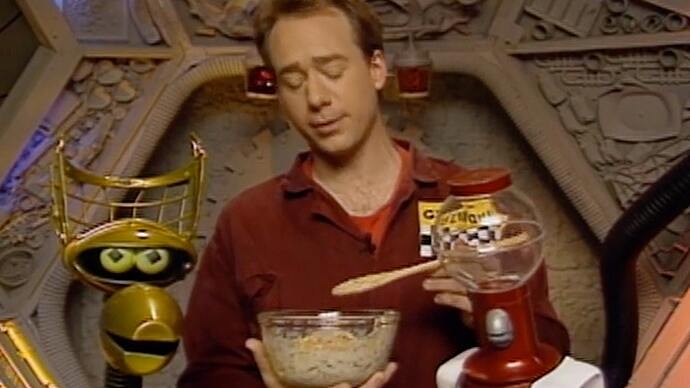