Manhunt in Space (1954) is nonstop serial. A 75 minute splicing of three episodes of Rocky Jones, Space Ranger. Soda Crackers: The Movie? United Planets, Cassa 7, artificial satellites, “Mr. Spock, could you please come to The Bridge…” This is the stuff George Lucas’s dreams are made of. Rocky, “Remember, The Force Will Be You. Always.” Black and White or Color, Beanbag Pants, Recycled Paper Clothing, General Hospital, Playing Soap Opera, Space This and Space That, Winky, Joel’s New Sound. “Wow look at all the Goji Fruits”, “Well I saw Howard Hunt in space”, “Look! It’s the MST3K logo!” “Heading out to Eden” or “Looks like you got the worst of it Ned”? 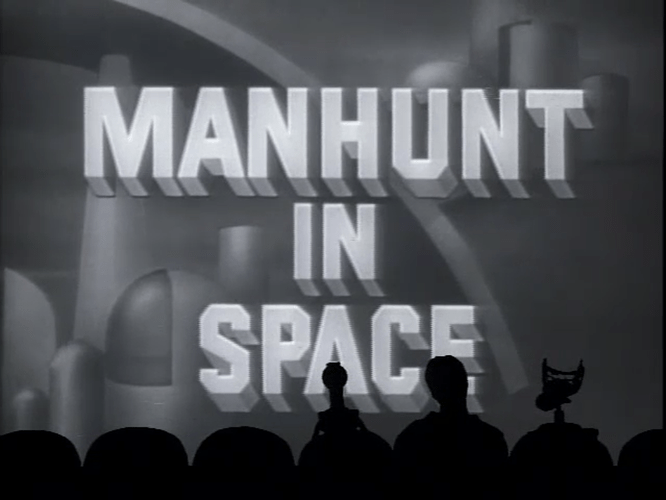 From Cassa 7 With Love.

Riffing of General Hospital. Dr. Hardy And The Hiatal Hernia.

And now, the continuing story of a former orthopedic surgeon who’s gone to the dogs.

The General Hospital shorts are just weird. They don’t have the craziness of the earlier serials to draw you in, leaving with with random snippets of drama around people you probably don’t know. They were an interesting experiment, but lucky for us the crew discovered the goldmine that is educational shorts.

The Rocky Jones episodes are goofy old sci-fi and quite fun when I see them, but they’re not ones I think about very often. Maybe we’ll get a rockets and rayguns themed month someday to give them some attention.

I find the two Rocky Jones episodes among the duller episodes. The General Hospital shorts don’t make much sense since we’re coming in during the middle of the story and the Rocky Jones “movies” are so boring.

I suspect most MST3K fans at the time wouldn’t have believed that the show would use vintage episodes of General Hospital as shorts, but here we are. The primary focus of this one involves a patient diagnosed as having a hiatal hernia, which her doctor husband had dismissed as indigestion. So, in typical soap opera pettiness, he’s sure to take this knock on his medical competence personally.

The main feature is another television series with multiple episodes strung into a “movie”. But since Rocky Jones, Space Ranger typically featured serialized storylines much like what would later be seen on Doctor Who, it avoids the awkward transitions common to these pseudo-movies. It could be regarded as the Battlestar Galactica (the 1970s one with Dirk Benedict) of its day in that, despite being popular with the viewing public, the ruinous overhead meant the show was not going to be sustainable in the long term. This set of episodes involves Rocky and his partner Winky (no, really) attempting to thwart a gang of pirates who have been raiding supply shipments for a recently established outpost. As was typical for science fiction shows in the early days of television, the science part is at best cursory. It’s never all that clear if the space travel depicted is interstellar or all within one system, with exposition on the subject often contradictory. There’s also the matter of Bobby. He’s one of the earlier examples of the snot-nosed punk whose obnoxiousness is taken in stride rather than resulting in him being shoved in a cramped locker. After five minutes of Bobby, Wesley Crusher will be tolerable in comparison.

I love both the Rocky Jones episodes. They’re in that irresistibly painfully earnest category in which I also slot later stuff like Future War.

Cleolanta and later, Trinka, honestly have better character development than almost any woman character in the first two Trek series.

“General Hospital” has some of their funniest and darkest riffs. I’d give just about anything for them to get hold of some of those perfect cheese slices again.

“General Hospital” has some of their funniest and darkest riffs. I’d give just about anything for them to get hold of some of those perfect cheese slices again.

Ooey gooey silliness. My gosh is this ripe for riffing. These black and white segments fit well and melt like Kraft cheese. Joel should score more. Rights issues and the general look of them disqualify those probably. 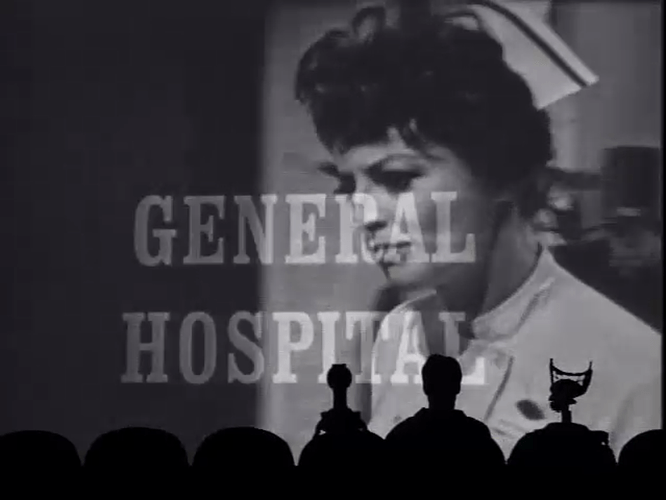 The General Hospital shorts don’t make much sense since we’re coming in during the middle of the story and the Rocky Jones “movies” are so boring.

The stories are contained enough. They work as one-offs. They function as shorts even if they are pieces of a bigger puzzle. Soap opera is emotional window dressing anyway and the repeated scenarios and limited options lend to the same tired formula. Not knowing who had cardiac arrest or a stroke prior to the hernia isn’t that essential for joking purposes. Most of us catch where the bodies are anyhow. 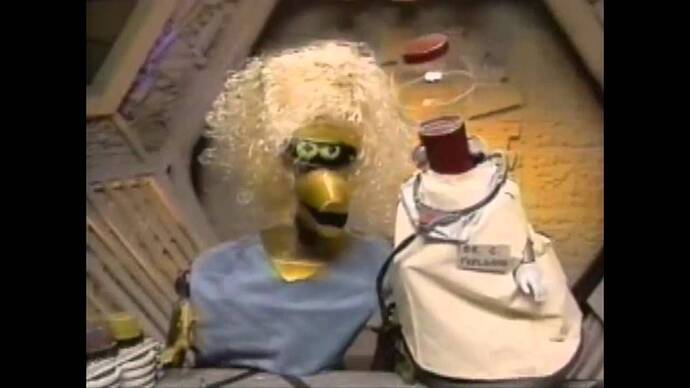 The Rocky Jones episodes are goofy old sci-fi and quite fun when I see them, but they’re not ones I think about very often. Maybe we’ll get a rockets and rayguns themed month someday to give them some attention.

I second that! These serialized stories meld well to the gentle ribbing of Joel and the Bots. The earnestness of the the subject meshes with the type of show this is and I kicked backed and grooved to the fusion of 50s serial and 90s retooling. 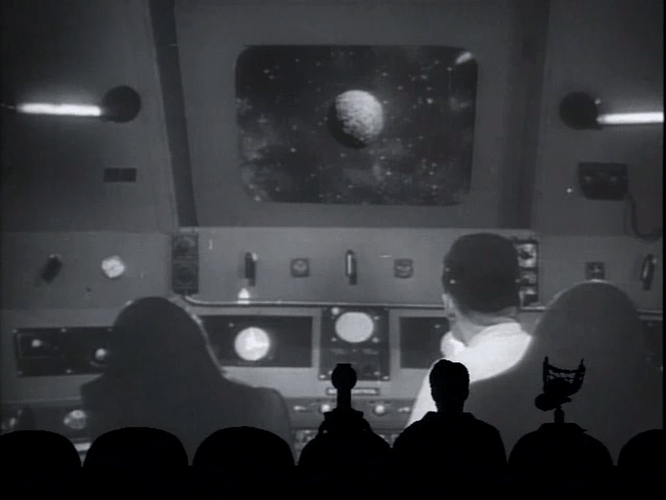 I genuinely like the Rocky Jones episodes! Crash of the Moons is the better of the two, but this one is also loads of fun! And the General Hospital shorts only add to it! I read somewhere that Rocky Jones Space Ranger was well rated, but just too expensive too keep producing. Lucky for us that someone pieced together episodes and made these beauties!

The three samplers of General Hospital are certainly an unusual choice (my guess is that they were a quickly thought out idea when they abandoned Undersea Kingdom earlier than expected), but I can respect that they tried something different.

The first one here is my favorite of the three because it offers excellent riffs like “Here comes Nurseferatu” and the running gag about the “Hiatus” Hernia!

Manhunt in Space is just a really fun ride. I’m always down for a Space Opera and this one delivers because of how silly, but earnest it all is. It has a cool “retro” vibe too!