A hip boring misfire reduced to yelling “ONLY KIDDING!” at the end. Missing astronaut, rising radiation, mumbo-jumbo, and dancing filter into this slow dull dud of an oops. Incoherent isn’t even descriptive enough. Two directors, a four year gap, half the cast recast, one actor gaining so much weight he’s brought back as the brother of who he was before. A Frankenpicture if ever there was one. “This has been a test. Had this been an actual movie, you would have been entertained.” Quite right. Worst ever contender or a big nothing? 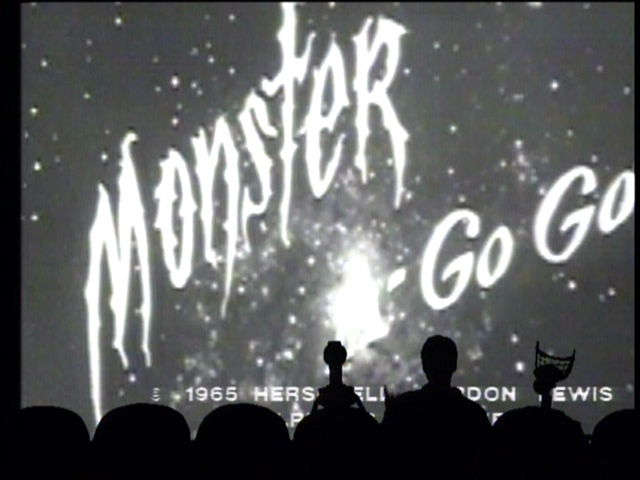 There was in fact, no monster, and if there was a monster, which there isn’t, I doubt it would actually quote “a-go-go”

As per the Amazing Colossal Episode Guide, I have to be amused by the fact that the host segments deliberately have nothing to do with the movie since the movie is, at its core, fundamentally about nothing (but not in a Seinfeldian way).

Anywho, the movie is strictly amateur hour, nothing good to say about it any which way, but the episode is fantastic.

I like to stay positive and avoid harping on things with the show that didn’t work (and I hate to keep returning to this particular well), but it felt like The Castle of Fu Manchu was a pedestrian non-effort.

Monster a Go-Go, on the other hand, while a more aggressively awful movie than The Castle of Fu Manchu, didn’t seem to weigh down the writing team under a blanket of “this movie sucks” comment. It’s a strong effort all the way around, and the gang keeps you invested in a movie that’s actively repelling you.

And the Circus on Ice short is a keeper, especially with how Servo makes Joel crack up at his “agents of Satan” song. 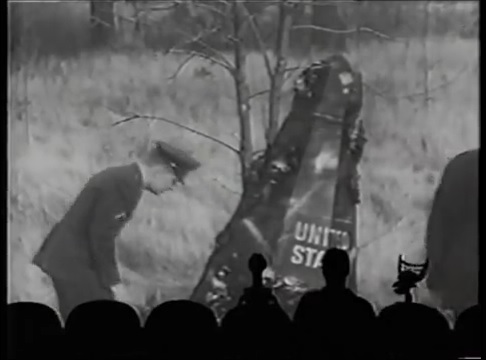 Narrator: “No doubt, this was the capsule Douglas rode in.”

Servo, trying so hard to hold back a laugh: "Douglas was pear-shaped, very short, and stood the whole way! 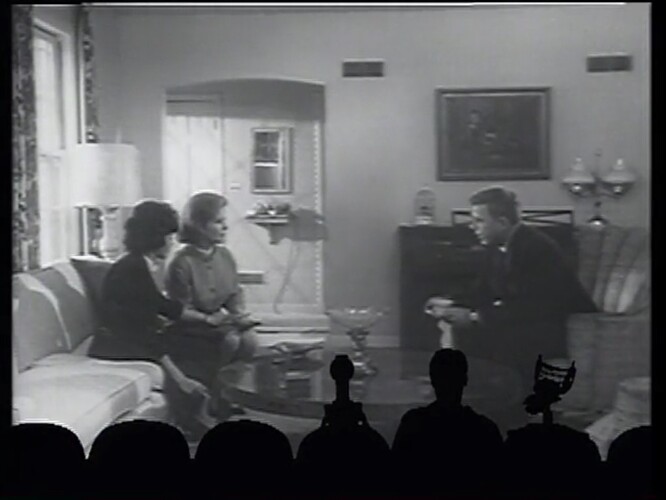 Crow: “This coffee is warmer than Frank is.” 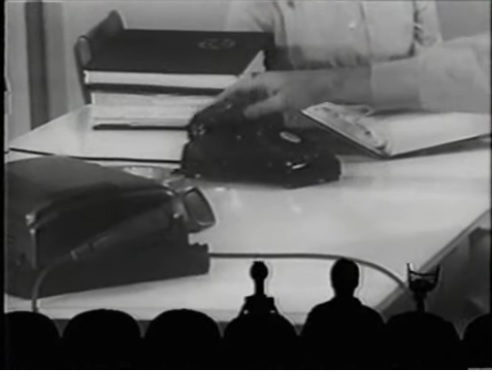 Man picking up phone: “Yes?”
Servo: “I made that phone noise!” 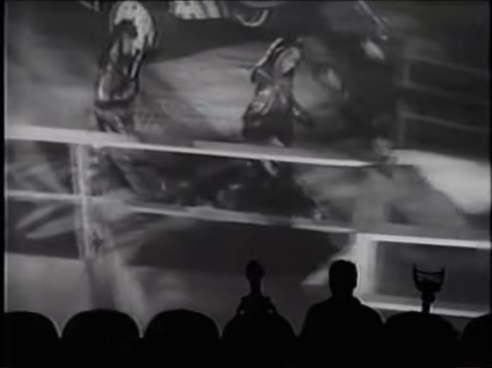 Narrator: “There is one terrifying word in the world of nuclear physics…”
Servo: “Oops!”
Narrator: “… radiation.”
Servo: “Oh.”

Oh yeah, this movie is bad, bad, bad. Nearly as bad as it gets, but alas, we all know it gets worse. I was not aware the background on the filming of this movie (thanks Bruce!), but it certainly explains how the movie ended up in this shape. The reliance on a narrator to explain what is going on in the actual movie you are watching is a sign of a troubled production, and it seems like those troubles ran deep.

Regardless, it is a solid episode with some great riffs. It also contains one of my favorite host segments “Johnny Longtorso”, the action figure who is himself sold separately. It hearkened back to my youth, when I would disassemble various action figures, and reassemble them with different parts. Despite being a product of the demented minds of the Mads, it is the one invention from the show I would have certainly begged my parents to buy for me.

Monster A Go Go and Creeping Terror are almost sister movies in that both of them are so fundamentally incompetent, so technically flawed, and so haphazard in execution that they really fail at being ANYTHING … let alone a ‘movie’. While they are both unwatchable dreck, it has to be said that Monster A Go Go is just a hair worse at everything than even Creeping Terror. That’s not a compliment. Creeping Terror managed to complete a narrative arc … if somewhat lamely. Monster A Go Go failed to even do that.

Perversely I gain pleasure from Creeping Terror (1964) whereas a Go-Go (1965) is 60s era tedium. Monster is stereo instructions contrasted to Terror’s insipid charm of obvious pleasures. Terror at least attempts genre while a Go-Go is unconcerned with any structure.

The crew has talked about how this is one of the few episodes where none of the host segments have anything to do with the movie, simply because there was nothing there in the movie to build on. I especially love how one person on staff clearly had this deep hatred for the Pina Colada Song and jumped at the opportunity here.

The Bravery Test of Bravery Tests. It’s stunning just how empty this movie is. It really is impressive how much Joel and The Bots are able to extract from it!

Classic Drive-In production story: Bill Rebane (Giant Spider Invasion) ran out of money and abandoned the project in 1961. The Wizard of Gore himself, Herschell Gordon Lewis picked it up in 1965 to fill a double-bill with one of his rednecksploitation flicks, and naturally couldn’t get much of the cast to return.

Up there with They Saved Hitler’s Brain and Merlin’s Mystical Shop of Wonders as far as production stories. 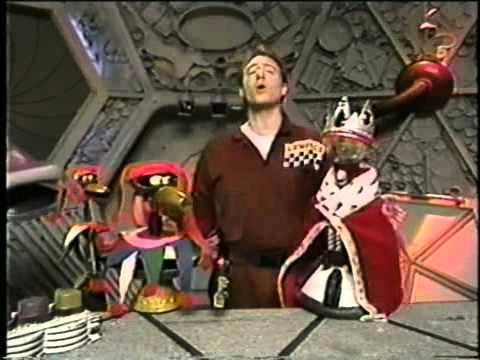 “Doctor Logan, puzzled by the results–”

The short in this episode, Circus on Ice, is actually kind of impressive

The short here is an absolute classic. If I’m not mistaken, this is the short where Joel has to tell the bots not to be TOO dark. It’s hilarious. The movie? Well, the riffing is good, but the movie itself is just awful (I know, isn’t that the point?). This one is hard for me to get through. The saying “even Joel and the Bots couldn’t save it” is pretty apt here. I know some see it as a classic, but it’s not in my regular rotation. Just my opinion.