Another Russian Mythic Tale. This around a Gusli player who boasts he’s capable of a capturing a sweet-voiced bird of happiness and sets out to bring it home. Around The World In 80 Days? Tryouts, rejoicing, deep sleep, maybe they’re looking for Kathy Lee? “If they could see you now out on a funship cruise!!!” “Recruiting lots of people and doing what you do!!!” Human sacrifice, The Newlywed Game, ohh Bob Eubanks!!! Not shown in the U.S. for almost a decade, Corman’s Filmgroup optioned and redubbed Sadko renaming it The Magic Voyage of Sinbad. Third Annual SOLtie Awards, Chinderwear, The Rat Pack Chess Set, The Junior Jester Club, The Sinbad Problem, Crow’s Quest, Catfish Puppet. “Hey, this is the credits from I Dream of Jeannie”, “Oh geez, it’s kinda cloudy on the lake today”, “Well this isn’t it, but it’s nice, isn’t it?” “Nobody seems to care” or “Where’s Waldo?” 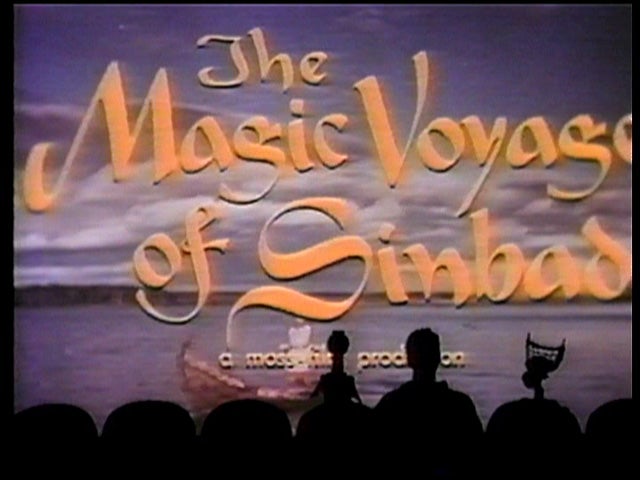 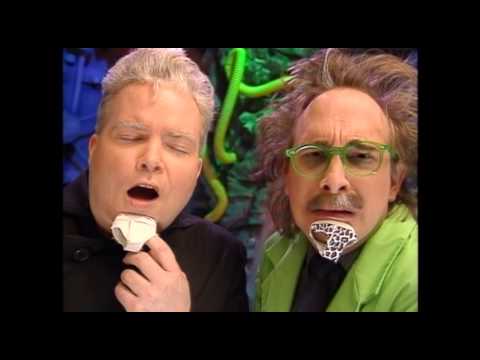 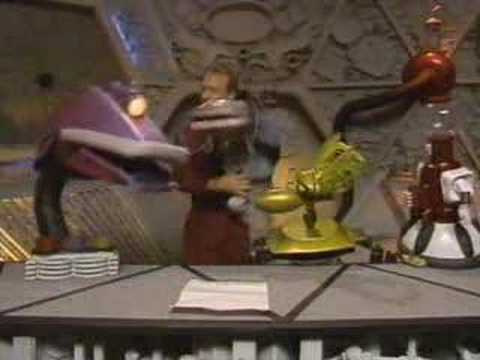 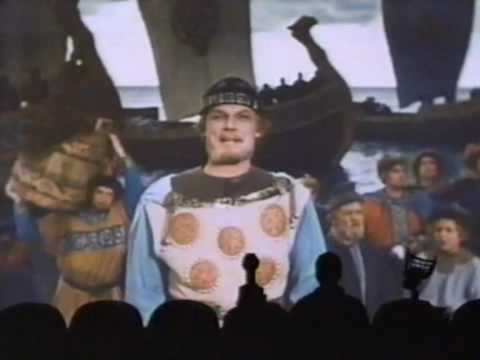 Sinbad Take It To The Bridge. 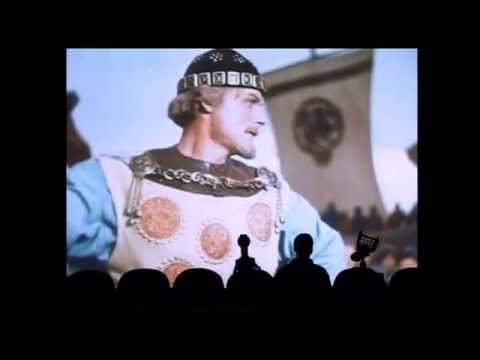 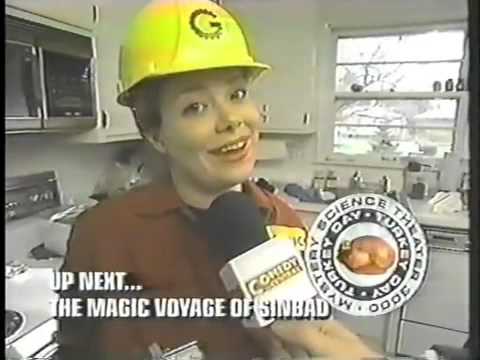 Another Turkey Day 93 Bumper for The Magic Voyage of Sinbad (1953). 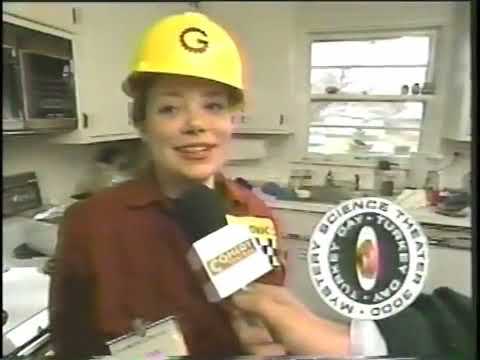 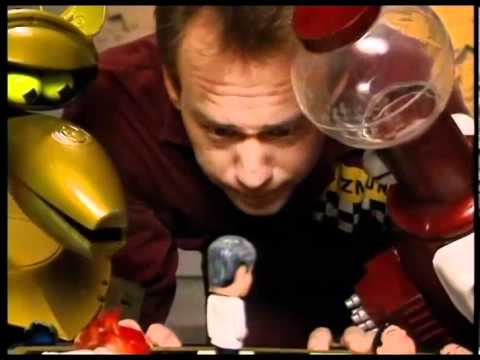 Let’s acknowledge the elephant in the room, shall we? That’s not Sinbad, either the legendary sailor or the stand-up comic. Rather it’s a renowned Slavic adventurer known as Sadko and this was originally a film version of the Rimsky-Korsakov (of “Flight of the Bumblebee” fame) opera. Though curiously enough, director Aleksandr Ptushko had previously been involved with an animated short called Sinbad the Sailor. Judging from the stills on IMDB, that was Sinbad.

The basic plot involves our hero going off on a voyage to find the Bluebird of Happiness and bring it back to Copasand (actually Novgorod). He fails miserably of course and returns without so much as a friendly chicken. But it gets proclaimed that the metaphorical Bluebird of Happiness had always been within them. Bah! Bah, I say! Bah!

Like the other Soviet-backed fantasy films that have been screened on MST3K, it’s colorful and bizarre. This particularly comes through during the third act when He’s Not Sinbad visits the kingdom of Neptune, with the catfish puppet and the disco ball octopus and the escape by riding on a giant seahorse.

Funny about one time I was watching this episode. During the Invention Exchange, my mom pointed out that Dr. F. and Frank are wearing their Chinderwear backwards relative to their chin butts.

Funny about one time I was watching this episode. During the Invention Exchange, my mom pointed out that Dr. F. and Frank are wearing their Chinderwear backwards relative to their chin butts.

Well, now that you mention it…

Magical Voyage of “Sinbad” is a funny episode for me. It really should be one of my favorites because its the next Russio/Finnish epic after Day the Earth Froze (which is one of my top 10). It is coming right in the sweet spot of MST3K history where the show was coming into its own and had national attention. All the ingredients are there.

But its so BORING.

I don’t know what it is about the movie … but it just seems like its nothing but filler after filler after filler and I honestly have a hard time staying awake through it. Joel and the bots do great riffs all the way through, but the movie itself really tasks my stamina. The plot is episodic in the extreme and (as we all know) ultimately goes absolutely nowhere so it all feels like such a waste of time.

That said, there’s some great riffing and the puppet bit at the end is one of my all time favorite host segments.

Ahh the movie about a voyage and the boat doesn’t leave the dock for the first 3/4 of the film!