Golan Globus? Jules Verne I hardly knew thee. Supermodel in ugly duckling mode is dumped by her boyfriend and soon receives a letter telling her that her father is missing. Flying to his last known location, she uncovers his notes then falls down a hole. Waking in the center of the Earth, Kathy Ireland searches for her Dad. “Paging Mr. Ator!!!” Ends of the Earth? Drill Sergeant, Vend-A-Gut, Fridge Udders, Guess The Supermodel, “My Wild Irish Ireland”, Guess Kathy’s Emotions, Frank Feeding The Machine. “Kiefer Sutherland is hot!”, “It’s your Helium addiction”, “His nipples are shrinking.” “Minnie Pearl?” or “Shark!!! Shark!!!”? 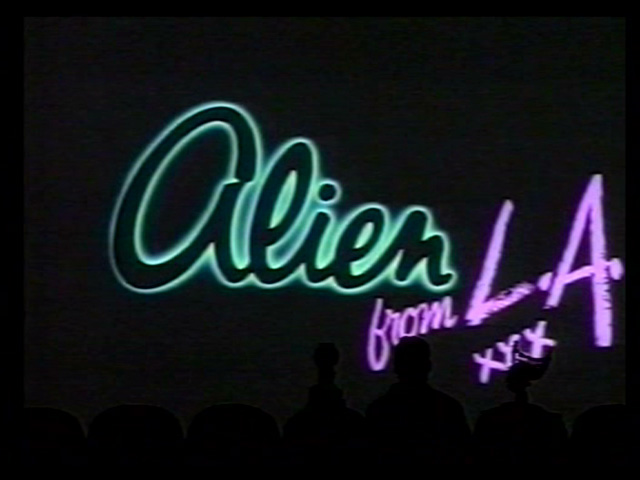 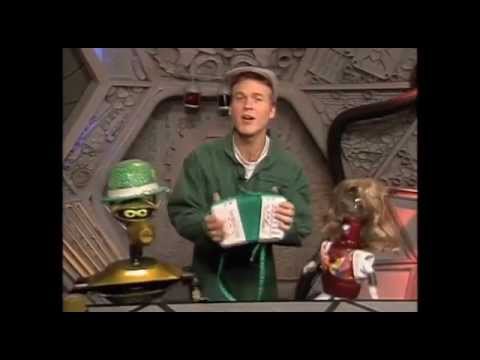 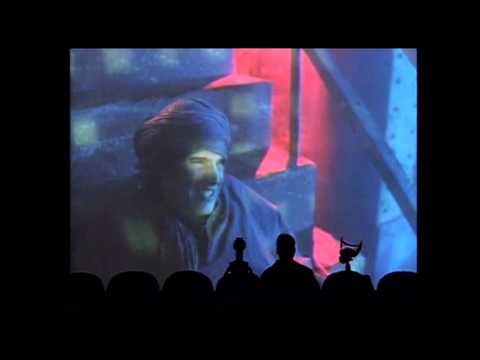 This movie is made for riffing. Everything about it is so insane that it might have been custom ordered. With so much high-budget crap in the cinema these days, the world needs the low-budget crap of Golan Globus/Cannon now more than ever.

Weirdly, the episode doesn’t really stick out in the memory, though. I know I enjoy it every time I see it, but for whatever reason it doesn’t quite hit top tier status. Good but not outstanding?

I hope they can riff the sequel next season or so. 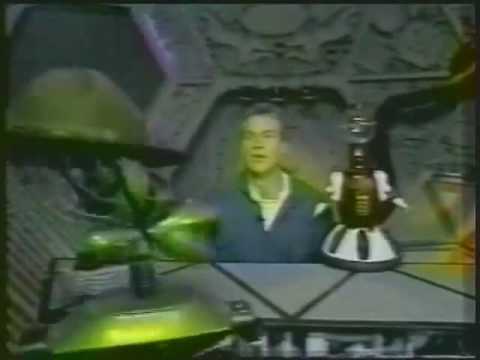 They actually showed this a few times on one of the local stations as a Saturday afternoon movie years before I saw it on MST3K. Made for a great episode. Just entertaining enough to be watchable, loopy and cheesy enough to generate prime riffs and skits.

This movie has one of my most-quoted MST3K lines, “my puzzler hurts!”

I saw it years before MST3K too. I liked it. The low-budget cyberpunk aesthetic does it for me.

I’ve seen this one once and my biggest takeaway was:

Hey everybody. I have an apology to make.

Hey ladies! Did you accidentally turn your man on? Just start squeaking like Kathy Ireland in Alien From L.A.! Mr. wyswysia asked me to please stop.

But seriously what in the world is going on with the whole underground society thing, especially with the TVs. It feels simultaneously like a lazy copy of something else but so utterly bonkers it has to be original.

The film industry has been known for shooting movies with a non-actor (usually a singer, athlete, or model) in the lead role for some time. The performances they give rarely make it above mediocre. In this respect, Kathy Ireland is no different in this film. However, she experiences a handicap that was common for silent film actresses like Dolores Costello and Paulette Goddard. Though they were easy on the eyes, the transition to talkies revealed speaking voices that could be tactfully described as unpleasant. But even they can’t compare to the ear-piercing squeak which Ireland emits. Not having seen any other media in which she appears, I can’t say for sure if that’s her real speaking voice or if it’s something the director had her do. I hope for her sake it’s the latter. Meanwhile, male lead William Moses affects this horrible caricature of what may be intended to be an Australian accent that comes and goes at random. Since these two do the bulk of the talking, it’s a torturous auditory experience.

The plot? It’s some underground hidden civilization setting with a production design that employs the grungy looks of 1980s science fiction popularized by Blade Runner. Honestly, I couldn’t tell you anything more. It’s that much of a mess.

I’d also like to note that Dr. Forrester’s Vend-A-Gut invention is also quite nasty, especially when you consider how this was before bill accepters that wouldn’t take anything less than fresh from the bank crisp existed.

I can’t say for sure if that’s her real speaking voice or if it’s something the director had her do.

She has said in interviews that the voice was a put-on suggested by the producers.

Vend-A-Gut seemed like a perfect encapsulation of how U.S. private healthcare providers regard their patients customers, and it still does.

Alien from L.A. is on my bottom half of MST eps. All the right elements are there for a great episode … but for some reason it just doesn’t rise to the occasion. The movie itself is dull, plodding, and has almost nothing that is memorable or even vaguely entertaining. Aside from Ireland’s squeaky voice I honestly can’t remember a thing about it except its some sort of hollow earth thing or something. This extends to the riffing. There isn’t a single riff in this stinker that I can recall sticking out. Usually there’s a few riffs in every episode that I want to cull as a sound file … but with Alien from L.A.? Not a single thing seemed worthy to make the effort.

It gets my lowest score for an MST episode … FOUR thumbs up.

The “dull surprise” callback originates from this episode, but that comes from “Guess Kathy Ireland’s Emotions” game in a host segment, so not technically a riff. The only other one that sticks out for me is “They might run into Spinal Tap back there.”

I do actually like this episode, even though it is not one of my favorites. Vend-A-Gut is a classic host segment, and the others are pretty strong as well. It is obvious that the film does not take itself seriously, and that kind of film seems to be hard to land good riffs on. Unfortunately, Ireland’s intentionally grating voice is not quite evened out by her easy-on-the-eyes appearance. It is that one choice that makes this movie less watchable, and I think it hurts the watchability of the episode as well.

Absolutely one of my favorite episodes. Maybe even close on the heels of Puma Man and The Outlaw (which has a similar premise).

That’s an episode I love a lot. Don’t know if I’d rank it in my Top Ten, but probably Top Twenty. It actually breaks my heart a little because with just a bit of a bigger budget, a more plausible lead, and better world-building, it could’ve been a goofy cult classic in the spirit of Buckaroo Banzai.

I don’t think you can lay all the failure at Ireland’s cute feet, either. Sure she’s miscast and badly directed. But the writers also didn’t know how to show her character genuinely coming out of her cocoon and turning into the super-confident glasses-escaper she was at the end. As Mike remarks, she gets treated like a barge of medical waste through much of the story. Also, to be really nitpicky, they couldn’t let her be single and independent for a solid minute before Charmin showed up. Another type of storyteller could’ve wrung one hell of a horror-suspense tale out of Dude from another world wants you so bad that he stalks you all the way from his underground reality to yours. [shrug] Ah, well. What might’ve been…

The closing segment with them all being well-versed in “chick flicks” but in denial about it? CR-A-A-A-Z-Y.

They do fix the voice issue in the sequel, but I’m not sure that necessarily saves the movie itself.

I can’t say for sure if that’s her real speaking voice or if it’s something the director had her do.

She has said in interviews that the voice was a put-on suggested by the producers.

Vend-A-Gut seemed like a perfect encapsulation of how U.S. private healthcare providers regard their patients customers, and it still does.

She sounds the same in the tv commercials she did back then. Couldn’t act in those, either.