“As a special treat, your movie this week is a little bit of a change of pace. It’s about a bunch of astronauts who go on a space mission back in the 50s. It’s called 12 to the Moon.” A planet for two? MEN IN SPACE!!! A frequent genre in MST. The brightest among us hopping on a rocket ship. The world united to explore Deep Space. Darting across the stars, crammed into a model, plenty to see but so little legroom. Where’s Matt Damon? Tea Party, Roasting Dr. F, Tom McEnroe, Design For Dreaming, Nuveeena, Packing To Leave, Bots As Appliances, Cookie Dough. “Oh wow, this is going to be great. It’s got a rocket and everything”, “Tonight on Space Court”, " Wow, I think I’m in this." “Are these the 12 that are going to the Moon?” or “Oh who dumped Dry Ice on the console?” 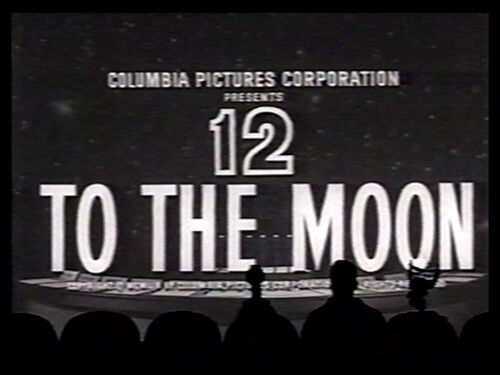 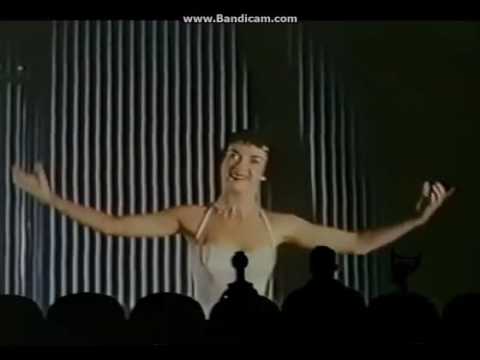 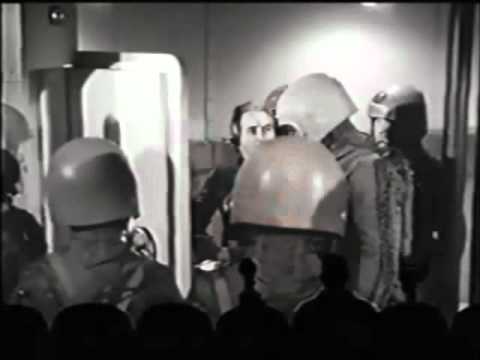 The Many Names of Captain John Anderson. 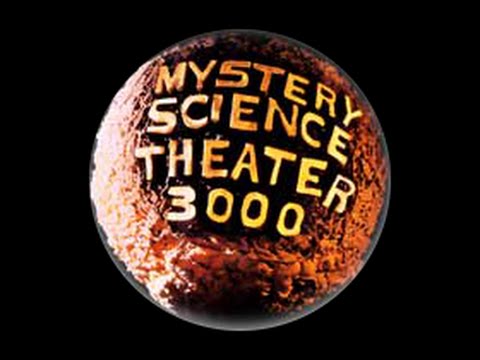 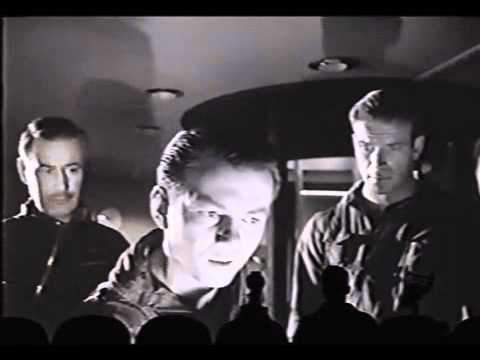 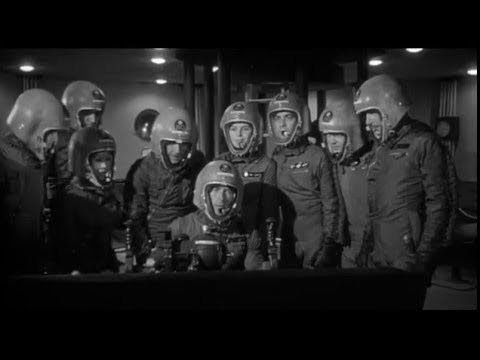 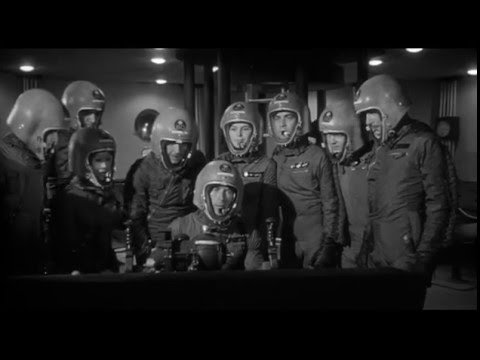 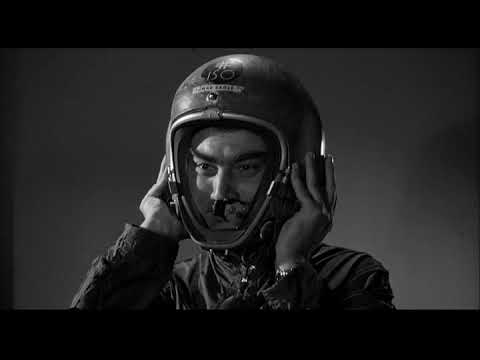 I know I’ve seen this one. The shorts and host segments are familiar, but I have no real memory of the film itself. After looking at a plot summary there are enough things I remember to make me sure I watched it at some point, but none are detailed enough for me to actually picture any of it. It’s very weird.

Anyway, Bridget’s Nuveena was a real treat, as always when she turns up playing some weird character.

The ‘invisible face shield’ counts as one of the all-time most ridiculous conceits in an MST3K movie. It’s right up there with the phone ‘ringing’ in Monster A Go-Go.

12 to the Moon angers me in a similar way to Rocketship X-M, but maybe a little moreso since it had 9 years to think about the dated drivel put into the script.
First Spaceship on Venus was released in the same year, and while hokey, with bland cinematography, I’ll take the happily-working-together-to-deal-with-the-unknown type of Sci-Fi it offers over this international racist sexist hate-fest.

The only redeeming factor this movie has is it’s cinematography, done by the a legend of the craft, John Alton. He could take a low-budget affair and turn it into visual quality.
This movie and Elmer Gantry (both released 1960) were the last movies Alton worked on prior to quitting the business. Only to come out of retirement for a 1966 episode of Mission Impossible.
While IMDb trivia can be unreliable, I hope this quote attributed to him is true:

I stopped because I wanted to live. That was no life, to work at the studio, get up at six every morning and fight the producers. I had enough. I looked at my bank book and I said, ‘That’s it!’

I like to think this movie was a contibuting factor to the above sentiment, cause it gives me even more of a reason than I already had to despise it: It likely had a hand in causing an artist to stop.

Luckily Alton’s story doesn’t end sadly, again according to IMDb, he vanished from public life, went travelling with his wife in Europe for a few decades, only to resurface in 1992 to personally request attendace at Visions of Light, a documentary about cintematography that featured some of his work. He died in 1996.

Anyway, 12 to the Moon sucks harder than leftover scripts from a half-season sitcom. However, Alton’s other work in cinematography is worth looking into, he was all about it during his career.

They really shouldn’t keep pairing these wacky color shorts with bland black and white features, since the former always ends up overwhelming the latter. The short is a promotional piece for the 1956 GM Motorama that features a lot of dancing and awkward singing, as well as a presentation of a future that didn’t really pan out. A bit surprising is how it’s directed by William Beaudine, a director so notorious for rushed and slapdash shooting schedules as to make Roger Corman look like George Stevens in comparison. The elaborate nature of this production is a far cry from the cheapie westerns he normally cranked out.

As for the feature, in many ways it can be regarded as an American counterpart to First Spaceship on Venus. Both feature a multinational rocketship crew journeying to another world where they get a less than friendly reception and not all of them make it back. Of course, there are some differences. For instance, the token black guy is not killed off in an undignified fashion. Or at all. Even so, it’s a mediocre effort with ham-handed moralizing and very unconvincing sets.

Fun Fact: The masked man in the short is voiced by Thurl Ravenscroft (don’t we all wish we could have such a cool surname?), original voice of Tony the Tiger. He’s also known for singing “You’re a Mean One, Mr. Grinch” in The Grinch That Stole Christmas and all the goblin songs in the Rankin-Bass adaptation of The Hobbit (still better than the theater release trilogy).

12 to the Moon is a lousy, formulaic movie but the riffing in this one was top notch. They hit all the right targets and did so with almost casual flair. So while the movie is a drag, this is one of my favorite episodes with some of my favorite riffs. To this day when someone asks me to do something ridiculous, I will say, “And now I’m activating my wings … and I’ll fly!”

I found it hilarious the first time I watched with how cheap everything looked (Hello obvious pool chairs!).

As for the feature, in many ways it can be regarded as an American counterpart to First Spaceship on Venus.

12 to the Moon angers me in a similar way to Rocketship X-M, but maybe a little moreso since it had 9 years to think about the dated drivel put into the script.

Good calls on those parallels! This one also put me in mind of The Phantom Planet, even though we didn’t go to the outlandish extremes of our space explorers getting shrunk down and engaging in combat rod fights. Not only do the tone and flavor and feel strike me as similar, but both movies also give us Francis X. Bushman (the elder Sessom still maintaining authority as the Secretary General), the secondary asteroid antagonist Anthony Dexter as Luis, and the guy who speechified about the good and the beautiful, Richard Weber as David.

Yeah, the movie is embarrassing in its cliches and stereotypes, but in typical MST3K fashion, the gang is able to run roughshod over that in prime style. For one, you have all those stupid macho nicknames for our American astronaut, kinda serving as a prototype for the same nicknames we’d get for David Ryder in Space Mutiny a few seasons down the road. That, and the film doles out ridiculous caricatures, but the riffers hold them up to scrutiny by exaggerating accents on their own and, for instance, ventriloquize the French astronaut as “want(ing) to have long bread and cheat on my wife!”

What helps to put me in mind of Rocketship X-M are all the dumb and hokey science-y things that date this to no end. Yeah, you have the ridiculous invisible face shield stuff that @FlyingSquid points out, which in turn prompt Crow to declare: " “Now I’m activating my wings and I’ll fly.” You also have all the goofy sci-fi movie physics in this, too, with Crow blurting out: “Walk slow and stupid, we’re on the moon!” That doesn’t even get into Servo losing his head (not literally this time, thankfully) over the existence of plumes of steam in the vacuum of space.

Overall, this one’s pretty decent in my book. There are hills and valleys that correspond with the film kicking into low and high gear, and the stuff that cooks REALLY cooks. Perfect for an MST3K double-feature with the similarly solid Phantom Planet.

Don’t forget when they exit the rocket and you can see the studio lights at the top of the screen.

They really did go hard for the “At Least You Tried” award here. At least things would improve by the time Marooned rolled around!

I hate to defend any other aspects of this movie, but that’s due to the version on MST3K being open matte, we’re seeing more than intended. (Though in this case, I’d say the whole film should be matted out, lol!)