At first I was mad that I always fell asleep during this one, but then I began to use it that way for some time.

We have a visual ID on NUMNUTZ…

Ooh yeah, that smooth Starfighters music. If that doesn’t get you in the mood for some refueling, nothing will.

It’s such an awful movie, but the riffing makes it… well, watchable’s a strong word, but bearable. There’s some good sketches in there, and who doesn’t want some of Cowboy Mike’s Red Hot Ric-o-chet BBQ Sauce?

I’m gonna agree with the others: movie’s terrible, but it’s a very strong batch of host segment, and for me the Academy Choir is a top-ten all time segment. Thank you for your service, Starfighters.

I remember enjoying this episode. Also, apparently the Starfighter is en route to help out with launches some time soon. 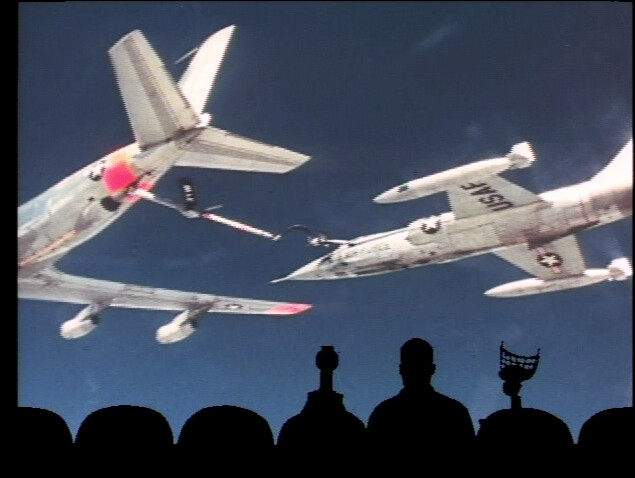 Maybe, but Refueling is a heck of a lot more suggestive than Rock Climbing. Absolutely nothing goes on in this flick, but I’ve always thought the planes were cool, especially that double-rotor rescue chopper.

As droll and repetitive this movie-like product is, there’s something oddly fascinating about it. It’s a lot of “nothing” but there’s just something… curious about it.

Because it’s light on dialogue, this leaves lots of space for great riffing! The gaps do allow them to weave some really good narratives even when the movie is giving them nothing but refueling.

There’s a really great “meta” sequence too when they talk amongst themselves and review all the ways they’ve tried to describe the refueling!

And of course: POOPIE SUITS! They feel like a reward for sitting though the movie.

The Host Segments are exceptional and really take significant edge off this episode. “Cowboy Mike’s Ricochet Barbecue Sauce” is among those sequences I like to cue up when I need a quick laugh or pick-me-up!

If I know exactly what I’m getting myself into: The Starfighters can be a lot of fun. The movie is Bravery Test-level, but they extract so much good out of it. Really shows you how locked-in they were by Season Six!

It’s what makes courting go round! 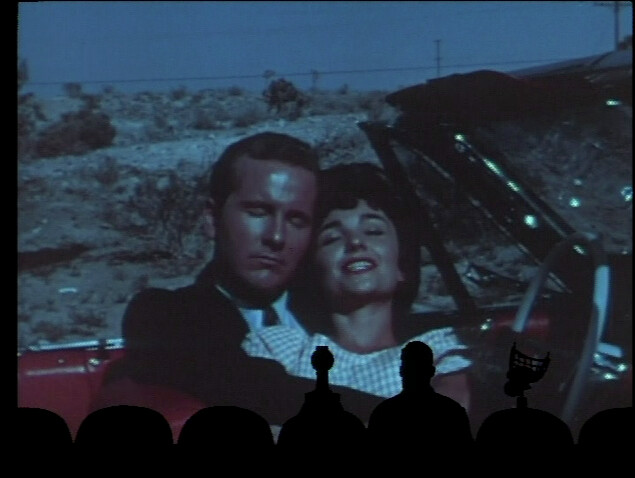 and who doesn’t want some of Cowboy Mike’s Red Hot Ric-o-chet BBQ Sauce? 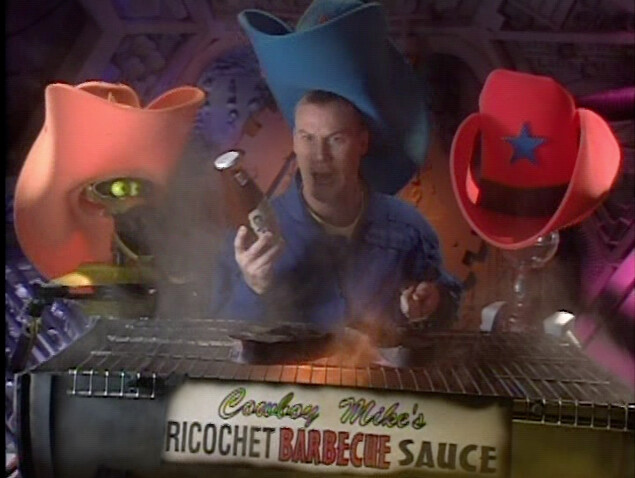 Is this the sequel? 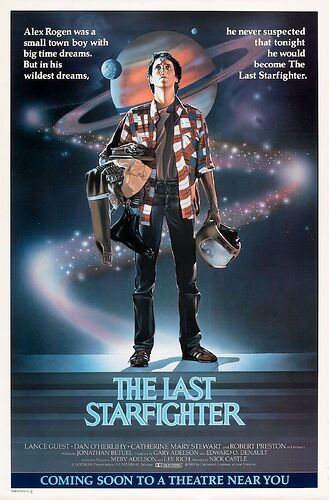 The pun was too good to resist!

Come on steak, YOU WANT SOME?!?

“Mooom, can we have another starfighter?” “Okay, but this is The Last Starfighter!” “Hooray!”

Now, if the late Bob Dornan starred as Alex Rogen in The Last Starfigher that might be interesting.

It’d be a heck of a lot shorter, that’s for sure. “I’m not working with any aliens! Who do you think you are? Go back to where you came from!”