My oldest son is in the Air Force, so this one is dear to me. And what’s funny is he’s barely heard of the F-104. He flies what Witkowski’s father would refer to as “the heavy stuff”. Anyway, I digress. This is such a fun episode! There is sooooo little plot in this one. And the acting is as bad as it gets. As Crow said " the pilots did their own acting" and oh boy is he right! The refueling scenes are pure Mst3K magic!

As an aside, the first time I saw this it was seriously cold and snowy outside, so crazy as it seems, this episode reminds me of winter!

Also, Bob Dornan was a Republican congressman from California. And he was a fighter pilot. He was critical of president Bill Clinton, but apparently the two were good friends away from the public. It was a simpler time in politics then!

It’d be a heck of a lot shorter, that’s for sure. “I’m not working with any aliens! Who do you think you are? Go back to where you came from!” 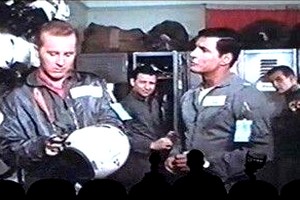 This reminds me of my favorite cocktail. Start out with your steak milk and add a splash of Mike’s Extry Bold Red Hot Ric-o-chet BBQ Sauce.

That’s nothing compared to The Killer Shrew. 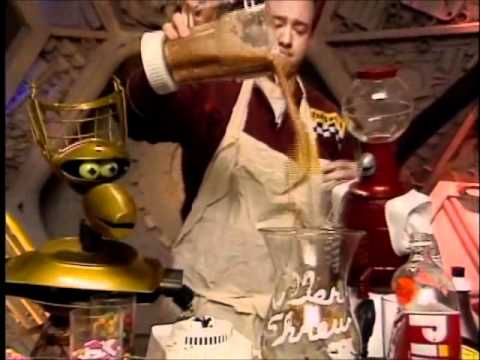 That dual-rotor helicopter design, gave me anxiety seeing it in action for some reason.

Also, the titular plane featured in the movie was apparently a terrible plane.

Yes. That’s why the “movie” was made. The F-104 was notoriously terrible. Which meant the company making them had a lot of trouble selling them. As has been quoted elsewhere on the boards: “You want an F-104? Get an open field and wait.” The things just dropped out of the sky. That wing sharp enough to cut vegetables that they’re so proud to demonstrate? Not only is it a hazard on the ground, it makes for terribly unstable aerodynamics. Also seen in the movie: The planes were sent to Europe because the unwanted extras were being foisted off on our NATO allies.

So the company decided the way to convince the government to buy more of these duds was to… Make a feature-length advertisement disguised as a movie. However, the filmmakers did not have permission to film any new scenes of the planes in the air, and only had brief limited access to them on the ground. Basically all they had to work with was stock footage of refueling, stock footage of routine maneuvers, stock footage of bombings on the testing grounds, and stock footage of a simulated emergency landing.

The one part they did take the time to write was the subplot (can you have a subplot if you don’t actually have a main plot?) about the recalcitrant Senator on the appropriations committee who kept checking up on his pilot son. That was the movie’s entire purpose and message. “The stodgy old fool. He was a hero in WWII, when warfare was all about bombers, but things have evolved. Now cutting-edge fighters are more important and prestigious. Buying more Starfighters is how we prepare for the future!”

It might have worked better if they’d managed to make the characters at all interesting. Or show anything even vaguely exciting that wasn’t about something with the plane having gone wrong. They were trying to make Top Gun, but they didn’t have Tom Cruise or Val Kilmer or Anthony Edwards or Meg Ryan or Jennifer Connelly or Kelly McGillis or… any talent at all, really. None of the model makers who could make aerial footage so realistic that the Navy sent investigators to make sure they hadn’t somehow illicitly filmed real jets. No Kenny Loggins. No… Well, you get the idea.

It’s a dud of a film trying to salvage a dud of a fighter jet. Which makes for excellent riffing fodder! With some fantastic host segments.

I was an Aircraft Armament Systems Specialist in the USAF in the late 80’s. I worked primarily on F-111a models, and was additionally trained on F-4s. Despite the F-104 being a newer jet than the F-4, with the same role, the F-104 was already out of service by the time I served.

Apparently the F-104 was stupid fast but it’s short, stubby wings made it hard to steer. Hence pilots would jokingly say “banking with intent to turn” while flying it

This was my very first exposure to MST3K and I thank Bob (Dobbs and Dornan) every day for it. Thank you for making us laugh at endless hours of mid-air refueling scenes.

All these comments hammering this “dud” of a movie, and the “riffing” and how the F-104 had a shorter service life than an iPhone battery , but not one comment on the riveting scene where the base commander receives a series of phone calls informing him that some of his aircraft have diverted to alternate airfields because of an incoming weather front?

Y’all wouldn’t recognize heart-pounding action if it Kramer vs. Kramered you smack in the refueling drogue.

I tough because I care.

Just as soon as I get my modem configured.

This is where I got my profile picture after all! 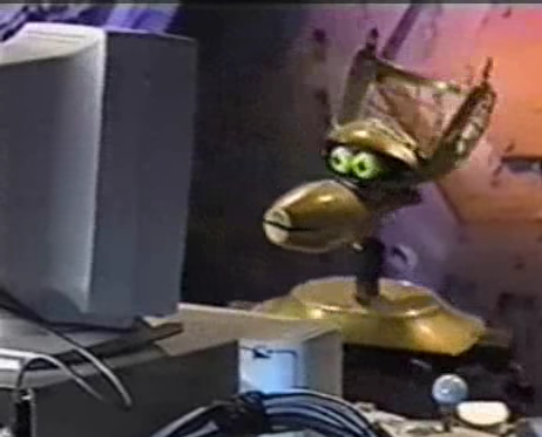 This is where I got my profile picture after all!

Now that you point it out. Awesome!

A weird oddity I discovered. Vaporwave.

My concept behind it was this “idea” that Crow is looking at the MST forums through his desktop.

I was watching that clip and was like “That’s it!” 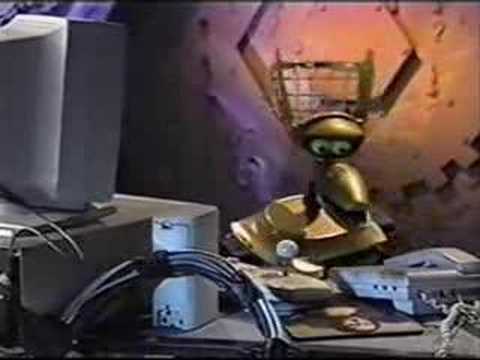 Worth posing this again because this whole clip is Trace’s puppetry at his finest. He really could bring out so much emotion out of the Crow puppet!

At the Pearl Harbor Aviation Museum they have a F-104. I had to stop myself from touching the wing to see if it is still sharp.