It does help when the wait times are long. I remember early in my career having to make an occasional call to the support line of the former Novell and hearing music and DJ’s with traffic reports for the wait times.

I kind of wish we still called the Internet the Information Superhighway. That sounds so much cooler.

Well, if not for the riffing on this movie, I never would have (probably) stumbled upon the strange life and times of Scott Thorson.

I still find this movie more appealing than The Skydivers, though (and I love Beast/Yucca).

I mean, true, but A. the Internet is no longer a novelty, and B. that’s a whopping six syllables.

Of all the upcoming Turkey Day picks, I couldn’t remember much about this one beyond “REFUELING, Crow vs. Internet Part II, & Kevin Murphy’s Servo Chorus”. So I gave it a re-watch and they really get a lot of good riffs in on such a non-event of a propaganda(?) film.

Regardless of the “filmmakers” intent, this is one of the greatest (pre-)Flower Power conversion films ever made, lol!

In trying to show off some casual military life and some of the guys in it, it pretty much makes it look like a dreary waste of time & money (the latter of which gets a few riffs) filled with horny layabouts just ITCHING for another war to kick into high gear.
It’s such an incompetently filmed and edited movie though, it doesn’t feel threatening, just laughable.
It’s all stock footage and point-and-shoot camerawork with zero flair to it; Some of the shots just look like someone colorized The Skydivers and edited uniforms onto the “characters.” Which is probably the harshest thing I could say about it.

(While a similar waste of celluloid, The Skydivers at least has the dance scene near the end filled with the only interesting people in that movie; In this small way, it’s better than The Starfighters. And, I don’t think Petey Plane’s Dad would allow any member of his family near any of these hot-shot planes, too good for the civilian air business. P’shaw! Phooey!)

It’s an utterly hilarious episode though, host segments and riffing in that above-average sweet-spot they had throughout most of Season 6.
I wonder if some people are gonna tune in just as the Servo Chorus host segment plays on the big day, would be a nice coincidence of timing to wake up to!

Back in the days of videotape, I used to watch the episodes in order, and every time I’d get to Starfighters I’d be like, ‘I don’t remember this movie. Huh.’

But now I’ve seen it enough times that I do remember it, and that does not make me happy.

HIGHWAY TO THE SNORING ZONE!!! 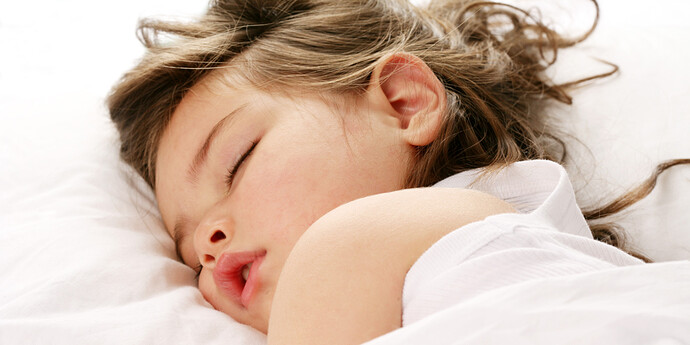 Can’t we all at least agree that Vice-Brigadier Sir Thomas Bullhead Servo looks very distinguished in his uniform?

Can’t we all at least agree that Vice-Brigadier Sir Thomas Bullhead Servo looks very distinguished in his uniform? 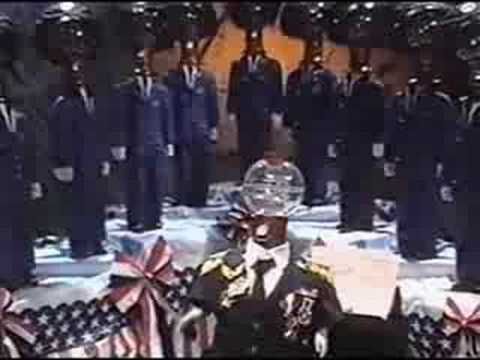 This sketch is a testament not only to Kevin Murphy’s skills as a singer, but also as a puppeteer. When Servo has his solo and the camera zooms in on him, the body and mouth movements are so perfect that I absolutely, unequivocally believe Servo is the one singing.

The end of this hymn always fills me with a desire to hear a chorus of Kevins sing a version of “Shenandoah”. Like butter it would be.

To explain some things that were buried upthread:

Lockheed had designed and built a fighter jet that was, shall we say, bombing. It was notoriously terrible. Difficult to control, hard to maintain, and a record of too many crashes. But Lockheed had invested a lot of money in designing and building these things.

Their solution? Make a “movie.” The movie’s target audience? Government officials. (Specifically the US Congress and whoever might have influence in military purchasing decisions overseas.)

“We want you to make a movie that makes our jet look cool. It should convince people they need to buy our jet. It should rebut concerns that the jet is a waste and a failure and prone to crashes and instead make Congress feel bad for ever doubting the plane. Bombers were all the rage in WWII, but we need to make it clear that the next war will be all about the fighters.”

“Uhm, okay. I’ll need some exciting footage of them in action.”

“You can film the plane while it’s on the ground. We’ll get you some stock footage from the testing and training grounds. And no cheating with special effects. It has to only be footage of the actual planes that we’re trying to sell. That should take care of most of what you need, so don’t expect a fancy budget, either.”

As noted, this is Top Gun, but without the writing, characterization, star-studded cast, special effects, budget, or music. It’s an assemblage of stock footage and talking points loosely held together with scenes of pilots talking about their exciting new airplanes and a harried commanding officer dealing with an overbearing Congressman who doesn’t get the value of the planes or understand that all crashes are the result of errors made by inexperienced pilots. It finishes with Lockheed’s last-ditch attempt to avert disaster: The planes being foisted off on sold to NATO allies in Europe.

So, while it is a propaganda film, it’s not the kind of propaganda you may have expected.

All of which leaves ample room for top-notch riffing and some stellar host segments.

This “movie” fails even harder than I thought it did.
Something about the looseness and (dare I say it) “unpleasant sort-of realness” of most everyone on-screen just made this seem conterintuitive as actual propaganda, to find out this is an ad for a hazardous aircraft makes too much sense.

It’s Sunk Cost Fallacy: The Movie, that’s amazing. There’s like a stereotypical car salesman ethos baked into this, like "should we just cut our losses, scrap these, and either try making a potentially better jet, or just going into a different business? NO, let’s spend more money on a movie to try to sell these heaps!

To paraphrase a Tom Lehrer song: “Once the [planes] have gone up, who cares where they come down! That’s not my deparment.” Only it is your department Lockheed, it is.

I should note: I haven’t watched Top Gun myself, or any other plane movie beyond Airplane! I think, so I haven’t commented on that, it’s one of those genres that never really hooked me.

As noted, this is Top Gun, but without the writing, characterization, star-studded cast, special effects, budget, or music. 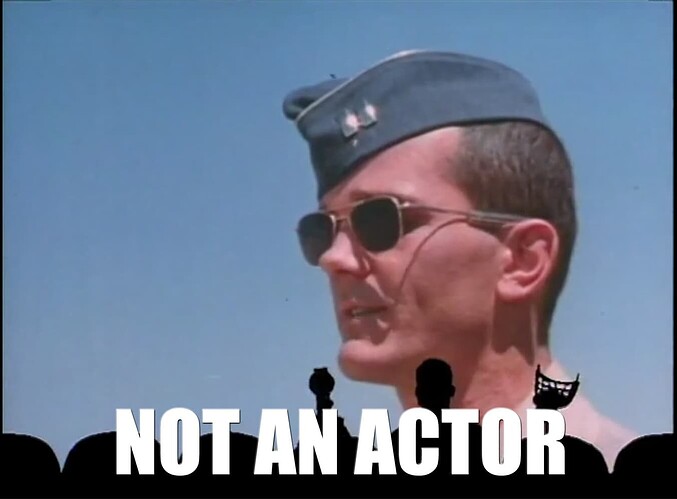 As noted, this is Top Gun, but without the writing, characterization, star-studded cast, special effects, budget, or music.

But still at its heart a recruiting tool for the military-industrial complex infused with not-so-subtle homoeroticism.

I quote this riff way too much.

Finished eating turkey and pie and am briefly slipping in to say the surgical enhancements on this ep were a beaut, those planes shined as if new.

Oh, and the episode a laugh riot, I love it!

Back to family, later all.