I haven’t seen a thread about this episode yet, but once I saw this news, I had to create one:

Vinegar Syndrome’s partner label Deaf Crocodile is releasing THE SWORD AND THE DRAGON (a.k.a. Ilya Muromets) on Blu-ray this month??? 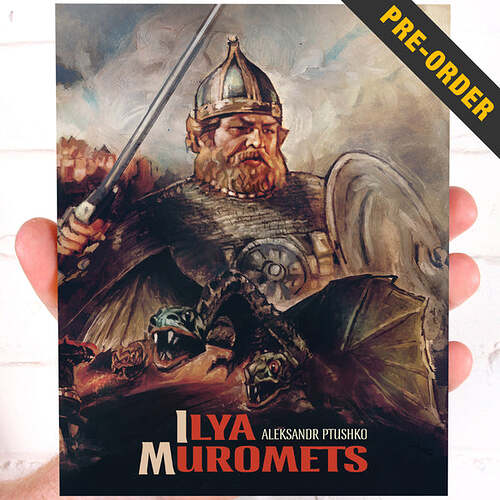 2022 Subscribers: This is NOT included in your subscription. If you'd like to purchase it, your 50% off SRP discount code is: sub50This discount code will work with most Partner Label, VSA, VSU, VSP or Peekarama titles that... 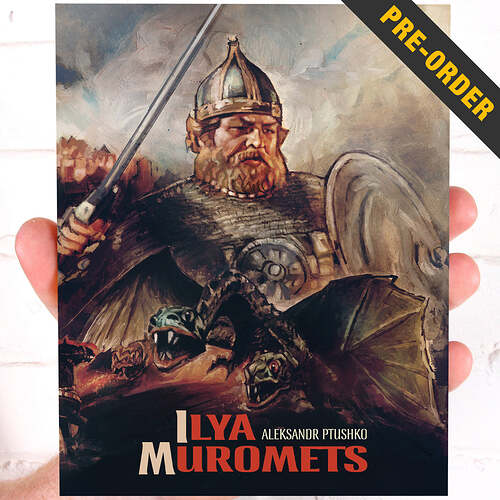 Some pretty interesting special features on this disc, along with some really rad cover art (as is usual). The distributor also has the rights to The Day The Earth Froze (Sampo) so that’s likely heading our way as well.

Thoughts on this release? The film? The MST3K episode?

(I mean, you can’t go wrong with “Supercalafragalisticexpialawacky” and “A Joke By Ingmar Bergman”, two of my all-time favorite host segments!)

I love this experiment. Like, really love it. I think it’s criminally underrated and the riffing, host segments, mads segments are so so good. And the film isn’t terrible per se, but its flaws make for some good riffin’.
Easily in my top 10. I haven’t purchased any episodes from the Gizmoplex yet but this will be among the first 3 that I do.

The GPC and Bunny Mike magic throw-rug sketch in that one is absolute comedy gold. I’ve said often that the ideal movie to riff is the one where tons of stuff is happening but it’s all over-the-top ridiculous. The Russo-Fin and Vaguely Scandahoovian movies are all just made for this.

You didn’t link to the slipcover edition? Clearly, you’re not a golfer!

(It’s vaguely crazy how dedicated some physical media collectors are to those bits of paper . . . like me sometimes!

But seriously, really great to see the Russo-Finnish films being restored and released like this. They are incredible works in their original forms, and, much as MST3k turned them into comedy gold, it’s hard not to be impressed by the design and artistry in them. I remember Kevin Murphy in one interviewed gushing about how much fun and visually-delightful they were.

You didn’t link to the slipcover edition? Clearly, you’re not a golfer!

Ironically enough, slipcovers sold out before I placed the order in my cart this morning!! It’s karma, I tell you!! Kaaaarmmaaaaa!!

I’ll be sure to leave some impressions when the blu-ray arrives in the mail. It’ll be a little odd seeing this in its original Russian, but it’s always had some awesome visual content.

Hopefully the supplemental features don’t bash MST3K. If anything, appearing on the show might have helped the film make more fans in the long run.

Just finished watching the new blu-ray of Ilya Muromets, with commentary track on.

The commentary itself mentions the Sword and the Dragon localization many times, but it doesn’t mention MST3K once. Honestly, I’m all right with that — this is certainly one of the stronger films MST3K’s ever covered, and it does enough to stand on its own.

The restoration itself is pretty incredible. This was apparently the first-ever widescreen color film of its type in Russian history. The difference between the print on the blu-ray and the print used on MST3K is night and day. You certainly get way more detail and much more of an epic feel in the original aspect ratio with the original dialog.

I’d recommend picking this up if you were ever interested in the movie beyond the riffing. And with Sampo/Day The Earth Froze also on its way in July, there’s a lot to look forward to in terms of “MSTed Cinema”.

Heh, just teasing considering how nuts VS collectors can get about slipcovers. They feature some darn fun designs, but I honestly only care about the discs.

. . . which is a problem since it seems like even the standard edition is sold out now! Anyone hear anything about a restock? I was planning on just waiting until the next VS sale, but if VS (or other online vendors) won’t be getting more stock . . .

It says a lot about the Russo-Finnish quadrilogy that The Sword and the Dragon is my least-favorite of those four episodes but it’s still a FANTASTIC episode that stands out from the majority of the MST3K canon.

The movie is fun as hell to watch with gorgeous cinematography and production design.

But that’s not why we’re here. We’re here for the riffing, and the gang is on point here. The first chunk of the episode where we meet Ilya, see him regain his leg strength, and encounters the Wind Demon? SCREAMINGLY funny.

It has a personal favorite MST3K pun by way of Crow as we see the Tugar hordes amass: “It’s a Tugar pileup!”

And of course, we have an all-timer host segment: 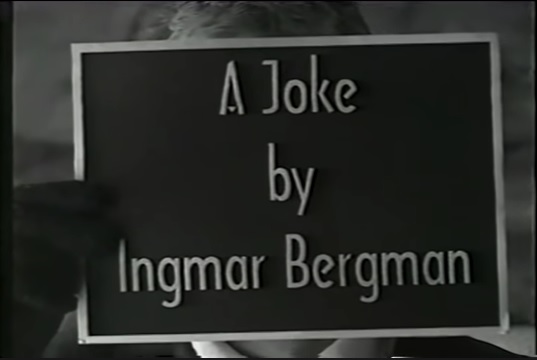 It takes a long time to get where it needs to go, but it’s well worth the travel.

Not sure if you’re aware of this, but Deaf Crocodile is doing a Kickstarter for a new project (Solomon King), and one of the rewards is a copy of Ilya Muromets with the slipcover! It’s pricey, but if you feel like your collection needs that slipcover and you want to support a new project, it’s there! Maybe also of interest to @PlayMystieforMe . I feel like there were a couple of people on this forum who were sad that they only got the standard edition, but I can’t remember.

Perhaps the greatest opening host segments of all. The D&D game followed by Supercalifragilisticexpeali-wacky!, it just doesn’t get better than this.
Then the movie starts, and I comfortably drift off to sleep lol

I did see that! Solomon King itself looks great, but as I’m strapped for cash right now and already picked up Ilya sans slip, I’m not sure contributing to the Kickstarter works as well for me. Definitely a good option for anyone who wants the slip though!

Sword and dragon might be one of my favourite episodes, the movie is definitely in my top ten. It’s just so much. The huge army scenes, the mountain of men, Ilya’s nonsensical plans that could only come from an 8 year old, Chestnut Gray, the whole breeches in a barrel thing, a magic carpet that gives you free apples, the list goes on! 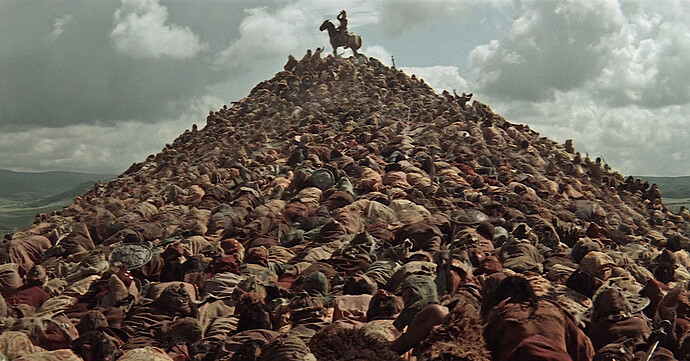 Inside the tremendous Soviet masterpiece MST3K got wrong

A 4K, original-language restoration of Ilya Muromets — aka The Sword and the Dragon — brings all its wonders to light

If they’d come here instead of Reddit they’d have found plenty of people who appreciate The Sword and the Dragon!

I disagree with the article’s repeated assertions that most of the jokes are because of the poor print quality (or Roger Corman’s edits). My favorite riff is “Son, why are you older than me?” Sure, it may be a great film but it’s also redonkulous.

With all the dreary crime dramas that preceded this, it was such a relief to get a reprieve with one of those crazy Soviet produced fantasy films (unfortunately the print they screened was badly scratched-up). Though it’s restrained in comparison to the others. Part of this is likely due to the hero Ilya Muromets kind of sort of being a real person. Granted some of the incidents associated with him may be fantastical, but I believe he’s got a more solid historical basis than the likes of King Arthur or Charlemagne’s Paladins.

While it cobbles together various tales associated with Muromets, the main story involves his defending what is now Ukraine from a Mongol invasion (which is depicted with a genuine horde of extras and no CGI trickery to fill it out like they did in Forrest Gump). Mind you, it’s difficult to discern this from the English dub, which takes a few liberties with names and such. Another interesting thing about the dub is that the Mongol horde leader Kalin is performed by Paul Frees using his Boris Badenov voice.

One scene that really stands out occurs when’s Ilya’s wife weaves a tablecloth while singing and surrounded by woodland critters engaging in goofy antics. It’s like something out of an old school animated faerie tale from Disney, only it’s all live action. I would say it’s better than the official live action adaptations of the Disney animated faerie tales.