Infamous safecracker breaks out of prison thanks to an ex-Army Major. Turning into a test subject, the robber is made invisible to steal government secrets and aid the Major as he creates an unseen army. Henchmen, security guards, a scientist and his daughter, the scheme falls apart as the walls close in. Crowtus Robotus Horribilus, Auntie McFrank’s Tangleberry Inn, The Days Of Our Years, Gentle Pressure, Squanto: A Warrior’s Tale, Rick Wakeman, Invisible Army Or Blowing Up A County In Texas? “The Untouchables!”, “MCP. Most Crappiest Productions”, “I hope there’s more accidents in this movie.” “That’s one stressful Hollywood premiere” or “The Family Von Trapp”? 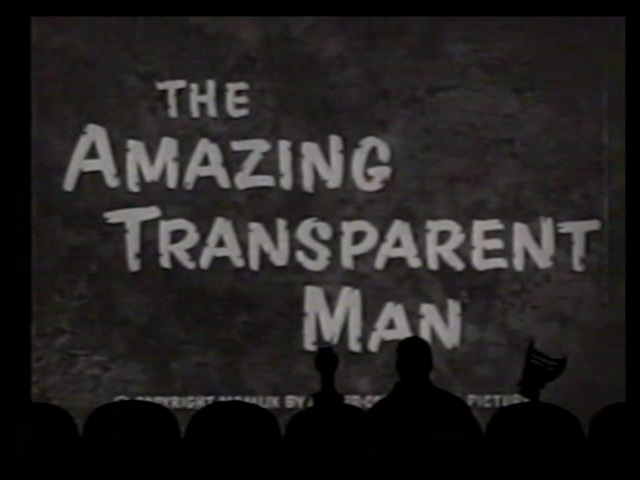 Trailer to The Amazing Transparent Man (1960). 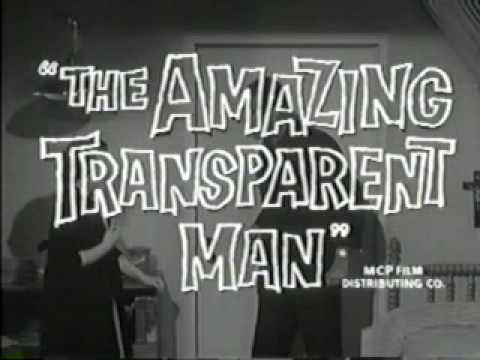 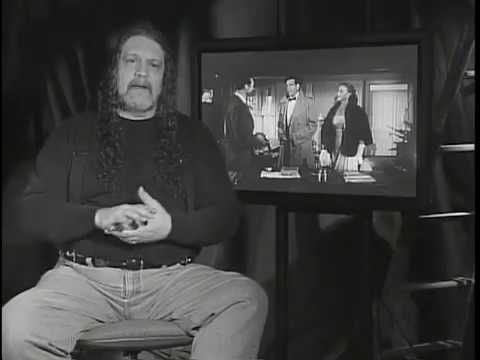 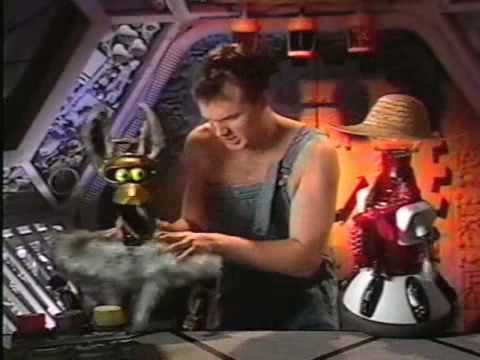 I don’t know about this one. I just can’t see it.

Faust and Gloria from The Sinister Urge are clearly related, judging from the way they both bark 75% of their lines.

What host segment made you laugh so hard you couldn't breathe? MST3K Central

So many fans of the llama sketch, which is first in the episode. So The B&B (llama) segment, then it’s Crow’s welding mishap, and Frank’s ticket to Squanto. Followed by The Rick Wakeman bit. But with 5) the themes from 1 & 3 are combined. I honestly can’t remember how often they did this with other episodes, but it caught me by surprise here. Dr. F. channeling Groucho was just the cherry atop the sundae. I like the riffs here a lot, but it’s really this segment thing which makes this episod…

An underrated episode. Even though the story’s trite, there’s enough quirks to latch some great riffs to. All those jokes about playing the organ, for example.

Oh, and can’t forget that the wispy bachelor villain here was also a scheming baddie in the first Rocky Jones episode.

The short gets its title from Psalm 90:10. Like Last Clear Chance, it was commissioned by Union Pacific and concerns workplace safety. All well and good, but it comes with an odd framing device of a minister in a railroad town recounting three workplace accidents involving railyard workers. Granted their actions were careless and arguably stupid. Yet the judgmental tone of the narration comes across as a bit meanspirited.

As for the feature, despite its mad science trappings, at heart it’s a plodding crime drama. Not really a mark in its favor. The plot involves expert safecracker Joey Faust (not exactly going for subtlety here) getting busted out of jail by a rogue army major. He has under his thumb a scientist who invented a machine that uses radiation to turn subjects invisible. The major wants to use it on Joey for him to steal better quality radioactive materials so that he can create an invisible army. A man of base instincts, Joey would rather use his new state for robbing banks and feeling up Token Girl Laura’s naughty bits without the risk of being wuss slapped for his impertinence. The key flaw in this scheme is that anything the invisible person carries can be seen, which pretty much kills the attempt at stealth. Otherwise, it’s just a bland crime caper with a mad science angle that doesn’t enhance it in any useful fashion.

I’m in the tiny minority that thinks the Aunty McFrank’s Tangleberry Inn sketch isn’t even remotely funny. Perhaps it necessary to have stayed at a poorly run B&B to appreciate it.

“Use gentle pressure when getting a welder’s attention” is probably the most useful advice from an MST3K short. Which is not saying much.

I just watched this episode last night, great timing. It had been a long time since I had seen this one, as it is not in my MST3K library (the entire reason I am doing a Gizmoplex rewatch). The best part of this episode is the host segments, which provided several laugh out loud moments, starting with the first one where Tom captures Crowtus Robotus Horribilus in a bottle. Aunty McFrank’s Tangleberry Inn also had me cracking up with “Don’t you give no matches to Mikey!”

The movie is fairly average for MST3K, with a loathsome lead character, and a movie that never figures out which moral lesson it wants to hit us over the head with. At least the short got the moral lesson down with “Accidents are pure evil, and you are evil if you cause them.” Speaking of the short, how dismal can you get? I want to quit my job at Union Pacific, and I have never worked there. At least the crew get some good riffs in: “So the main causes of accidents are joy, sex, and old age?”

Unfortunately, a few good riffs, and some excellent host segments are not quite enough to pull this episode out of the ranks of average MST3K episodes. On the other hand, it demonstrates that even an average episode can elicit some good laughs. On the grasping hand, an average episode of MST3K is better than a good episode from most other TV shows.

Gentle Pressure is ine of those MST-isms that gets used nearly every day in my house.

I don’t know. I’d say “You’ve got to inspect your horn, boy” beats it by a narrow margin.

That won’t stop you from being blinded by a welding torch the day your new baby is born so you’ll never see your son, will it?