Frank’s sendoff to the Great Beyond. In front and behind the camera, Frank Conniff was much of the soul of MST. TV’s Frank, Manos: The Hands of Fate (1966), Coleman Francis, Frank screened the tapes of prospective experiments and he selected what made it to the writers room. The taste in Deep Hurting was his and along with TV’s Frank the choice of movies were his brainchild. Initially Master Ninja III (1984) was slated to cap the season. To honor Frank and his affection for Mexican Wrestling movies, Samson vs. the Vampire Women (1962) filled the spot. A fitting final flick to ride off on. Moment Of Silence, Chinese Food, Stratego, Torgo The White, “Who Will I Kill?”, Push The Button. “Oh Capitol Critters is on!”, “Ok granted he is the silver maskman. He didn’t need to tell us that”, “And Delta Burke as Delilah.” “A lighthearted romp about the war between the sexes” or “Samson vs. the Vampire Women. A major Supreme Court case”? 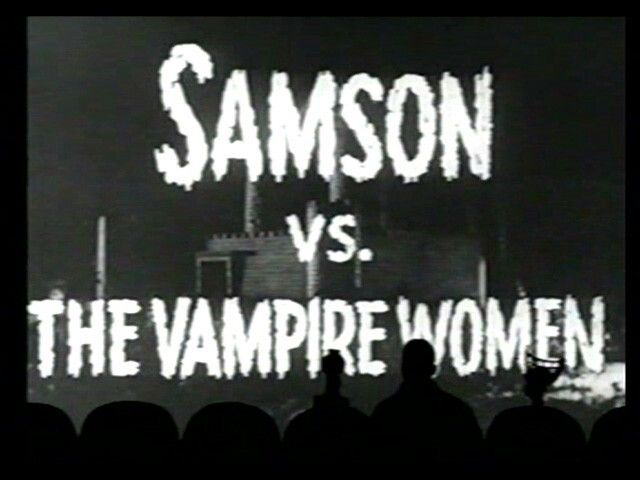 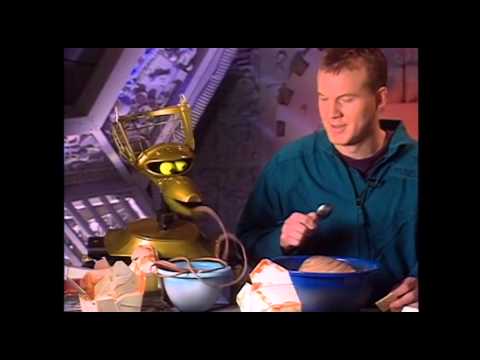 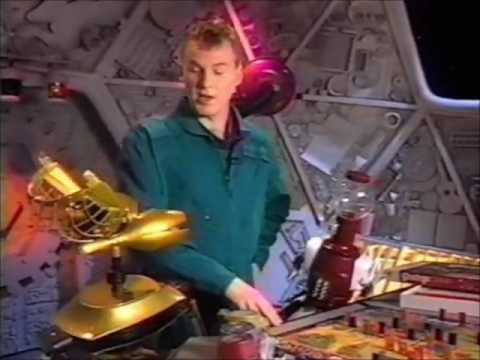 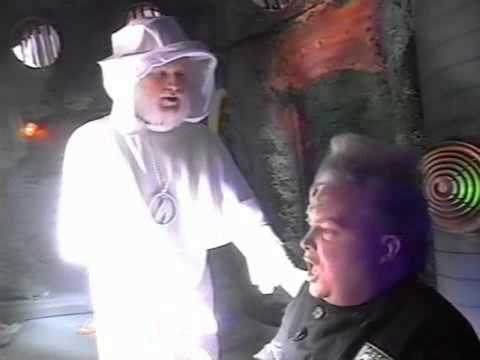 Who Will I Kill? 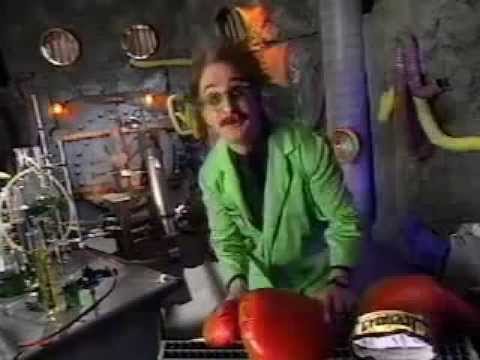 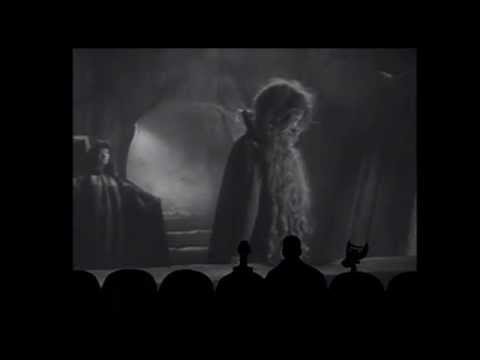 Do You Need Any Wrestling Drone? 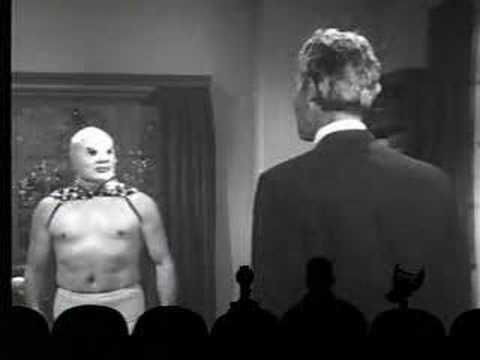 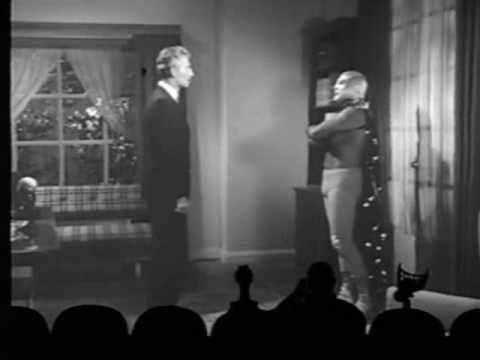 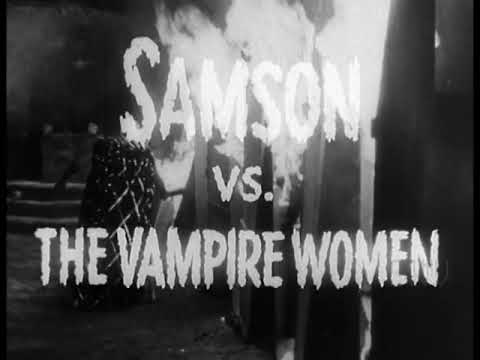 We lose a Frank but we gain El Santo, an icon of MST3K. He left us with a glorious masked treasure, who we’ve now seen fight the vampire menace twice. It’s another one where the big host segments don’t overpower the movie.

And the movie is such a goofy mess to go out on. We’ve had a bit more exposure to luchadors these days than when this episode came out, but how much weirder was it if you saw it when it first aired? It’s also an interesting look into Mexican culture of the time, where the “good” female lead with no personality must be protected from the vile women who wear makeup and control their own lives. The horror!

For the longest time, I thought one of the other characters (a detective? It’s been ages since I’ve seen it, but a bulky guy) was Sampson/El Santo without the mask on. Then I read that he never took the mask off.

I’ve said this before; I LOVE the Mexican movies! They’re goofy, cheesy and have a Saturday morning matinee feeling to them. That being said, this is probably my least favorite of them. It’s still tons of fun though and ,of course, it’s dominated by El Santo ( who makes a brief appearance at the beginning of The Final Sacrifice). It’s reminds me alot of Robot vs. Aztec Mummy which IS my favorite of the Mexican movies.

A word about Frank;

I became a fan of the show in season eight. And I didn’t see a CC episode until I bought The Crawling Hand…on VHS! It took me awhile to warm up to the CC crew but now I absolutely love Frank and Trace. Frank was such an odd character and I really believe he’s rather odd in real life. At least I’d like to think so. A good kind of odd that’s genuinely and effortlessly funny. My favorite Frank moments? There are so many but two stand out. The end credits of Teen Age Crime Wave when they keep interrupting the credits for Frank to get sprayed with the mace mousse (his screams are hilarious), and when he creates the little dinosaur that attacks Dr. F. His monotone cries of “no, down ,bad” absolutely have me in stitches.

Season Six was quite a slog for me, with its larger than usual number of soporific crime dramas and the soul crushing horror of Coleman Francis. So, it’s a pleasant surprise to have it wrapped up with a luchador movie, specifically one that features El Santo (referred to in the English dub as Samson). It’s rather strange that they never did more of these prior to Season 13, as they’re full of campiness and supernatural tomfoolery, making them perfect as riffing fodder.

As the title indicates, the antagonists are a coven of vampire women who happen to be of the sexy variety. Their leader wishes to return to Hell and reign there as queen, so she needs a suitable replacement. That happens to be Diana Orloff (possibly alluding to Count Orlock from Nosferatu), whose fake piano playing of “Moonlight Sonata” is not at all convincing. Her professor father has an inkling of her peril, thanks to a prophecy inscribed on what looks like an Egyptian papyrus (don’t ask me why). His attempts to enlist the aid of the police border on the comical due to his evasiveness on what exactly they’re supposed to protect Diana from. The way he tries to rationalize away Diana’s sightings of vampire shenanigans is quite unconvincing and likely just aggravates her anxieties. Throw in some bat on a string that would be at home in a Hammer film and goofy wrestling sequences, and you have riffing gold.

At the beginning of the pandemic I staged a “Let’s all link up together and watch an episode of MST3K,” with friends. None of them are big misties, but appreciate the series and have come with me to Rifftrax Live events on occassion and have enjoyed them. Anyway, for some reason I picked this episode. I don’t exactly remember why, it’s not a favorite or anything, maybe I had seen it recently, or maybe it was October and wanted a “horror” episode or…hell, I don’t know.

Anyway, what made it really special is my daughter decided to sit in with us. She was 9 at the time and didn’t know what the silly show was about. But before you knew it, as the vampire was leading her thralls up the stairs, she actually riffed: “Here comes the bride, all dressed in black…” sniff My girl’s first riff.

No comedic gold, mind, but it’s a start.

She’s been a fan ever since. Most of her riffs at this point are just “What am I looking at?” “Why is this scene still going on?” or just “Oh. My. God.” But she’s a pre-teen, I can’t expect much more.

But I can tag this episode as her exposure to the wonderful world of riffing.

A year after marrying Mexican Arch Hall, Jr., she is bored out of her mind and ends up going on tour with The Racket Girls.

This is a solid episode, though not especially memorable to me apart from the host segments with Frank and Dr. F’s. breakup.

While it stinks that TV’s Frank was killed off in this episode, this is a classic as it features lots of good riffs as it opened up the MST3K realm to El Santo and all of his cheesy awesome films.

Another favorite! I know I always say that but that’s because for the most part I only comment on my favorites in this series of topics.

If I have a nit with this episode it’s that Who Will I Kill? is a good song but it’s totally overshadowed by the song a season earlier, the spectacular The Greatest Frank of All. So I always want TGFOA to be the sendoff song.

That, and the whole scene where the victim-to-be’s father asks the dull guy for his help but then refuses to tell him anything at all. “Come and see me tomorrow.” riff: “And then leave immediately!”

“Sometimes lint gets in your eyes and takes on ghoulish shapes…”