A series of deaths carried out by The Creeper alert the authorities. The investigating officers unravel the origins of the killer and the ties of the victims to the man responsible. A college prank, disfigurement, and a blind woman figure in the unfolding of events. A Universal Pictures Production The Brute Man (1946) was sold to Producers Releasing Corporation for $125,000. Universal’s impending merger with International Pictures and its star Rondo Hatton’s ill health while making it were probably reasons for the sale. Real Estate, Art In Charge, The Chicken Of Tomorrow, Tom Is An Egg, Carla and Sherrie, “The Crimes of Tom Dooley.” “Hey, what’s this movie called man?” “It’s called The Brute Man”, “I’m working up a Rondo thirst”, “Uh Rondo, we’re just doing the credits here. Uh could you just… Rondo?” “He hasn’t done anything brutish at all so far” or “Mom, I want the light on in the hall”? 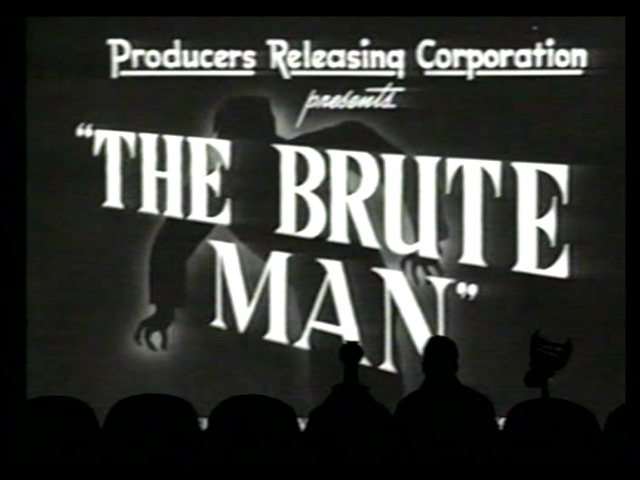 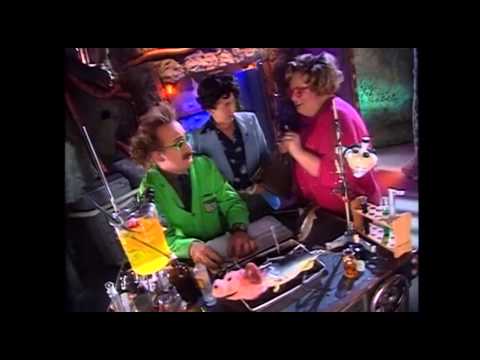 Where Apes Evolve From Men. 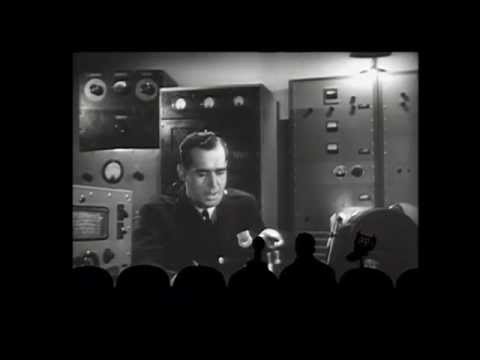 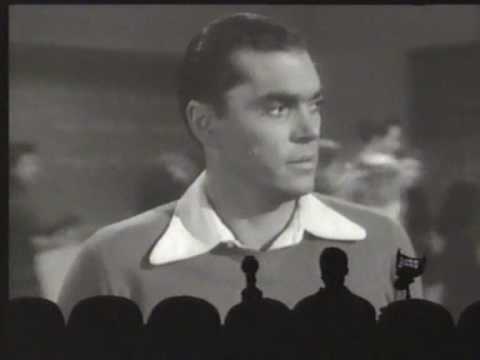 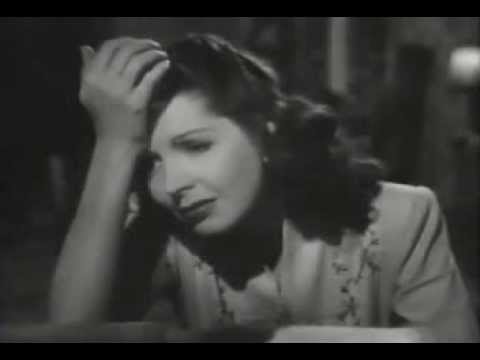 Ah, The Chicken of Tomorrow is a great short. It shows how much we’ve changed our domesticated species in the last century, but it’s also got some great riffing.

The main feature is a strange one. The riffing’s on point and it’s got the amazing angry shopkeeper scene, which is extra fun because you can see Mike losing it the entire time. That alone is worth watching it. The other side is that Rondo Hatton was dying of his condition when he made this. I think Mary Jo said that made it a bit uncomfortable, since they were playing off that condition to make him a monster, and I feel the same way when I watch this one.

It’s a good episode, but with a side helping of the message that Hollywood executives are jerks, I guess? 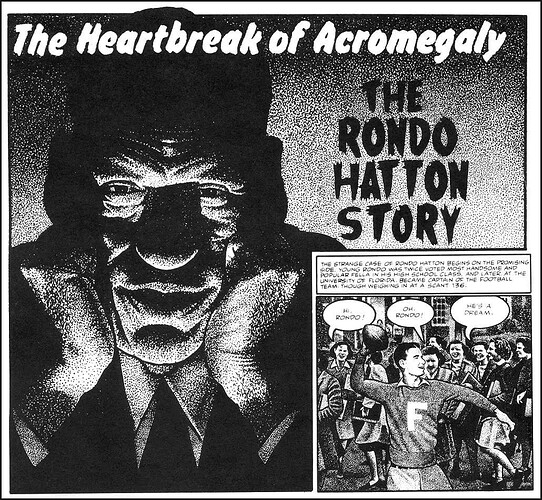 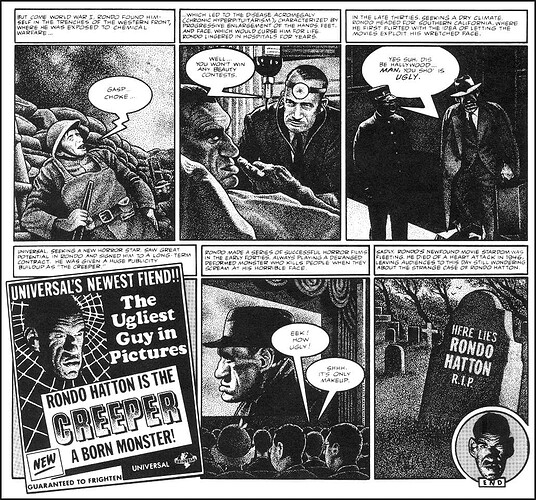 I find that the short stands up to re-watches better than the feature. Though my personal highlight for the latter would be the spate of riffs about the nicotene- addicted security guy.

The grocer is the best thing about the movie. I want him in every 1940s movie.

“Oh Kane, Kane, Kane. You make me want to not be a citizen!”

The grocer is the best thing about the movie. I want him in every 1940s movie.

“Oh Kane, Kane, Kane. You make me want to not be a citizen!”

He’s the counterpart to Thelma Ritter. Every word said is interesting. 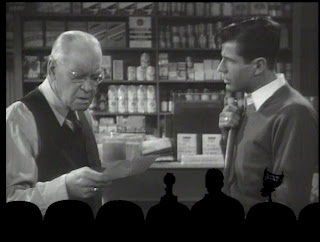 In what will be our last short for quite a while, The Chicken of Tomorrow proves to be an informative but bland documentary on chicken farming. About the only thing that stands out is that it was sponsored by Texaco and as a result has some blatant product placement as well as plenty of emphasis on the importance of the motortruck in the process.

As for the feature, about the only thing that keeps it from being a slasher flick is the lack of a fantastical element and how the victims are not predominantly teens and/or college students. It even comes with the common slasher trope where most of the major characters aren’t all that likeable. The backstory for our vengeful killer Hal Moffat has him being exposed to certain chemicals from an accident that had occurred during extra work assigned after flunking a college chemistry test. This causes him to develop acromegaly and, after falling off the radar for several years, comes back to kill those he holds responsible for his condition (as well as couple of random chumps he encounters who annoy him).

A major plot point involves Moffat’s relationship with a blind pianist reminiscent of what in later years would be done with Ben Grimm and Alicia Masters in The Fantastic Four. It doesn’t really work on account of how Moffat is a misanthrope, and even before the change he was kind of a jerk.

The controversy attached to this film is how Moffat is portrayed by Rondo Hatton, who suffered from acromegaly in real life. As a result, there has been much sanctimonious handwringing over claims of how the studio exploited him. One valid concern is how Hatton supposedly developed his acromegaly as a result of being exposed to mustard gas during his World War One service. In that light, it can be seen as having some uncomfortable loose parallels to the character’s backstory, which in turn can be regarded as being in poor taste. Otherwise, it insinuates in a rather insulting fashion that Hatton was a Charlie Gordon type simpleton. By all accounts this was not the case, and Hatton was simply taking the bad hand in life he was dealt and making something good of it.

This is one of those episodes I don’t watch that often, and then I’m reminded of the insanely angry grocer, and I immediately want to watch it again just for him.

I’ve had too many bad bosses. Half the time when I watch this bit my first instinct is to crawl under the desk and place a terrified call to BOLI, or the nearest Wobbly chapter.