The ongoing McDowall and Maltin jokes, the ending where our cast become true spacefarers, Dr. F: Star Baby…? What’s not to love?

(Gotta’ say: this is the more poignant and inventive ending of the two.)

The ongoing McDowall and Maltin jokes, the ending where our cast become true spacefarers, Dr. F: Star Baby…? What’s not to love?

Right with you. The Maltin and McDowall material by themselves rates this high with me. The Host Segments, Hank Williams Jr jabs, and the quality of the ribbing leave this a highlight of Season 7. 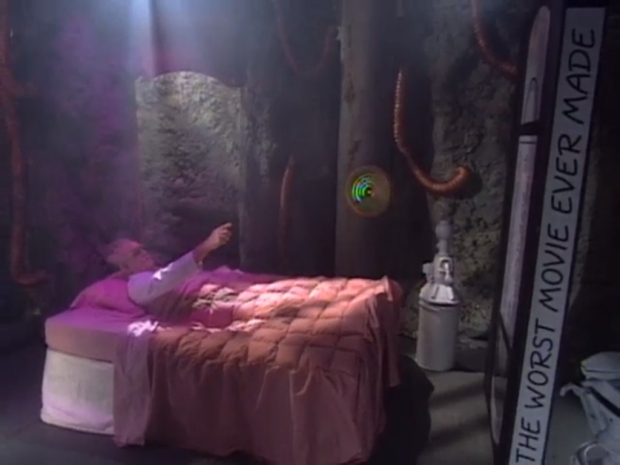 @optiMSTie Is this or Diabolik (1968) the greater series ender?

On the host segment side, I have to give it to Diabolik. The “To Earth” song is a gem, and I love our farewells to the Mads and the SOL crew. In particular, that closing segment is a brilliant way to bring things full circle by having the gang watch The Crawling Eye.

That’s not to say that I didn’t like the host segments for Laserblast. The Monad segment and Mike’s take on Ed Harris from Apollo 13 were great, Mike’s Captain Janeway impression was a hoot, and the final segment had an… uncharacteristically ethereal feel to it. Mike and his buddies turning into pure beings of light and having fun on the edge of the universe? To think what a conclusion that would have been for our intrepid riffing gang if the series were not rescued by the Sci-Fi Channel.

And the 2001: A Space Odyssey spoof at the end? There was a vibe and a feel to that that you didn’t really get anywhere else in the series, a real sense of production/direction to it. And old Dr. Forrester seeing a monolith of The Worst Movie Ever Made? Love it.

Oh, and old Dr. Forrester was played by Trace’s father Jack, who has since passed, may he rest in peace.

And for starbaby Dr. F to take us out with an anguished cry of “Oh, poopie!” as Pearl grins to the camera? I like it.

Both Laserblast and Diabolik conveyed the idea that life would go on in this universe, but Diabolik much better communicated this feeling of finality, that the adventure would be over in a sense. Well, until a Kickstarter campaign changed the situation.

But yeah, I have to give Diabolik the edge on that end of the spectrum.

@optiMSTie Is this or Diabolik (1968) the greater series ender?

Riffing-wise? Holy cow, but Laserblast is an amazing effort. Which isn’t to say that Diabolik isn’t. I only mean that as strong as Diabolik was in the theater, Laserblast felt THAT MUCH stronger there.

The running gags were on point, whether it was the FOOTBAAAAAAAAAAALL! stuff, Roddy McDowall’s shame, Leonard Maltin being wrong about that rating, Servo’s obsession over the South doing it again, and so on and so forth.

But the other stuff outside of running gags were amazing, too, whether we’re busting on the ridiculousness of the laser cannon, Eddie Deezen’s presence in general, the turtle aliens (the effects were much better than that movie deserved), and all that.

All in all, it feels like they went for broke in the theater, leaving everything they had on the stage, and peppering in a wealth of great callbacks as well (the Coleman Francis stuff was TERRIFIC).

Diabolik was a much better movie, but the Laserblast riffing experience felt like it went full funhouse in the theater, and I have to give it the advantage there.

For those of you who may have missed it at the time, here’s where ‘Are you ready for some football?’ originated. It and ‘Bang!’ are definitely my favorite running MST3K jokes. 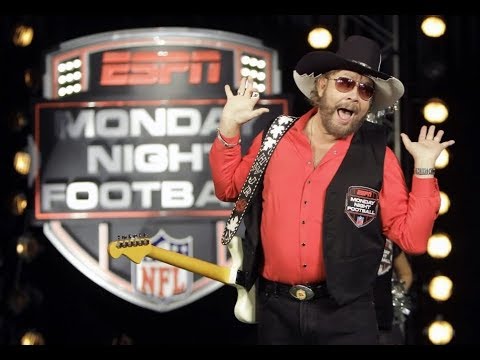 Just like Leonard Maltin, I enjoyed Laserblast (both MST3K version and the original) as much or even more than The Name Of The Rose, Marathon Man, Bagdad Cafe, Amadeus and The Great Santini. Everyone’s taste is different. 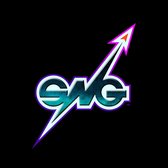 Fans of the film need to hit this site up.

Looks like they’ve done cool stuff, but other than there being a still from the movie on the front page, I don’t get what the connection is.