The first 20 minutes or so might be the funniest in Mst history! The Kester’s are pure gold! And when Crow quips “a showered person, thank God”, it ends one of the best stretches of Mst3K ever! 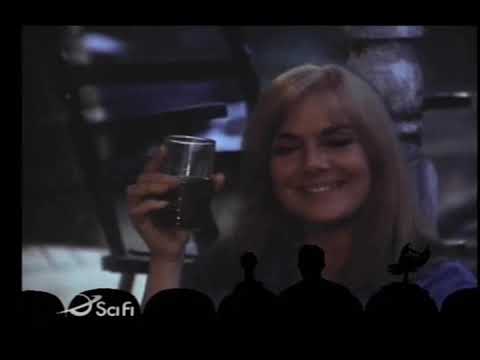 @CLANG_Potroast How’s this one stack in the scheme of things? 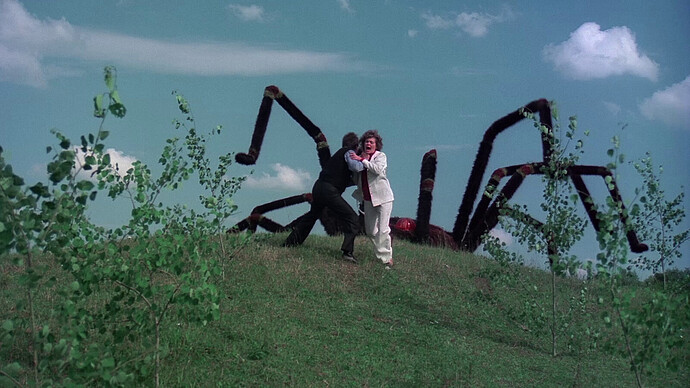 This particular still ticks ALL my boxes!!

What episode (or episodes) have you watched recently? MST3K Central

The Giant Spider Invasion Excellent riffs. So-so sketches. I also like Barbara Hale and Doughy Guy. (Except for the rolling.) I wish they’d had a better movie to be in.

This particular still ticks ALL my boxes!!

Your takeaway on Dan Kester? Man I can’t stand his character. 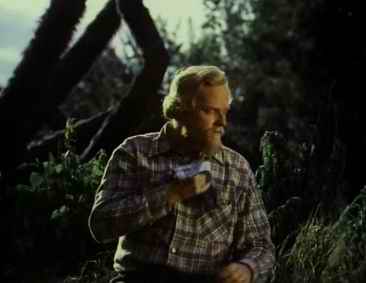 lol. More movies should have a scene where the monster eats a redneck with its butt.

Hey, at least we can say Easton’s performance was convincing. There’s a fun clip of him on YT from the Carson show, talking about his other job as a voice coach. If you feel up to it. (But I know sometimes healing takes awhile. No pressure.)

A Bill Rebane reminiscence from 2019… 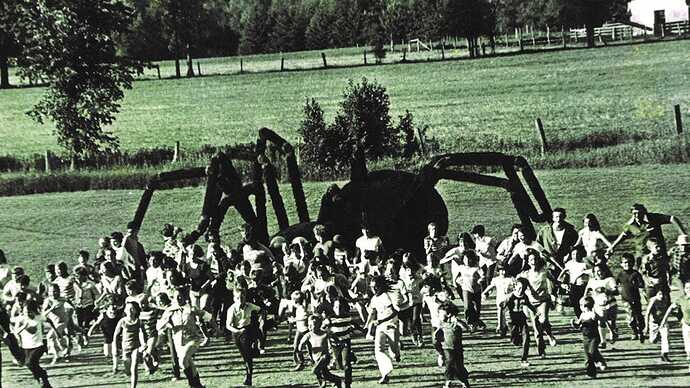 'The Giant Spider Invasion' is a cult classic filmed in Wisconsin that retains its weird appeal after 45 years. But its director wants to get paid.

And an article about the theft of the spider from 2013… 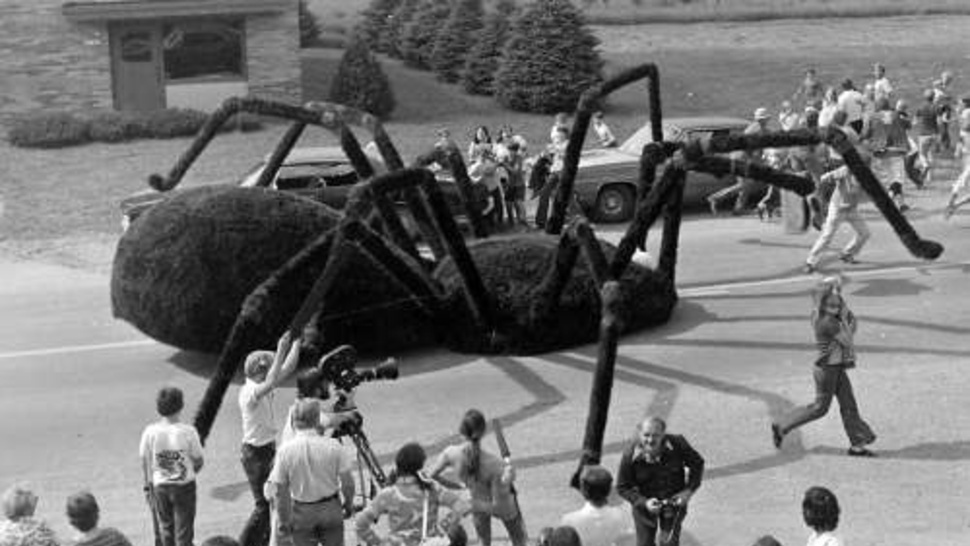 Heinous fiends steal a classic low-budget prop and sell it for scrap; police now on the lookout for a couple of morons with a flatbed...

lol. More movies should have a scene where the monster eats a redneck with its butt.

The Unofficial OOPS! All Ram Chips™ Thread - #57 by CLANG_Potroast

I wouldn’t call it a good performance per say, but I do love Alan Hale in this

I wouldn’t call it a good performance per say, but I do love Alan Hale in this

He’s fun. His energy is the antidote to Robert Easton’s black hole of a schmuck. They are two extremes in a light goofy picture which flirts with nastiness while putting on a happy face. 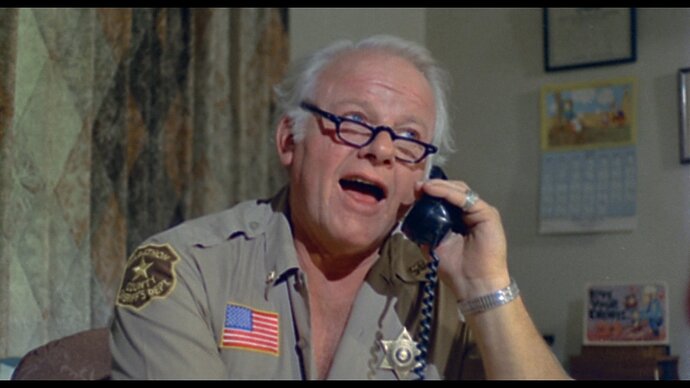 Say what one will, but Dan Kester is a very wise man.

After all, shouldn’t we all “lay off the Boooze!” from time to time!

I agree. It’s my favorite episode because of the Wisconsin references.

I wish his shirt was closed though!

if only she was 100 years younger…nah

FYI, if anyone is able to get to this in the next week or two:

For those of you who don’t happen to live in NorthCentral Wisconsin, there is big news. The Merrill Historical Society has mounted an exhibit dedicated to “one of the finest directors to ever come out out of NorthCentral Wisconsin,” our very own Bill Rebane! For those of you not from around here, Merrill is the home of the Cosmo Theater (which is still up and running) which is featured in the night time scene where the spider is attacking the townspeople. The exhibit is pretty nice. It was c…

if only she was 100 years younger…nah

Age or no age. It wouldn’t effect her boozing. 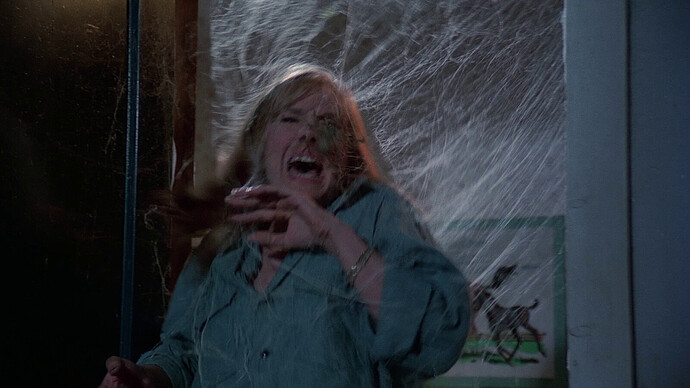 @amass79 Heavyweight MST3K? As good as its rep? 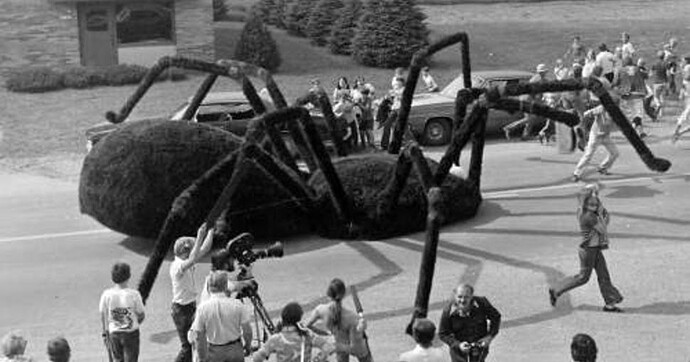 Ya know booze is good food!