“Mike. Your movie today is if one can measure these things THE WORST THING TO EVER COME OUT OF CANADA!!! It’s called The Final Sacrifice.” An undertaking of then film student Tjardus Greidanus. Borrowing cameras from the South Alberta Institute of Technology, The Final Sacrifice (1990) cost $1,500 CAD and filmed all over Alberta. Fellow student and co-writer Christian Malcolm starred as Troy. Mary Jo Pehl recalls, “Just between you and me and the wall, I think a major error was made in their film archetype-ology. Zap was clearly supposed to be the intermediary guy; the hard-drinking, tough-but-lovable, car-won’t-start sidekick to the hero. However, we were short one hero, and its not till the end of the movie that you realize that Troy and Zap’s journey isn’t to bring Troy to the hero (to whom Zap should be the sidekick), but in fact, Zap is the hero. Excuse me… sorry… can I just squeeze by you… watch your pop…” Turn Off The Power, Rule The World, “The Canada Song”, Hockey Hair, Grizzled Old Prospector’s Syndrome, Cult Of Their Own. “He comes from a long line of great anuses”, “That’s an anagram for direct-to-video”, “That’s an illegal use of a silent consonant!” “This has the bacony stink of Canada all over it” or “You shot me in the butt”? 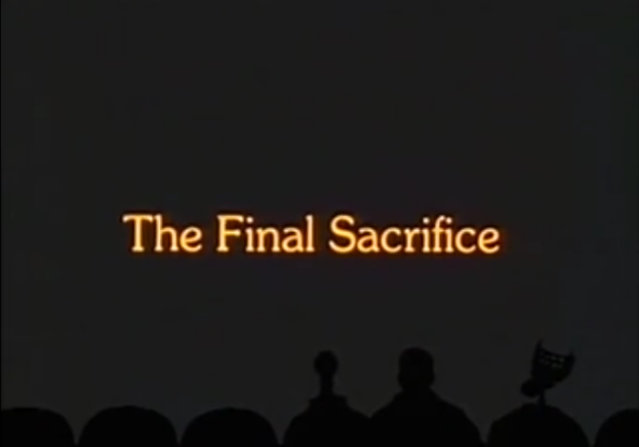 The Best of Piper. 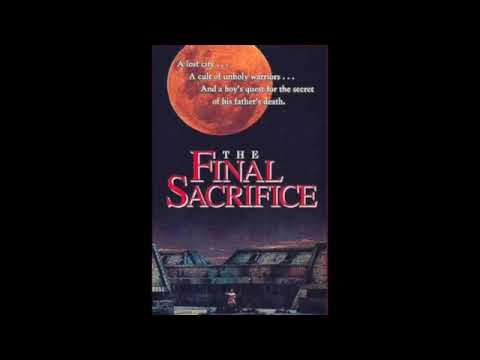 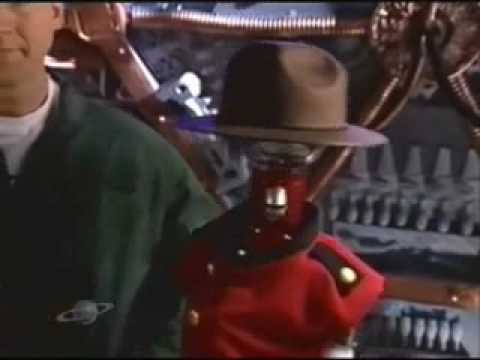 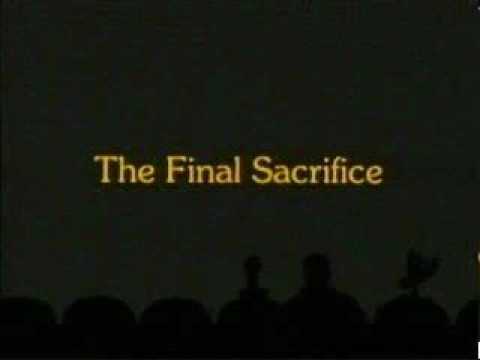 Note: Quest for the Lost City is an alternate title. 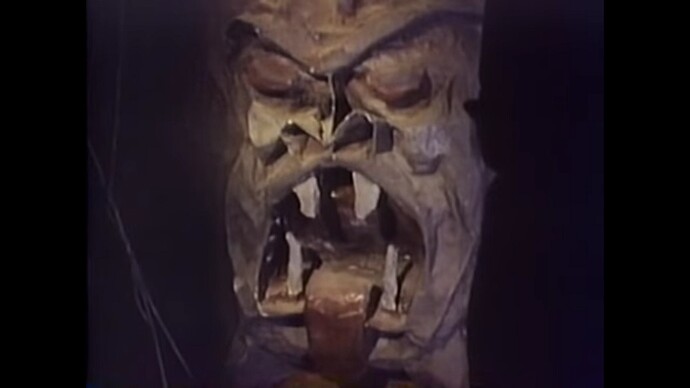 Why am I not surprised that this was a film school project that somehow got a direct-to-video release? There’s a kernel of a good idea in there, with a sinister cult attempting to locate a lost city in the middle of the Canadian wilderness. But the production gets undermined by a host of flaws. First and foremost are the unappealing leads in the person of mulleted drifter Zap Rowsdower (who doesn’t have the panache to pull off being named Zap) and noodly teen wimp Troy MacGreggor. The antagonists aren’t any better, with the faceless cultists clad in ski masks and wifebeaters not being all that menacing. The cult leader (referred to by Mike and the Bots as Garth Vader) had this weird distortion effect applied to his voice in post. Perhaps it was meant to signify him having been tainted by otherworldly forces, but it’s just distracting.

Even considering the student film origins, some of the props are really sad, especially an idol that looks like Porky Pig with an overbite. One good thing to come out of this is that the Call of Cthulhu blog Delta Green posted BRP stats for Zap Rowsdower, which are worth a chuckle or two.

It was way too ambitious for the movie’s budget of sticks and leaves to afford.

Is this available to stream anywhere?
I couldn’t find it anywhere about a month ago.

The Final Sacrifice is a top 10 episode for me, and Rowsdower is one of my all time favorite protagonists in an MST3K episode. He is just such a mess as a lead character/ sidekick, that you have to root for the guy. I mean, who else are you going to root for? The other lead character/ sidekick, Troy, is far too annoying, while failing to even be the kind of dweeb worth rooting for. There are so many great riffs, most at the expense of Canada, that this episode has me cracking up from start to finish. The Rowsdower song over the ending credits is icing on the cake.

The bad guys are just awful, but not in an evil way. They are almost as inept at taking over the world as Pearl is in the host segments. Those host segments are pretty fun, with Pearl’s constant failure in getting her world domination scheme started, the hockey hair bit, and the bots cult that fails at being very cultish. On the other hand, they aren’t as standout as some of the other top tier episodes, so to me that says a lot about how good the movie riffing is here.

This one is coming up next on my rewatch list as well, so I will likely watch it tomorrow. This thread really has me itching to get that started, what great timing!

Nope. It’s not available. Tjardus Greidanus fits his nickname and sends takedown notices every time it goes up for streaming.

Okay, but this is the FINAL sacrifice!

I have a lot of episodes in my favorites list and I’m not a “this is my favorite X” kind of person, but if I had to pick one favorite episode this one would consistently be near the top of the shortlist. It’s a shame it’s not available anywhere, but luckily a copy… fell off the back of a truck when it briefly appeared.

I’ve got a soft spot for movies with no budget but a lot of heart, and this one’s got the MSTie crown in that field. Bruce J. Mitchell did a great job as Rosdower, which is why he is the hero who saves us and saves all the world. On top of that we’ve got riffing at its peak, and the movie executive sketch during the credits ends things with a Hollywood-worthy bang.

I could watch this episode any time, anywhere, which is why I’ve watched it in more hotels than I’d care to admit.

It was way too ambitious

Ah, but a man’s reach should exceed his grasp, or what’s a heaven for?

Absolutely classic episode. The film is made with heart, but no budget, and almost no experience, which is always a good sign for riffing. Troy and Rowsdower are an amazing pair. The MST crew are in fine form. And the movie is almost enjoyable on its own terms. It all just comes together. With a side of Larry Csonka (and, by extension, Miami Dolphins football) riffs.

I do kind of have mixed feelings about it being a student film. Manos is another MST movie that’s an attempt at non-gory horror by a first-time writer/director working with unpaid community theater actors, but Hal Warren jumped in over his head with confidence. A student project is, perhaps, not entirely fair game. (At least the community theater actors volunteered to do it with no expectation of being paid, unlike Hal’s empty promises of a cut of the gross.)

On the other hand, I am impressed by how well it came out despite the limitations. It showed enough promise that I was disappointed to find that the bulk of his work after graduation consisted of things like “HBO First Look” segments, which don’t require much beyond a single fixed camera pointed at a single chair in which movie stars take turns carefully talking about how cool their upcoming movie is without actually saying anything of consequence.