Sorry for hijacking your thread with my other post.

Don’t be. As long as it’s not illegal, engagement is good. Plus it will be something to loop back to when we get to that year.

Oh man, the story of Oswald is really something wild. For one thing, we can wonder whether Disney would have been quite so tight-fisted with its IP if Walt hadn’t lost Oswald to Charles Mintz.

And then there’s the sheer number of huge names in 20th century American animation who are tied into the story: Disney and Iwerks, of course, but also Fred Quimby, whom Disney tried to persuade to take on distribution of Oswald through MGM and who would later go on to produce the Tom and Jerry series and as such get the Hanna-Barbera studio rolling.

Then there’s Hugh Harman and Rudolf Ising, who helped animate the Disney Oswald shorts before defecting with Mintz, only to get the boot when Universal handed Oswald over to Walter Lantz. Lantz would later go on to be best known for the Woody Woodpecker series, and Harman and Ising went to Warner Bros. to launch their Merry Melodies and Looney Tunes series.

Harman and Ising also persuaded another animator who worked with them on the Disney Oswald shorts and who was then still working with Mintz, Friz Freleng, to come take a job with them at Warner Bros. And Mintz had hired a guy named Fred Avery as an inker on the Oswald shorts, and when Lantz took them over, Fred (known to his friends as “Tex”) hopped over to Lantz’s studio to keep working on them as an animator.

Yep, and then there’s the Disney company trading a sports announcer to get Oswald’s rights back.

Most of the other stuff is covered in a video series that was the inspiration for this thread, “The Merrie History of Looney Tunes” by Kaiser Beamz. Good series, so far up to just before the DePatte era of Looney Tunes.

My favorite part of that story is how when Bob Iger first floated the idea of trading Al Michaels’ contract for the rights to Oswald, nobody at NBC/Universal knew what he was even talking about.

For me they’re all about the same, humor, animation (aside from one being in color). Oswald earns points for including Keaton in the comedians trolly, despite him being on the outs at that point (and Lloyd, love Lloyd)

Once again, with my own personal pick, I went the live action route, with Bunuel’s “Land Without Bread”. (Oscar went with “This is Harris” and “Krakatoa”)

and for good old fashioned nightmare fuel, here’s a monkey, in a 2-minute piece from Len Lye 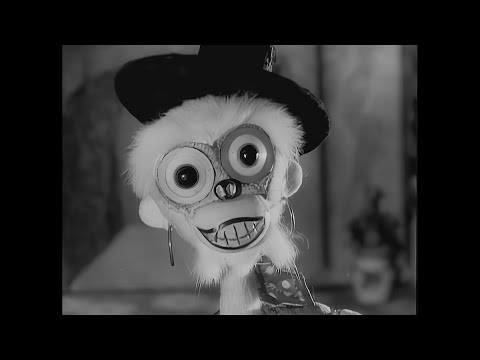 The winner was Disney’s Silly Symphony “The Tortoise and the Hare”. We get a hint of how Sonic may have moved if he was a 1930s cartoon character. XD Plus, this did have influence for the Warner Bros. cartoons in the near future, with the short “Gold Diggers of '49”, as well as potentially the design of their biggest star.

The other nominees were Mintz’s “Holiday Land”…which I think a young Tim Burton may have taken some inspiration from: 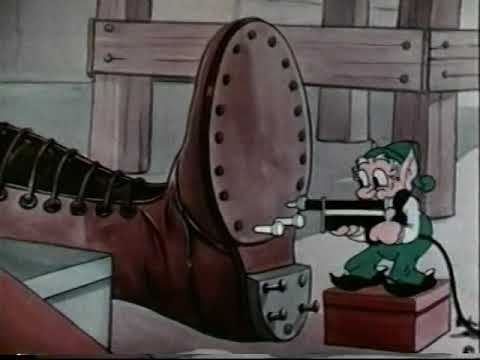 Just to go back in time a little bit, here’s an amazing animated short from 1930: 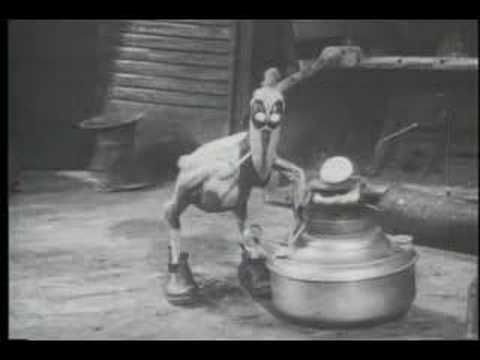 Disney’s Silly Symphony “The Tortoise and the Hare”.

The hare has the most annoying laugh ever.

Moreso than the prototype Bugs Bunny, whose laugh was a prototype for Woody Woodpecker?

Holiday Land, under the title Festival of Fun Days (in B&W) was covered by Rifftrax 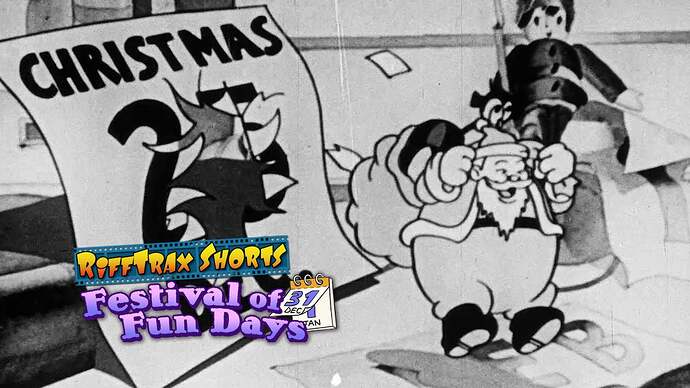 Fun Days! All things considered, one of the better types of days. Beats the hell out of “crappy days” or “everyone you love contracts cholera days." One town loved Fun Days so much they had an entire

Others they could have nominated.

Disney’s follow up to the Three Little Pigs, The Big Bad Wolf or The Goddess of Spring (despite the rubber arms, the company was honing a style that would soon be featured in Snow White) 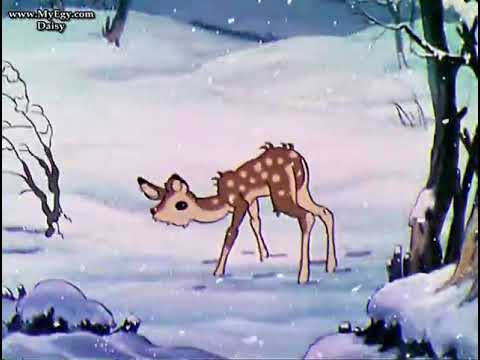 My pick was The Mascot, Directed by Wladyslaw Starewicz (France)

This was a difficult one date wise: some say it’s a 1933 release, other sources say 1934. The Rarebit animated wiki states… “In 1933, Starewicz and Irina began work on a film which was to end up as a series of uncompleted animated shorts. The original, which was completed and released in 1934, featured a character called “The Mascot,” who was to be the recurring figure of all the subsequent shorts.”

So, I went with '34 as my date - Here’s a version that was restored, cleaned up, and is the longest, most complete edit I’ve found to date

Holiday Land, under the title Festival of Fun Days (in B&W) was covered by Rifftrax

Yeah, I had to wonder about the Halloween on October 30th thing too.

An aside: Folks who’ve engaged with this thread will likely be interested in the book I’m reading now, about Disney animator Art Babbitt. 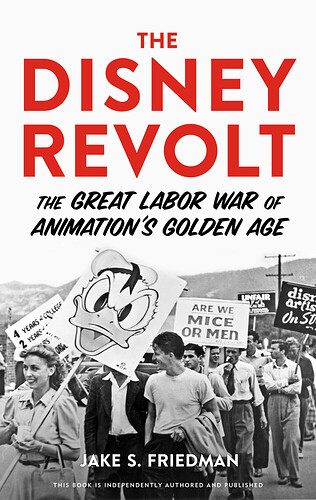 The Disney Revolt: The Great Labor War of Animation's G…

An essential piece of Disney history has been unreporte…

This year’s winner was Disney’s “Three Orphan Kittens”: proof that cat antics could get attention even in the days before the Internet! Had to improvise a bit here…there’s a track with just the audio and one with just the video. It was either that or share the Spanish version:

Runners up were Disney’s “Who Killed Cock Robin”…the more “silly” of their entries, and a bit against the upcoming (or just starting) Hayes Code given the Mae West impersonator bird. And Harmon-Ising’s “The Calico Dragon”…which I give props for the creativity with fabric in animation, but you can tell they were trying to fight fire with fire with Disney except without the same weapon (Technicolor)

Next week, I may have a major opinion about what should have won…but yeah, the Kittens got it this year.

Kind of an average grouping here, no real stand outs for me.

A few that rank high at Letterboxd include, The Band Concert, Music Land, and The Cookie Carnival

Yeah, but given the country of origin for Lotte Reiniger and the time frame, there’s probably a good reason why it wasn’t nominated for anything in the 'States at the time.

Yeah I understand that, just saying, that’s my personal choice.

My grandfather had a movie projector and a selection of films when I was a kid in the '60s and one of the films was Balloon Land, so I’ve always been fond of that one.