ARE YOU READY FOR FALL? It’s time to VOTE your picks for four of the episodes to be featured in our 2022 Turkey Day Marathon!

No matter how lousy something is, there are always a few people who will say it’s the best thing ever.

but the opinion of a population will define it’s true quality rather than the idomatic level of quality a single person here or there might give it.

I’m not going to dispute the soundness of this, but I will point out that one of the mottos of the show is “The right people will get it.” I think that applies to individual shows as well as the show as a whole.

having made better life choices than pretty much every character in either film.

And pretty much everyone involved in making the film!

The problem with that is that any such poll isn’t valid, because the people voting haven’t seen all the episodes.

Yeah, actually, that’s a good point. Every year, people say, “What’s the best movie of the year!” and I’m all, “I don’t know! I’ve only seen a hundred or so of the eight-hundred that cam out! There’s probably a gem or two in the 85% I missed!”

Don’t even get me started with books.

WE NEED AN ADVENTURE TO POWER THROUGH

With a bellyful of turkey, stuffing, and red wine, you think I need an adventure?! I’m starting to think you’re a deep-undercover Mad, @optiMSTie

With a bellyful of turkey, stuffing, and red wine, you think I need an adventure?! I’m starting to think you’re a deep-undercover Mad, @optiMSTie. 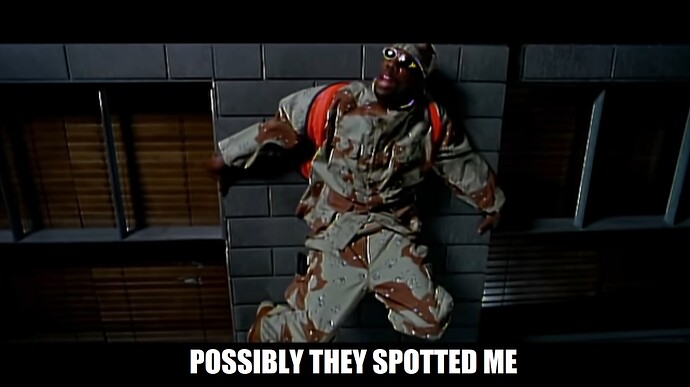 After three decades of Turkey Days, I think it’s great to see something more obscure getting its day in the sun. Rather than Manos, Space Mutiny, etc. all over again. (And anyway, those could still show up later. Since this is only the first round.)

This is a fandom which has always celebrated obscurities.

Grab a smoke or do the dishes during this one if it’s not to your liking.

By the way, our very own Wiki is happy to provide listings from the earlier Days Of The Bird. So you could theoretically reconstruct your favorite on the big day in '22, if you felt so inclined. (Well, there might be some bobbles over stuff tied up with rights issues. So… a partial reconstruction, at least…?) 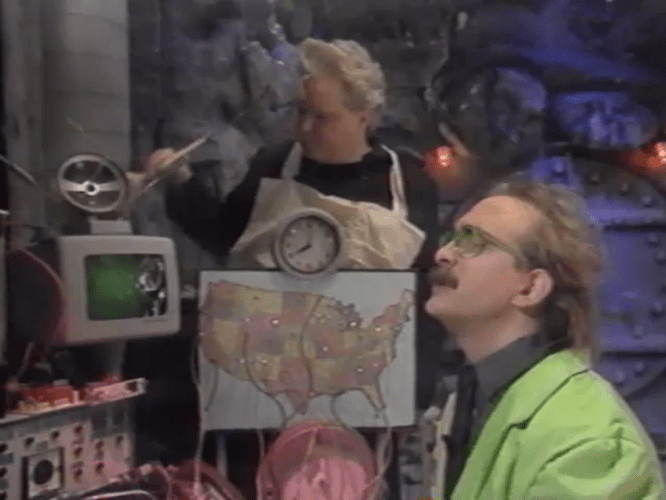 Turkey Day is a Thanksgiving Day marathon of MST3K episodes. It originally ran on Comedy Central and was first held in 1991 to commemorate the show's third anniversary. Special bumper segments were shown between episodes and each Turkey Day marathon...

Continuing the discussion from Weekly Update, 10/4 -10/8: PRODUCTION LOOMS!: Here’s a list of every episode from season 1 to 12 - years featured on Turkey Day found (here) - For those without will simply say (None). If you want to add to this (I didn’t include specials), order it in different ways - or use this info elsewhere, maybe create a list that can be reordered by Turkey Day years or whatnot, go ahead on. Also, let me know if I missed something or got a year wrong, etc, and I’ll make t…

Which I can never, ever update, just add posts at the end -sigh-

Which I can never, ever update, just add posts at the end

A mod can temporarily make it a wiki post which should give you the ability to edit it if you want. We could even leave it as a wiki, but then anyone can change it. If you want to go back in and make edits just let me (or any of us) know and that can happen.

You’re 100% entitled to think we’re voting wrong, of course! I did vote for Skydivers not because it’s a better episode but because I have a personal aversion to all of the biker gang movies. There’s nothing objective about it, and there doesn’t need to be; this vote is personal, and to quote my sister on a different topic, “the stakes could not be lower”.

The sloooooow pace of a Coleman Francis film is better for the digestion, while Ross Hagen films angry up the blood. So I say The Skydivers is the no-brainer Turkey Day choice.

See, now you show how the Forrester Family missed out on the perfect movie to get the ultimate win: a Coleman Francis directed movie starring Ross Hagen.

Like there is a difference between revival meetings and Texas hs football.

Hagen’s films are depressing, but he doesn’t strike me as being depressed himself. (Unlike Francis.) Even when he’s mourning poor Rita and vowing revenge, he’s not really putting his back into it. I don’t think they would’ve made a compatible team, for that reason.

I went Hellcats simply because I haven’t seen it in a while. I think I watched Skydivers recently…it was on the MST3K channel on WatchFree while I was cooking!

I voted Hellcats because I didn’t read through the thread first and thought it was Wild Rebels. I don’t regret it though, because I have seen Skydivers too many times, and now every time I drink coffee I think of Coleman Francis.

Oh, I know some guys that can fix that problem for you: 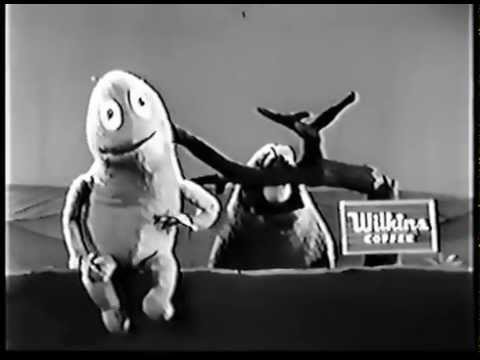 That is amazing, like an evil Kermit the Frog. I’m surprised they didn’t get sued.

Well 1)It was around the same time Kermit debuted and 2)Jim Henson made these commercials as well. So that would have meant he was suing himself, and that’s just silly.

How is Skydivers winning? I think there’s more skydiving in Hellcats than in Skydivers!