Well somehow the Broncos managed to win. They even managed to score gasp two, count them TWO touchdowns!

Does anyone know why there are two barely-staggered Monday night games?

No idea but at least the Bills have the early game.

And now for some pointless history: This the first time since 2011, the Jets, Jaguars, & Lions all won their respective games on the same day

The Bengals have returned to Earth and I just don’t get that team, you knew your O-line was a sieve and what did you do to improve that? Maybe there was nothing there at free agency or the draft, dunno, but it’s still a sore spot.

I wasn’t able to see much on Sunday, but I couldn’t miss Bear week. Packers woke up - getting Lazard back helped. Save for a fumble spoiling a fantastic drive, which seemed to take the momentum out of them, they still ate up clock with the run game and owned the Bears once more.

And wasn’t that a sweet cut by Aaron Jones? He took Smith to School with that move. 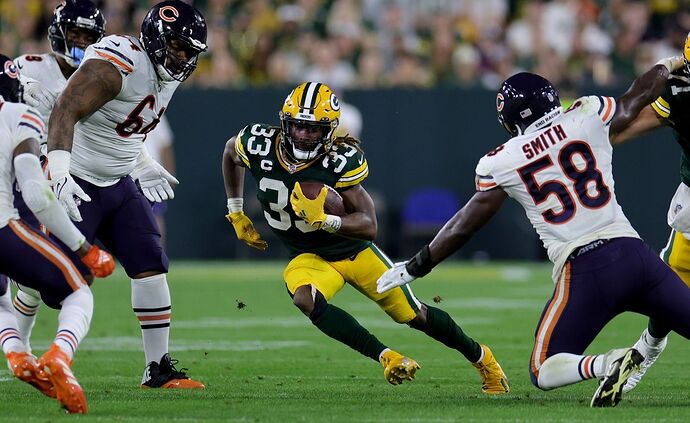 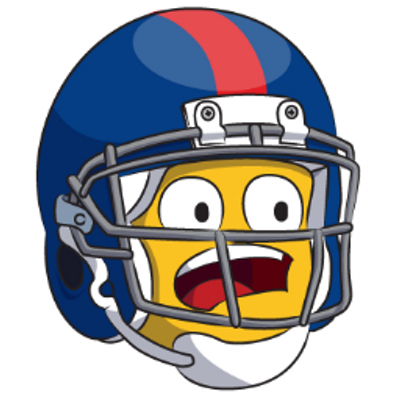 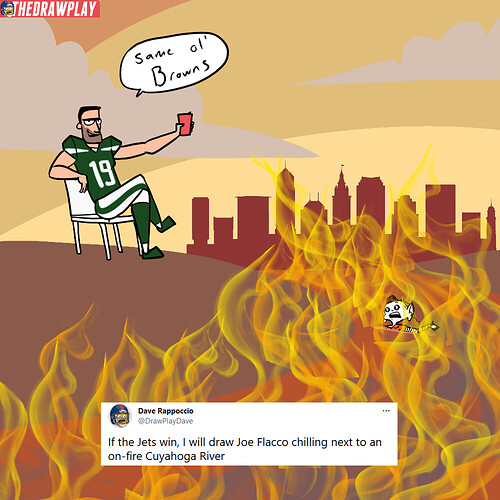 Watched the highlights for several games and man, how did the Browns blow that? Jets have a minute and 30, down by 13, amazing… 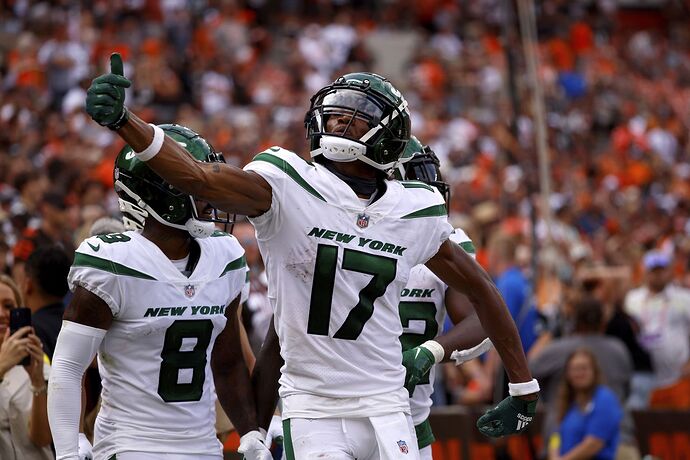 The New York Jets needed 17 in real-time to complete one of the most unlikely late-game comebacks in NFL history. Here's how they did it and what all the key figures were thinking. 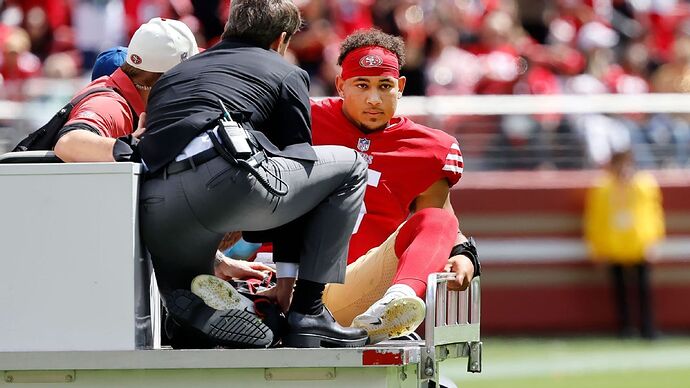 Trey Lance will have season-ending ankle surgery Monday, according to coach Kyle Shanahan, after suffering the injury early in Sunday's win against the Seahawks.

If Jimmy G gets them back to the playoffs I would start calling for some coach’s heads!
So apparently, For each game that Jimmy Garoppolo plays at least 25% of the snaps, he earns $250K. If the 49ers win that game, he will earn another $100K for a grand total of $350K

Eagles up by 7 1st quarter against the Vikings.

Guys on the radio are joking that these must be the backup officials because they don’t seem to know what they are doing.

Both starting QBs pulled by the end of the 3rd as Buffalo is Literally Stomping a Mud hole in the Titans @$$es and walking it dry!!

Hurts is putting on quite a show.

Looks like the Titans have thrown in the towel. No more Tannehill, no more Henry (not only did we stop the Derek Henry train, we Derailed it), and what ever other starters they usually have as it’s a battle of the backups to close out the game

Oh, Vikings. I knew last week was too good to be true.

That was a crazy 2nd half, blocked field goal, interceptions, all that back and forth on the field and no scoring by either team? So the half time score holds up.

Didn’t see the Bflo/TN game, but looking at the final scores makes me think…so far so good!

I hope they’ll play some highlights tomorrow, or I can look at the abbreviated play-by-play just online in text format.

Miami next week? Well, it’s on a Sunday, so I’ll probably be able to catch that. Don’t know if it’ll be a nail-biter or not, but my fingernails are getting a bit long anyway.

Got maybe 4hours of sleep and I’m still hyped by our domination last night. Even found a way to stop Derek Henry that eluded us the last 2years!
It was a somewhat close game at half time even though we were starting to run away with the game in the 2nd, but then we tore into them in the 3rd. I could have gone to bed afterwards at the start of the 4th but I was just too pumped up.
Looking forward to watching the highlight reel myself

Some more history: The Bills won a home Monday Night Football game for the first time since a 27-20 victory against the Denver Broncos on Sept. 26, 1994. That’s 10220 Days ago

Well, after finally getting back into the playoffs my Raiders look to be back doing Raider things and finding some creative ways to lose games. Honestly, up 20-0 we have to close out games like that.

I get to see my wayward team play tonight! Thanks Prime!

You should heed Romostradamus. Cooper Rush is better than you think, and he definitely played better than Prescott did in week 1.

Micah Parsons made La’el Collins look like Chaz Green. If you don’t know who Chaz Green is, it’s because he’s a very bad offensive tackle.