The Buccaneers are evacuating Tampa Bay on Tuesday and will be practicing at the Dolphins’ facility due to Hurricane Ian
The league is evaluating whether the Chiefs and Bucs can play in Tampa on Sunday night… Based on current storm tracks and storm surge estimates, I’m gonna say No

Cooper Rush is still better than you think, and the Giants’ offensive line is crepe paper. NY back road boogan fans are extra extra sad because they got booted in the truck nuts. I win.

If only this was real maybe they would actually go out and win a game, or even more than it. This weekend was rough with the Raiders continue to do Raider things, and then there was the previous day when my Sooners let Kansas State run wild on them on a day when some of the greatest defensive players in OU history were honored. What a damn shame.

This made me laugh 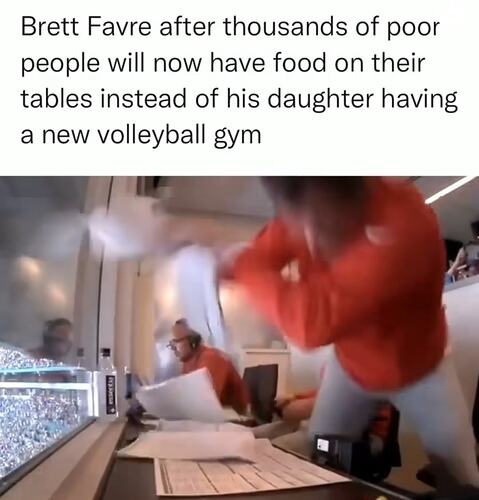 According to NFL exec Jeff Miller, there is no change to the Bucs-Chiefs game on Sunday as of now. They are discussing all matters with local authorities. Should Hurricane Ian force a change, the game would be played in Minnesota at US Bank Stadium.

Should Hurricane Ian force a change, the game would be played in Minnesota at US Bank Stadium

Minnesota? The storm must be aiming south? Last I heard the alternate site was Miami.

Tampa is really holding their breath. The Storm surge is what’s going to be the problem.

What’s wrong with that? I can actually see the game after work, assuming some clowns don’t monopolize the TVs at my little dive bar.

Hey, I’ll be drinking RC Cola, so I could use some excitement.

I predict a slam dunk for Bflo. And a preview of Bills’s midseason stride.

What’s wrong with that?

Never said that was a problem.
I’m glad to see it on TV without me having to tune into the local Buffalo channel on my Fire stick

There are days when I think my greatest moral failing is my failure to stop watching football. It’s in many ways our modern day Gladiator games. For all the talk of player safety, there is no way to make football safe and still be football. I think every sport has safety risks – anything that doesn’t it’s hard to call sports – but at least in basketball it’s a knee injury, or a torn ACL, or an achilles tendon issue. It’s almost never brain damage.

Anyway, I hope Tua is okay, and I hope he got enough guaranteed cash in his contract to be set for life, because damn.

Anyway, I hope Tua is okay, and I hope he got enough guaranteed cash in his contract to be set for life, because damn.

Did I miss something? What happened?

And here I was coming to note that the Pro Bowl will now be a flag football game instead of full contact.

Back, neck, and head injury. They say he’s talking and can move his arms and legs, but it took them three or four minutes to get him off the field and a few more minutes to get news of his condition from the hospital. I think everyone watching was bracing themselves for anything between death and full paralysis. The live footage was rough enough that Al Michaels felt the need to explain the fencing response to the viewers at home.

According to my partner, he had a probably concussion last week (or the recent past?) , probably shouldn’t have been playing today, and would probably be in much better shape if he’d been given time to heal his brains properly.

Oh man, you never want to see that. That’s career-ending, even if it’s technically not, he needs to stop playing before it’s too late.

One of the worst things I ever saw was Ed McCaffery breaking his leg in a Monday night game. That was Sept 10, 2001. Needless to say, there was very little coverage of his condition in the following days, and fans were left wondering if he would ever walk again.

I was a wee tot watching with my dad when Joe Theismann’s career ended with a compound fracture. They replayed it over and over again – not something they would do now.

33 years later to the day, playing for the same team, Alex Smith suffered a compound leg fracture. At the time it was obviously serious, but a lot of people don’t realize that he almost died from it. That he went on to play again was equal parts heroic and idiotic.

It’s not a sport for the squeamish, for sure.

he had a probably concussion last week (or the recent past?)

The likely concussion was only five days ago. The team claimed it was a back injury, but he was grabbing his head. He “cleared” the “concussion protocol” and was sent back into that game.

the Pro Bowl will now be a flag football game

The Pro Bowl has always sucked, so it’s not like they can make it worse. I’ve always hated Fantasy Football because it’s just… making up fake Pro Bowl teams, and nobody likes the Pro Bowl!

I guess I’m grumpy today. Sometimes I just feel like I’m not ready for some football.

Just waking up and getting caught up on this game… HOLY SH!T… 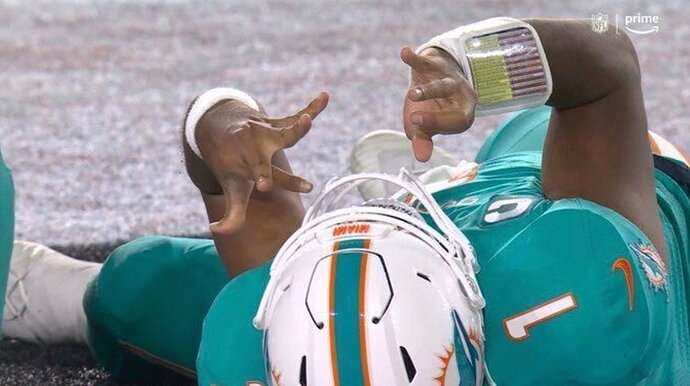 Tua Tagovailoa has suffered what appears to be his second head injury in less than a week and NFL fans want Miami Dolphins doctors to pay.

Yeah that was horrible to see, very scary and it kind of takes the wind out of your sails as a viewer, you (or at least I) wince every time you see a hard hit thereafter.

Hope he’s going to be okay, that’s two bad hits within 4 days (the first might have aggravated the back like they said, but his head still hit the turf hard)

Bills’ CB Xavier Rhodes suffered a hamstring injury and is likely out for Sunday’s game vs. Ravens, per HC Sean McDermott.
The Bills just signed Rhodes on Wednesday and 2 days later he’s injured 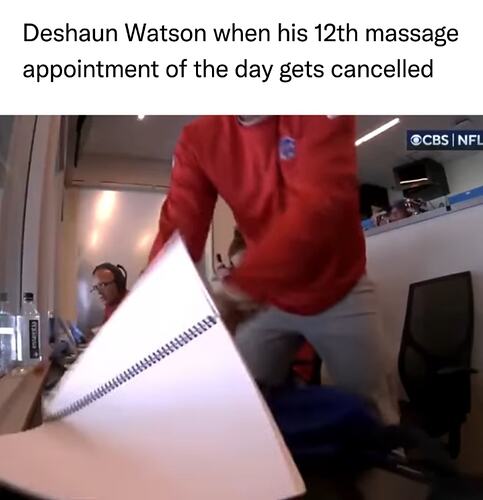 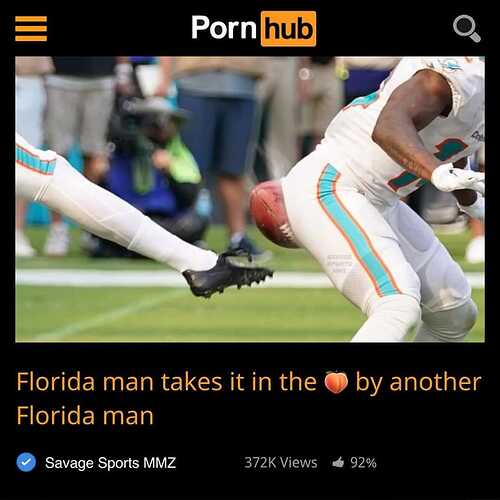 Onto the Bills @ Ravens game.