Since head coach Sean McDermott came to Buffalo in 2017, the Bills have played on Thanksgiving twice and are set to play on the holiday for the third time in four years. Buffalo is 2-0 in their last two games on Thanksgiving with a win over the Saints in 2021 (31-6) and a win over the Cowboys in 2019 (26-15). That Cowboys one was a fun one to watch

If Detroit prevails (!?!) against Bills on turkey day…I will be very impressed. But I will suck on a … doorknob … if that happens.

I do gotta say the few Detroit fans I know IRL take it all in stride.

Don’t be copying me!

You copy me in a dream you better wake up and apologize, son! Yo!

Finally. Past the two minute warning, and don’t think there’s a way for Detroit.

That was a hell of a way to wake up this morning and look at the scores and the play by play. Then, finally, no-huddle shotguns for a TD, but Basso didn’t make the extra point.

Just looking at the play by play, it seems as if TBass just wanted to stuff that ball on his next kick, which he did and Detroit probably wisely took the touchback.

Field goal at BUF 42? I don’t think so. I don’t want any OT on this. Never mind, review led to reversing call. If they try it, just have somebody rough the kicker.

Finally the Bills squeeze out the victory

If you all don’t mind, I think I probably should have that heart attack I almost had! Whew.

Once again the Buffalo Bills taking years off my life, I’m going to look like Alucard at the end of this season

I was gonna go for seconds of Thanksgiving food but lost my appetite as we were all getting into that game. I just brought home a bunch of leftovers 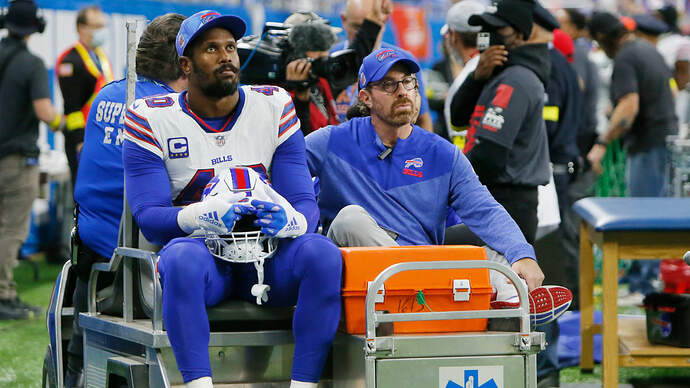 Bills linebacker Von Miller suffered a knee injury in Thursday's win over the Lions and was ruled out for the remainder of the game. Miller is believed to have a knee sprain.

The Bills make History with Back to Back Wins, Back to Back on the road, in a span of 5 Days in a stadium that wasn’t their home venue! Josh Allen is also the first QB in NFL history to win Thanksgiving Day games in all three time slots. Very impressive! 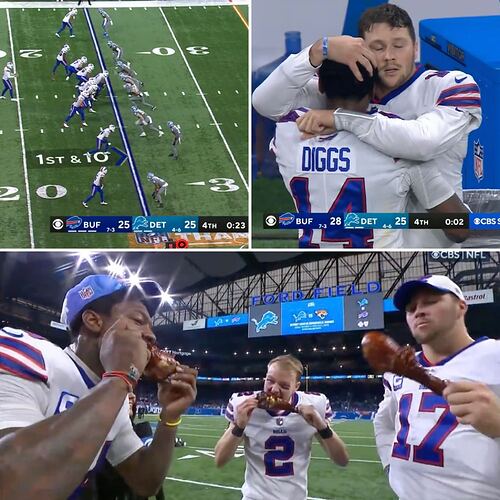 And they’ll be good news for everyone (every reasonable person, anyway!) later today when the Vikings crush the Pater-taters.

Oh…come on! 3rd quarter, Pats seem to have just been marching up the fricking field willy nilly!

WTH is going on? I’m not going to follow the game, but I’m gonna be very very upset if New England doesn’t get a massive beatdown today.

/* Oh! Yeah, I did follow the espn.com play-by-play from mid 3rd quarter…that was pretty tense, but the dinghy SS Pat-emkin are down at the bottom of the division. Where they belong! */ 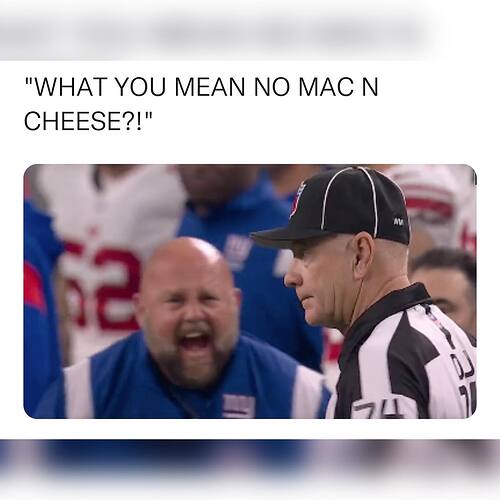 Forgot to mention the Lions kicker got jinxed yesterday… 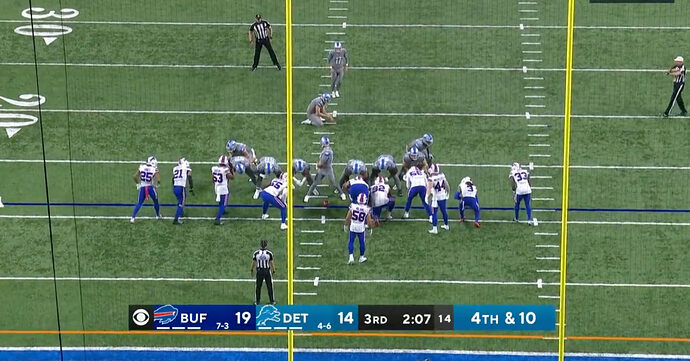 FROM 29 YARDS OUT. Michael Bagely has been perfect all season, not missing a single field goal or extra point, and with one lined up from only 29 yards out, Jim Nantz thought he was safe from jinxing the Lions kicker. He was of course wrong. Never...

Bills’ LB Von Miller did not tear his ACL, but there is other damage that doctors are reviewing to determine how much time he will miss and for now he is out indefinitely, per sources. He could be out a couple of weeks, it could be season ending; more info still being gathered.

The Lions impressed, they fought to the end (course the refs missing that facemask didn’t help them). But yeah, I’d like to see them build upon this season, I’ve always like seeing new Superbowl contenders emerge, and poor Detroit hasn’t been crowned champs since the 50s. (I know, I know, they are divisional rivals to the Pack. Still, I have a soft spot for underdogs and for those fans who’ve waited so long for that Lombardi trophy to come to town)

As for the Hawks, I didn’t realize this 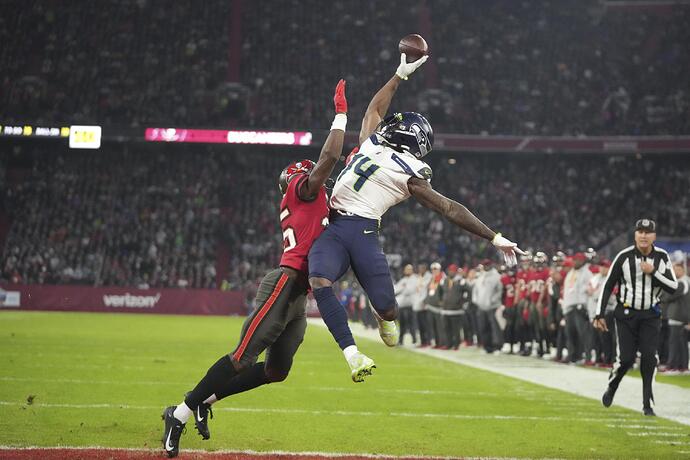 Seahawks happy to be home for a while, set to host Raiders

SEATTLE (AP) — There was an underrated aspect to what the Seattle Seahawks accomplished through their first 10 games and their surprising surge to the top of the NFC West. They did most of it away from home and flew plenty of miles in the process —...

Most of their first 10 games were played on the road, now they get to stay home in 5 of their final 7 games. That should be help.

Just checked next weeks (Week 13) game time and it’s another TNF game against the patriots in NE. Let’s see who can get healthy in time for that game

The Bills have signed fan favorite WR John Brown to the Practice Squad.
Welcome back Smoke!

And the rest of Week 12 is underway.
I’ll be watching the NFL Red Zone