Avatar 2 So Costly It Has To Gross 2 Billion To Break Even.

Posted this in the Trailers thread, but I’ll repeat it here:

The thing that fascinates me about Avatar was how huge it was at the time, but how small of an impression it left on everyone. Like- based on the numbers, everyone SAW Avatar, but most people you ask can barely summarize the plot or name more than 2 characters. That’s not how nerdy movies usually work when they get that big.

Oh come on, you hear people quoting the movie all the time. They say, “Hey, you… blue person… um… and all the colors. In 3D…”

OK, I got nothing.

I remember there was a guy named Jake Sully and he controlled a blue person suit but it didn’t have six arms like the real blue people, so I didn’t get the point. And then there was a fight with a mech with some reason and Sigourney Weaver died. And that’s about all I remember.

Oh and that weird sex scene.

Given the blunt-force trauma subtlety of the messaging in the first movie, I’m sure the new maguffin will be “Maganium” or “Sustainabilitanium” or something similar.

I’ve also never seen Avatar, but I would absolutely be at the front of the line to see The Smurfs Dancing with Wolves.

Okay, if RiffTrax do a “Just the Jokes” riff for it, I may be tempted.

I always called it ‘upsidaisium’ because that’s who I am!

I saw Avatar once, so I’m assuming that I already saw Avatar 2. I’m good.

Yes and no. One could argue if you’ve seen one MST3K then you’ve seen them all. Most of us MSTies would disagree knowing it well enough to take exception. Everything that becomes a phenomenon or a lasting thing does so for a reason. Not all of us may understand that reason (like that one person we can’t convince to like MST) yet that shouldn’t suggest there isn’t a why to the relationship just like Mystery Science.

As someone who began loving movies and the art surrounding them, the mystique and power of storytelling and the pull of a particular person’s point of view is essential. Alfred Hitchcock, Steven Spielberg, Martin Scorsese, Oliver Stone, Quentin Tarantino, they redefined motion pictures in their image and took the world with them. One might not appreciate those directions though you can’t deny the results.

James Cameron is a kindred spirit. A perfectionist of technology who gave us The Terminator (1984), Aliens (1986), The Abyss (1989), Terminator 2: Judgment Day (1991), True Lies (1994), Titanic (1997), and Avatar (2009). Each has its own following while as a whole they speak to his gifts and skill to enchant again and again across decades and to different audiences. Avatar akin to Titanic is a summation of years and years of planning and obsession and executed with a level of acumen and detail rarely matched in the medium. Enough so people responded and so much so those not caught in its wake were amazed by its popularity and walked away. The same with Titanic.

To be clear. I am not a fan of Avatar but I admire Jim’s talent. His knack to weave worlds out of nothing and author characters we still identify with today is tangible and long-lasting. He is a George Lucas or J.R.R. Tolkien. His name evokes particular responses both good and bad yet there is something which draws a glance. No matter what form that artistry takes. Avatar is compelling moviemaking and to the right eyes is dynamite entertainment. It popularized 3D to where we couldn’t get away from it and much of the box trends we live with derive from its success. I found its story heavy handed but its effect on viewers real. 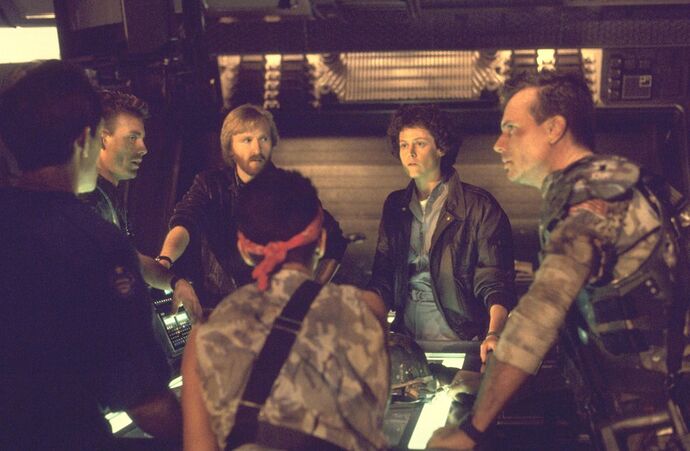 While I will agree that Cameron when he is on his game is a great director, I will say this…

Saw it a 2nd time on Rifftrax and it was so not worth repeat viewings.

Still waiting for them for the Marky Mark Transformers movies.

While I will agree that Cameron when he is on his game is a great director, I will say this…

The Terminator and Middle Earth are their own entities. No one other than those two could have devised those mythologies and complicated stories. Both men also spent decades finishing projects owing to the high standard they place on themselves. They are each masterminds in their particular disciplines and they influenced everyone who followed in their footsteps. I stand by the comparison. One might place more stock in one over the other yet they each were pioneers and proponents of elevated storytelling. Something they both held dear. The only distinction I see is literature versus the motion picture. Novels hold a higher esteem with some. It greatly depends on what you love. 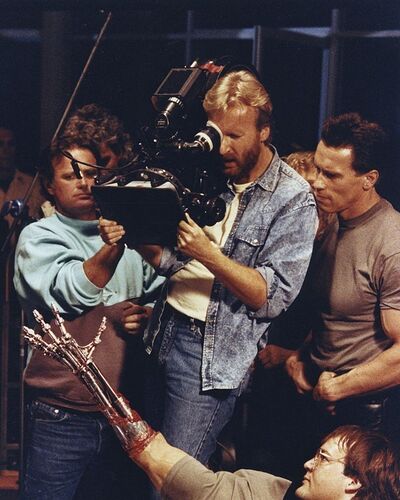