Put your Manos together and welcome a new provincial in-the-theater riffed movie experience.
The indie theater that I frequent in St Petersburg just added a riffed movie night! And what did they start with but Manos The Hands of…such & such.

As a lightweight, i have only seen the film (riffed of course) about 20 times, and the majority of those were the MST3k version, but the Rifftrax Live version is awesome too (You make me feel like dancin!). Need to watch Trace & Frank’s version again as well, because I know theirs is a quality take.

Anyway, the point i am trying to arrive at is while I was excited to hear a new take on Manos I DID DREAD going back in again, but I made it through!!

When surveyed the post-credits carnage I was pleased to see no Cronenberg heads had gone off in the theater and saw only beaming smiles looking back in my direction.

The dudes who riffed it had fun with it and encouraged audience riffing, and the crowd obliged! Go again, lads!!!

If you are in the Tampa Bay area and want to see the next show keep an eye on Green Light Cinema social.

As a fan only, I will try to announce the next show here. 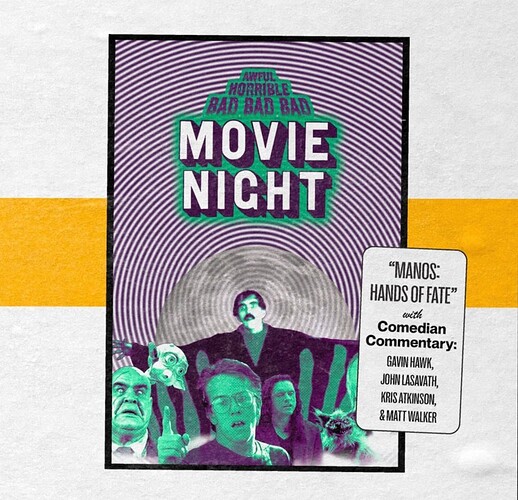 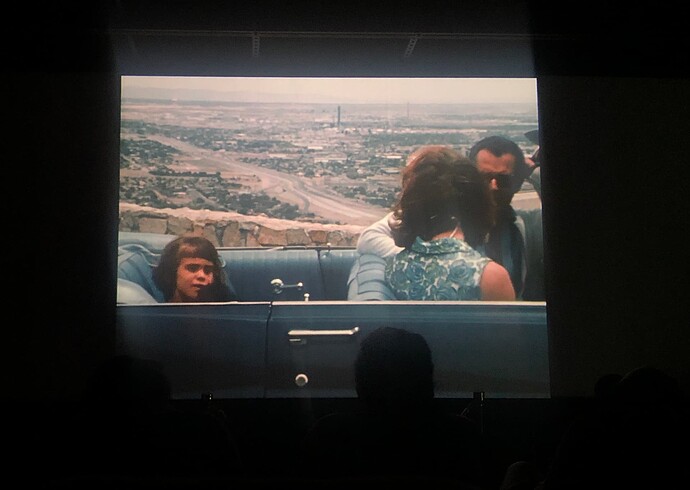 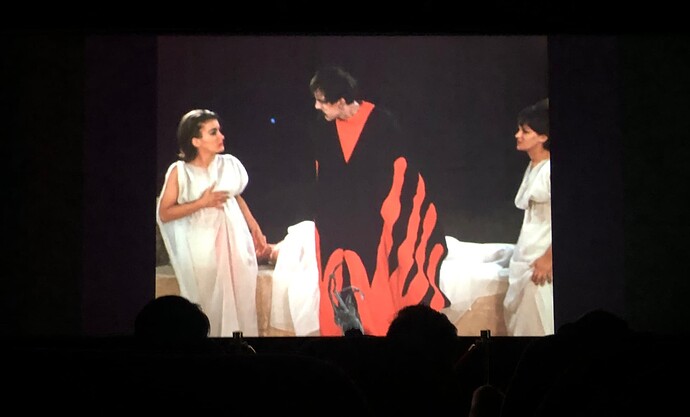 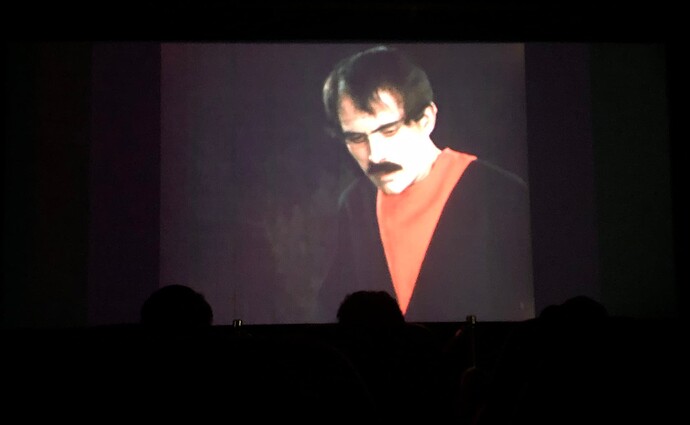 Was this the first time of a promised more times or a one-off?

I am just spit-balling here, but it looks to maybe be once a month for possibly six months (as a trial) to see if it has some viability. The poster artwork had pics from Plan 9, Hobgoblins, The Room, Troll 2, Manos and Mac & Me.
As long as they do the shows I will support it!
As an also fan of Brittrax, Janet & Cole as well as the iRiffs(cinestar, etc) I love hearing new voices trying out the medium of riffing.

In a move that is a surprise to me the riffers have chosen a film not on the artwork of the graphics.
Silent Night Deadly Night 2! 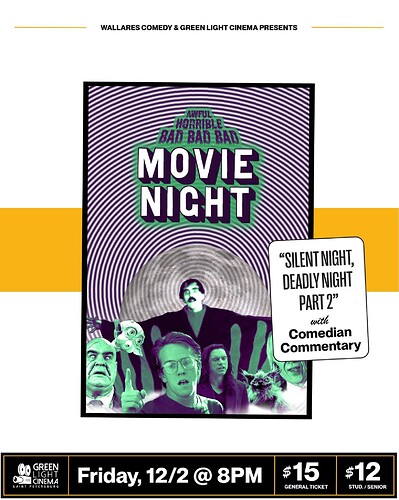 If you are in the Tampa Bay area please join us in supporting (as i will be) locally riffers in action.
The location is Green Light Cinema in downtown St Pete.
Hope to see you (and hear you laughing or shouting out riffs) there.

thanks, that is news to me

It was a great time tonight! The team did a solid job of riffing Silent Night Deadly Night 2 with some assistance from the audience AND they announced that next month’s film to be screened & riffed is Mac & Me!

How did the audience react to the garbage day scene? 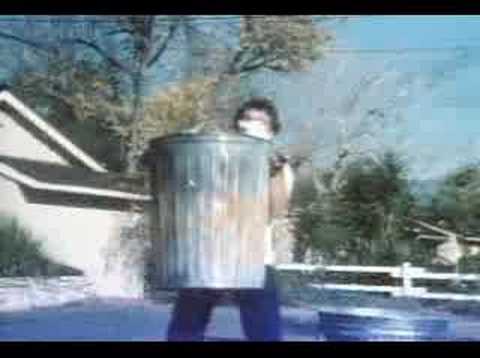 one of the riffers got really excited as the moment neared, and then i think they joined in a multi-layered chorus of the line.
i had totally forgotten this film was the origin of that line, if i even knew it at all. acting