For those of you not from around here, Merrill is the home of the Cosmo Theater (which is still up and running) which is featured in the night time scene where the spider is attacking the townspeople.

The exhibit is pretty nice. It was curated by a young man named Brandon Johnson, who said he has been in contact with Rebane over the past four years getting materials and stories.

Here is an overview picture: 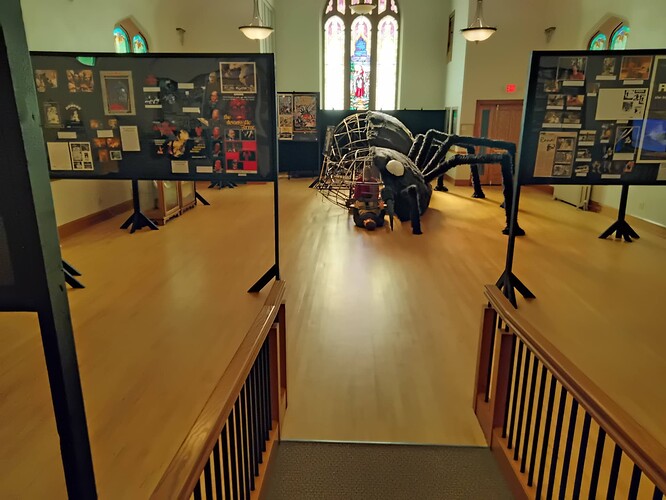 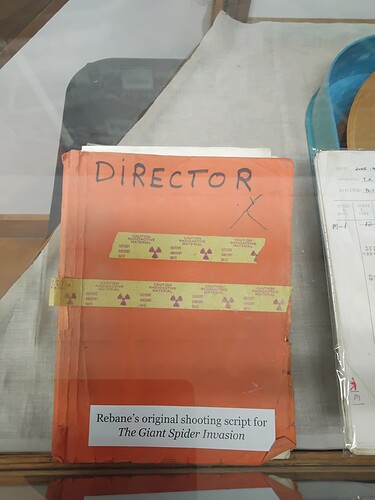 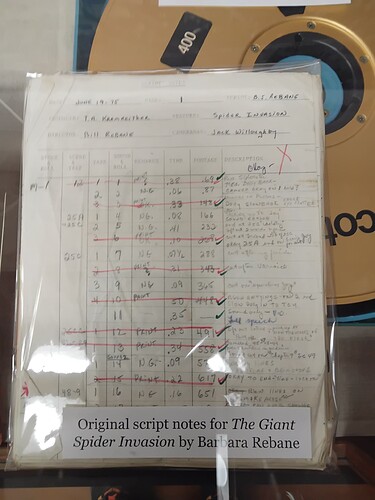 One of the spiders: 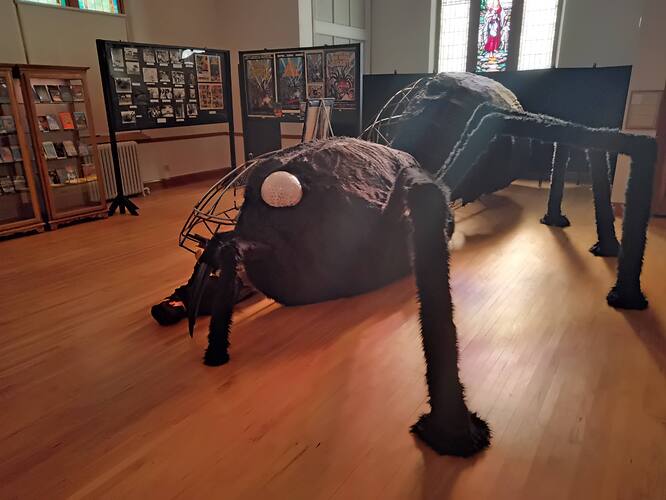 Finally a walk around the “Great Spider”: 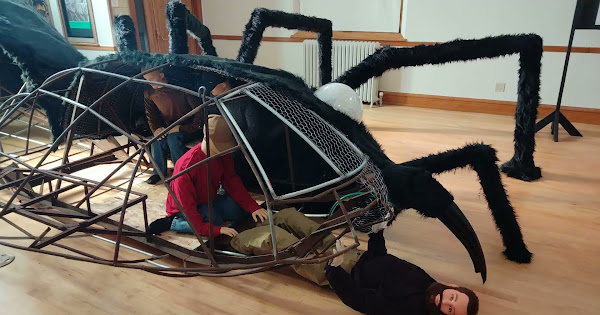 Brandon also created a book of many other Rebane materials, you can contact the Merrill Historical Society for. Sells for $20. 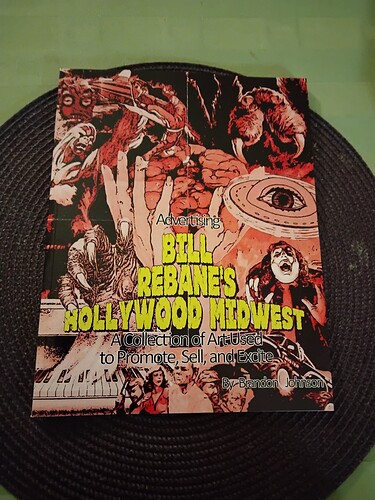 That’s enough for now, I will post more from the exhibit and book later!

The “CAUTION: RADIOACTIVE MATERIAL” labels all over the shooting script are a nice touch. Apropos, really.

But seriously, this is all pretty sharp stuff, thanks so much for sharing all of that with us!

@Bill_Coady Have you just outed yourself as another central Wisconsinite?

Indeed I have, but not a Merrillite – just visiting there

There is lots more, lots of other movies and a Monster A Go Go poster

There is lots more, lots of other movies and a Monster A Go Go poster!

Really appreciated, brother, and glad you had the opportunity to see that exhibit!

I need to drive to the filming locations for Giant Spider Invasion now that I can. Steven’s Point isn’t far and then, I could go to Merrill and Gleason.

I need to drive to the filming locations for Giant Spider Invasion now that I can. Steven’s Point isn’t far and then, I could go to Merrill and Gleason

That’d be some sharp stuff, to be sure. And if you do decide to take such a journey, I hope you have a terrific time of it all!

Not much to see in Gleason, although there is a Mennonite bulk store there, stopped by there today.

Not like there’s much to see in Merrill, either.

At least Point has me.

And the Blocher Planetarium (to pander to @TeriG’s interests)

Oh, I wouldn’t be going there for anything but to say that I was there.

And the Blocher Planetarium

Is that where the scintillating lecture was given by Barbara Hale?

“one of the finest directors to ever come out out of NorthCentral Wisconsin,”

So I am assuming there has been more than one…

Ask Frank Conniff. It’s a riff directly from the episode.

Yes, according to Wikipedia there was some filming in Stevens Point, so I would assume that was it.

The real question is: Is there a nearby Menards for a giant spider invasion of savings?

Alas, the closest Menards are in Wausau or Antigo. You’d have to take a trip in your furry dune buggy to get there.

Well, it looks like I suddenly have plans for tomorrow. Thank you so much for sharing! I wouldn’t have known about this otherwise.

That’s ok, there’s a Menards just down the street from me anyway.