Maybe we should plan a group pilgrimage at some point.

Ok, everyone meet there next Tuesday!

Nice to see The Dead Talk Back

@SquareMaster and I just visited the exhibit in style. 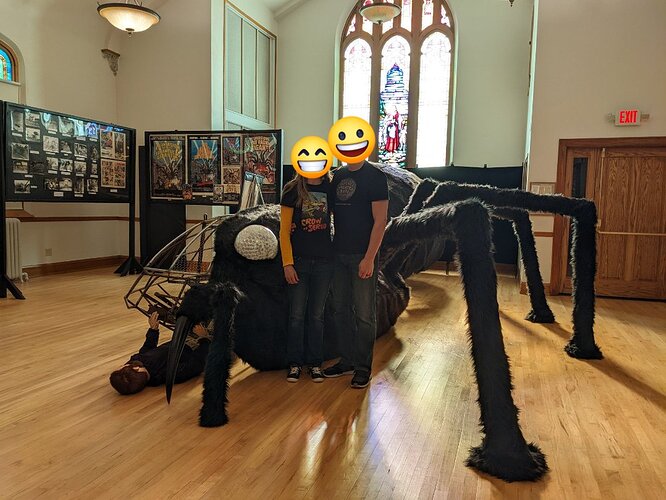 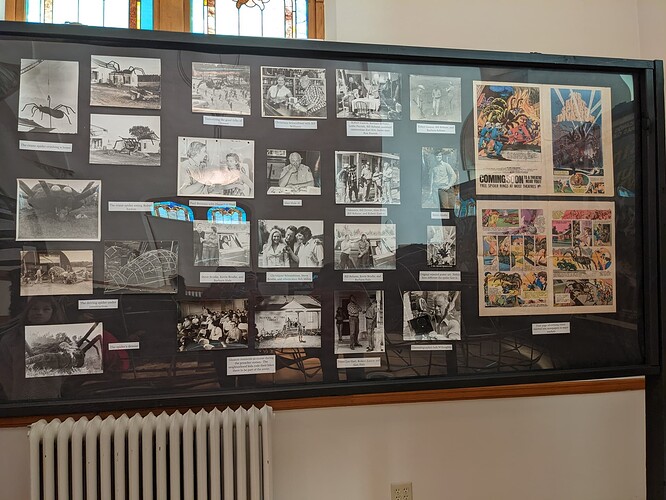 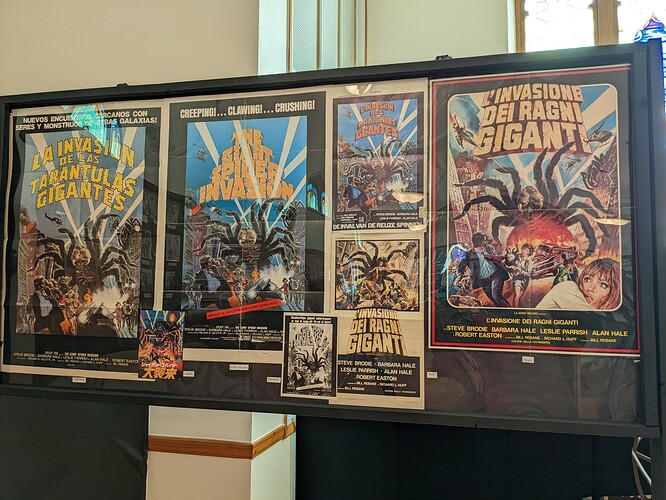 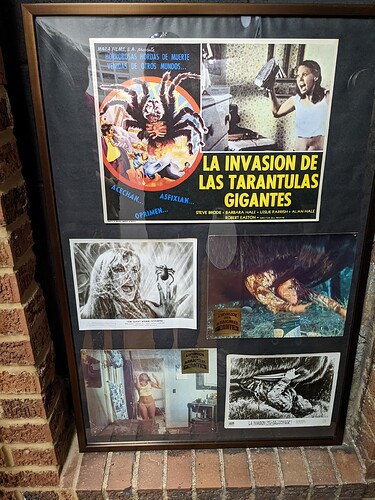 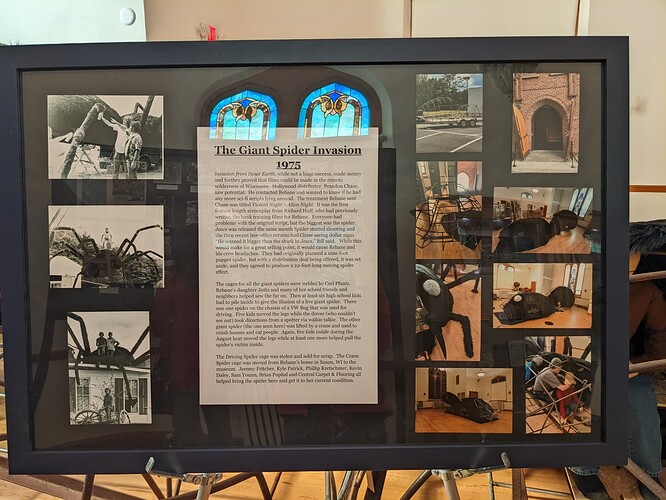 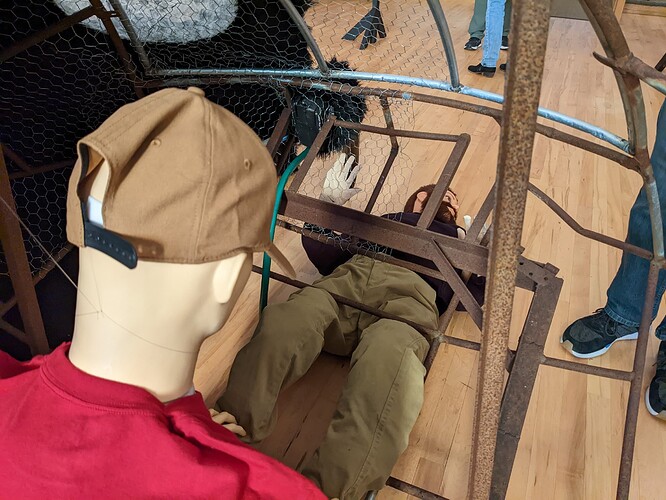 Surprisingly, few of the others viewing the exhibit had heard of MST3K and none of them had seen this episode.

Did it explain why those people were in there in those positions?

Here’s the text on the 5th picture that explains it: 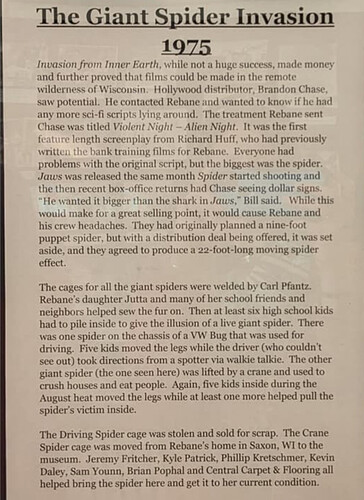 How did they know the stolen spider was sold for scrap?

an exhibit dedicated to “one of the finest directors to ever come out out of NorthCentral Wisconsin,”

I think there’s an extra word there.

…okay, two extra words, since it says “out out”, which I assume is just a typo. What I mean is this should surely say “one of the directors to ever come out of North Central Wisconsin”.

Maybe they liked his countenance.

Unless he came out… is Bill LGBT+?

Also not alluded to in the exhibit.

Based on commentary from a friend whose niece married his grandson, he most likely is not.

Actual riff, except for the typo.

I grew up in Northern Wisconsin and stopped by the exhibit yesterday on the way back from a date with my family. No one else was there at the time, so Brandon gave me a tour; he’s working on a book about Rebane and has interviewed a ton of former collaborators and crew members. He has a ton of great stories.

Definitely also pick up the exhibit’s art book; the Giant Spider Invasion manga alone is worth the $20. And for those who are looking to visit all of the filming locations, Nicolet College in Rhinelander was also used for some exteriors.

I’m honestly surprised Hollywood hasn’t made a Hodag movie. Where you can only see the monster if you’re drunk.

They’ll get to it right after the jackalope movie.

Well, Rhinelander did just win Best High School Mascot in some online contest a couple weeks ago, so maybe the increased attention will lead to a Hodag movie.