Can we please have a non-backer newsletter???

The Gizmoplex Feature Requests
website, other, general
Kamiface December 2, 2022, 5:38am 1

I wasn’t in the kickstarter, but I bought a $150 annual pass. My best friend (Cleggster, to you guys) has been forwarding me the backer emails recently, because I have never got anything like them in my email. They don’t have a newsletter for non backers as far as I can tell. It’s really frustrating, I missed SO MANY EVENTS that I’d paid to see, because I just didn’t know they were happening. Can we PLEASE have a newsletter for non backers so we also know what’s going on? I’m not trying to be a jerk here, but I’m not renewing if I’m not gonna be kept in the loop simply because I didn’t join the Kickstarter. That just doesn’t seem right. Send marketing to me already! I’m begging you!

The KS emails were a perk for backing the KS: 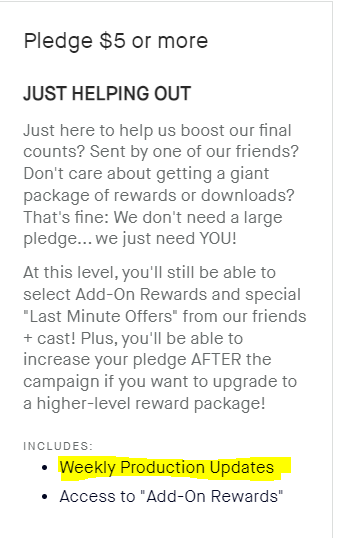 As for not knowing about events ahead of time, what events are you referring to? Your season pass does give you access to the VHX site, which lists all of the upcoming episodes here: 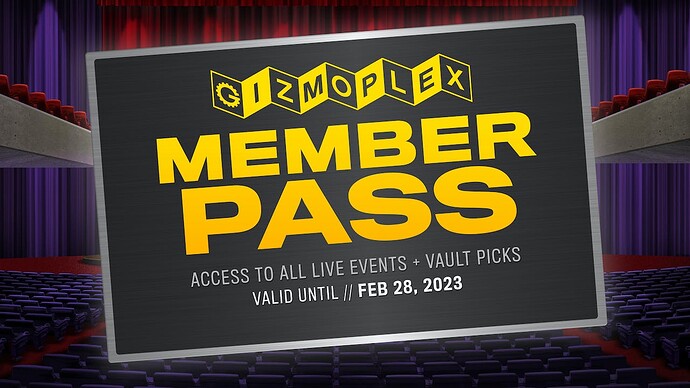 This Gizmoplex MEMBER PASS is valid for all new content released until FEBRUARY 28, 2023. DIGITAL DOWNLOADS FOR EACH EPISODE ARE AVAILABLE STARTING TWO WEEKS AFTER IT PREMIERES. All Season 13 episodes and shorts will remain available to stream and...

And the current month’s features are also highlighted in the Gizmoplex theater here:

Information is also posted through the MST FB, twitter, and Instagram accounts as well as this forum

All good suggestion, plus there’s the calendar

I see the OP’s point. Why exclude paying customers from announcements and reminders of new streaming events and content?

This is not about behind-the-scenes production updates, but instead just basic customer retention. “We value your membership [Gizmoplex Pass]. Please keep enjoying our service.”

Voted. We are well past “behind the scenes production updates”. The majority of the KS emails in the past few months have been updates/reminders about Gizmoplex events - new episodes, tribute episodes, Synthia’s selects. There is no reason those shouldn’t be going out to everyone with a season pass.

Anything KS exclusive–like the part of yesterday’s email that talked about perk delivery–could still only go out to backers, but the farther we get from the KS, it just doesn’t make sense that the only people who get episode reminders are those who backed the KS.

All good suggestion, plus there’s the calendar

Which people who weren’t on the forums back in Spring probably don’t know about. I don’t know that I’ve seen any “official” mention of it outside of the forums.

Of course, have you tried writing to:

Back in my day that’s how you got the newsletter. They even had a poobah.

Yes, It is I, the eponymous Cleggster.

I clearly agree with the OP on these facts. For my part though, it’s a matter of marketing. (something on my brain lately) And going forward, once March is here, are we still going to rely on Kickstarter to keep members informed? I have noticed that of late the Kickstarter e-mails have been informative and very well formatted. (something personally I appreciate) They also are full of references and links to joining and getting passes. And since most Kickstarters have a pass for now, they seem tailor-made for newer viewers.

This past year’s Events have been one of the few bright spots in a rather not-great year for me. And I want this project to be as successful as possible. I assume that we will be asked to renew our passes for next year so I feel that we should be as welcoming as possible to everybody who comes here.

And hopefully, we can get more people to write articles and conduct interviews about MST3K in the future. Buuuut I am straying off topic. Though a new Information Club is not a bad idea…

Seriously, if you bought a pass, you are a backer, even if not a KS backer.

Yes, please, newsletters all around!