My advice … don’t buy a car right now. With the chip shortages, cars, even used cars, cost way more than they should. If you can hold off, then do so.

If you need a car now, check out Hyundai. Good city cars in several different sizes and styles.

I know. I just hate my car SO MUCH. And I figure the flip side is I can sell my current car for more! Though I would gladly push it into a volcano at this point. 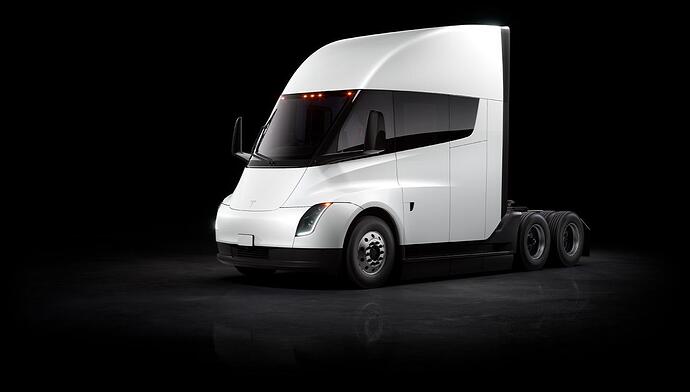 Believe it or not this is kind of my dream car

Took my old 1999 Dodge Ram 1500 out for a drive to get some gas as I’ve been slowly burning through the tank of gas I put in it last year sometime… I don’t drive it much these days while gas was over $3/gallon, (and because it has a big 5.9L V8 engine that might get around 11-12mpg) plus you don’t want to leave a gas sit too long in your tank or it could go bad and clog up your fuel injectors or ‘gel’ becoming ‘uncombustable’ and then it’ll have to be drained out of your gas tank completely.
So on the outskirts of town, gas was down to $2.70/gallon where in town the cheapest gas was Sam’s Club at $2.86 so I told a buddy of mine about the price (he has a Ford truck with a big engine as well) and he was like ‘Yeah we need to jump on that’! I was down to 1/8 tank of gas so I was ready to put some fresh gas in my truck… Put $40 total in the tank for a total of 14 3/4 gallons and that almost filled it up

As little as I drive my truck (it only has 116,500 total miles on a 23 year old truck) that tank of gas could last well into next year!
He filled his up with $68 total and he usually pays close to $100 for a full tank so he was really happy with that price!
Of course my 2007 Toyota Sienna gets much better gas mileage (around 19mpg in town and around 26mpg on the highway) and of course has a smaller tank but I may need to top off the 1/2 tank it currently has

My advice … don’t buy a car right now. With the chip shortages, cars, even used cars, cost way more than they should. If you can hold off, then do so.

My wife just bought a used Honda Rav 4 Hybrid because she was just dying to get a replacement for her 2006 Scion Xa now that we’ve paid off my car. She’ll be making most of the payments, I’m only contributing a couple of hundred a month, so I can’t really complain too much, but I think she should have waited.

Yeah, weirdly…I can get more for my used car than I paid for it. Even with interest.

So on the outskirts of town, gas was down to $2.70/gallon

Holy fu…batman sheep, on the way home this sad pantry out near industrial land had gas at $4.99/gal (that’s cheap for here!). I’ll still fill up in a few days at the taxicab dispatch station on Friday to shoot the bull with one of the pump jockeys or use fuel points from my Kroger “customer loyalty” card out in the burbs.

Oh, I am very dishappy about the CVT on my new/used Corolla SE. Yes, the paddle shifters work fine, but c’mon. Expected life of a CVT tranny about 100-120K? Ehhhhhhhhh.

Eff it, if that’s all than I’ll be engine braking as much as I want, in addition to getting more low-end power from dead stop by using “gears” with windows down and anything else up to by excluding giving lifts to friends and family.

She’s a beautiful car, though, especially for a slightly glorified commuter ride, and the thrill is very much not gone. Plus, a few Corolla mere “S” models park at work! It is to scoff! “SE” baby!

No, she’s not a Camry, like my last Toyo, but I like her just fine. Except for the CVT, but she’ll do!

Who is your Daddy and what does he do!!!

Yeah, I’ll pile on and say, gas prices are coming down lately, but it’s still redonk, yo!

Been doing some minor maintenance on my 99 Dodge Ram 1500 the last couple of weeks and it’s finally finished.
Started with adding a light bar I got for free to do an Amazon product review of, then a couple of amber/white caution lights (again Amazon product review) a LED 3rd brake/cargo light and under hood LED light, and replaced my original windshield wiper motor that worked when it wanted to.
Overall everything went well and I may start driving it for a little bit while gas prices are below $3/gal here.

Why is the world’s richest man an internet troll? I don’t understand humanity sometimes.

Ugh. My brother-in-law put himself on the waiting list for one of those ugly trucks. Thankfully, I don’t think he put down much.

On the old Car Talk show from NPR, I LOVED that show. I can’t really talk cars, but those guys were so much fun to listen to.

I know one of them passed, but the other still shows up on the radio these days doing ads for EBay Motors.

Watching Cars with my son recently, I also realized those two had a cameo on the movie. 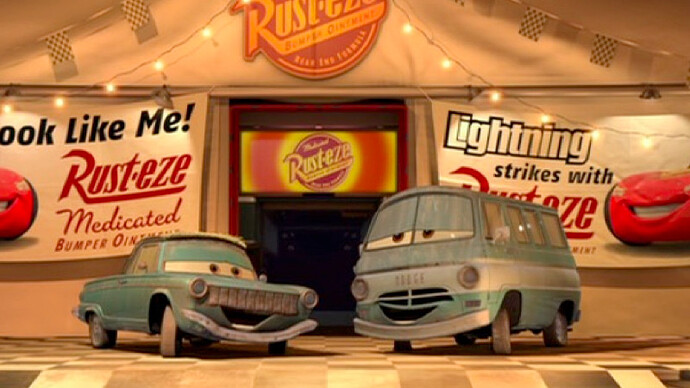 Tom and Ray made me laugh hard many a time. Like you, I know nothing about cars, but that show was a real treat.

Same! I still remember one of the ones I listened to…the caller had the headliner that was falling down and one of them suggested sticking a broom handle in the middle of the car to hold it up!

My first car was an 86 LeBaron. I grew up in the midwest, and the driver-side door wouldn’t shut when it got to be freezing. I had to take a rope and tie the inside handles together to keep it shut.

My first car was an '84 Ford LTD. This must have been in 1997 or so. It was a ‘luxury’ car once supposedly, but it was a piece of crapola when I got it. The power window would put the window down, but it wouldn’t come back up unless I pulled it up part-way with pliers. Then the suspension on the left side went out and I could barely make left turns. I once drove it to another city an hour away and when I got there, the engine was smoking. Good times.

Oh, and it was two-tone brown. 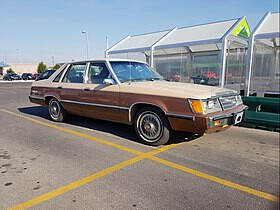 I just learned that a green-toned '84 LTD Station Wagon was the car in National Lampoon’s Vacation.