Any locals braving Chiller Theater today? This time I splurged for a doc brown/delorean photo op. Plan to get Mr.Lloyd and Leah Thompson. Wish I could get more, but that’s all I have enough for this year. Really wanted ‘jennifer parker’ and ‘johnny 5’ who is also going to be there.

Played by GPC puppeteer (at least from the Netflix seasons) Tim Blaney!

hmm, I did not know that!

With poor Mr.Lloyd getting up there in years, not sure how much longer he’s going to feel like doing conventions. so figured this might be one of the few last chances… 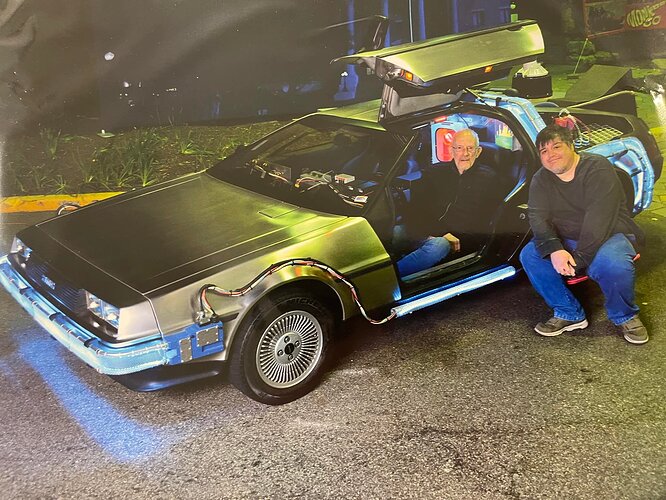 Also saw a beautiful blonde lady about my height, with an australian accent again. would have asked her out for coffee after her shift, but she was so clearly focused on work, probably not a good id ea. sigh 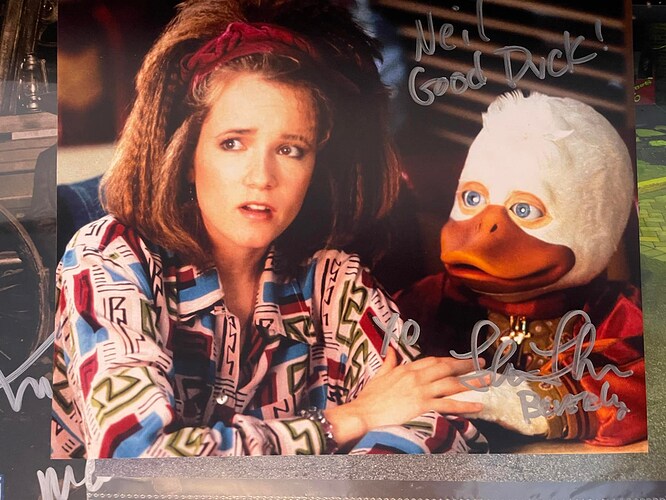 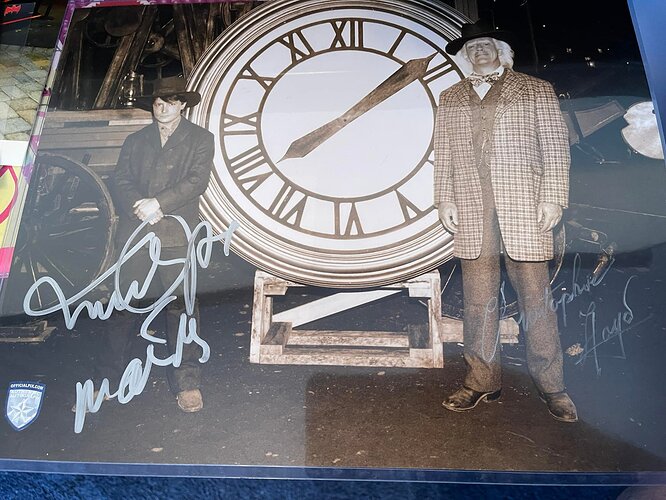 Other grabs of the day. I was a tad dissapointed that Mr.Lloyd’s marker wasn’t as sharp as the others, but considering he has to be almost 82 now, might just be writing strength, so I am NOT about to tell him it wasn’t ok even when he asks :).

He’s great in the BTTF flicks, as well as The Addams Family, but my fondest memories of Christopher Lloyd was as the double-denimed (and tremendously baked) Reverend Jim Ignatowski from Taxi. One of his best characters.