I saw The Concert For George last night…would’ve sworn I put it in the What are you watching right now??? thread but I don’t see it any more (or anywhere else) and while I recognized many of the people, I didn’t recognize all of them.

So, since IMDB has gone to crap, I went to Wikipedia, where I found this gem:

“Handle With Care” (reuniting most of the surviving Traveling Wilburys except for Bob Dylan);

OK, there were originally five Wilburys. Roy Orbison died while they were recording their second album. And this was a concert for the recently deceased Harrison. So if Dylan wasn’t there, “reuniting most” of the Wilburys means…Tom Petty and Jeff Lynne got together.

Just seems like a funny way to put it. It put me in mind of Conor Lastowka’s book/podcast, “Citation Needed”: 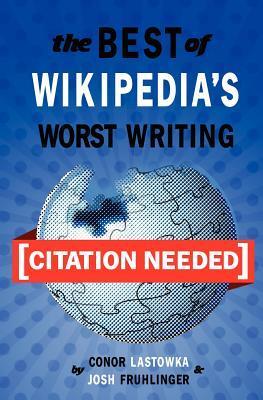 Do you need help telling the difference between a Renai…

I thought it might make a good topic for things that are either of dubious provenance or sort of dimly obvious (like “Yes, two of the three Wilburys is most of them…”).

Nearly every sportscaster ever.

“They’re going to need to score more points if they want to win this game.”

Roy Orbison died while they were recording their second album.

(Lemme put on my music nerd glasses… ah, good I always have them on): He died right after the first album was released. They didn’t start recording the second album until more than a year later.

Now that that is out of the way, this reminds me of when the Bonzo Dog Doo-Dah Band re-united (this ties in, as Neil Innes was part of the Concert For George). Anyway, so the rumor of a reunion surfaced online in a forum, and I replied “hey I’m seeing Neil in concert tonight, I’ll ask him about it.”

First of all, he was surprised anyone had heard about it, because they had literally just ironed out the details that morning. But my followup question was about how many surviving members were to be involved. I tried to phrase it in a non-upsetting way, something like “and will the reunion include everybody who is… available?” And without a beat he said “everybody who’s not dead? Yes.”

I only met him a few times, but he was always the best.

(Lemme put on my music nerd glasses… ah, good I always have them on): He died right after the first album was released. They didn’t start recording the second album until more than a year later.

And without a beat he said “everybody who’s not dead? Yes.”

That’s the youth generation for you, never showing up because they’re dead. 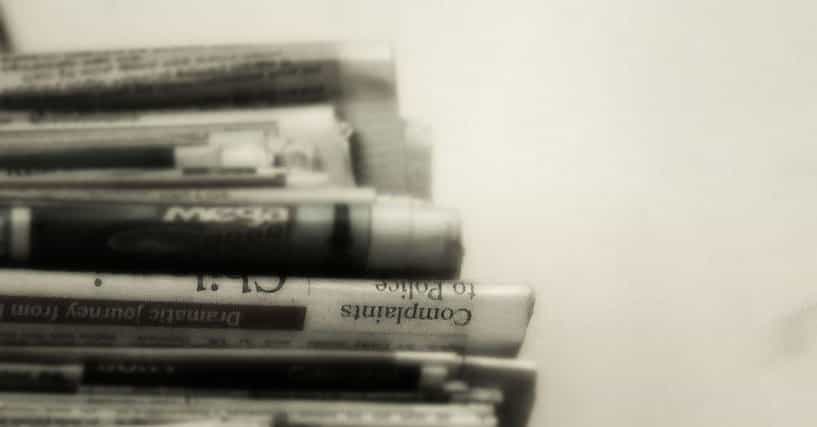 12 Historical Headlines That Could Not Have Been More Wrong

Hindsight is 20/20, but these incredibly wrong newspaper headlines are jaw-dropping. Some are haunting reminders to not count chickens before they hatch, while others are actually funny in their erroneous views on the world. Mostly, though, these...

In 1912, the Salt Lake Tribune published some eyebrow-raising ideas about Mars. Theorizing that Mars had canals created by some giant biomass, this article went one step further and suggested they were caused by a giant eyeball growing up from the surface of the planet. No evidence has been found to support this theory.

Perhaps they looked up one night in December and saw this – 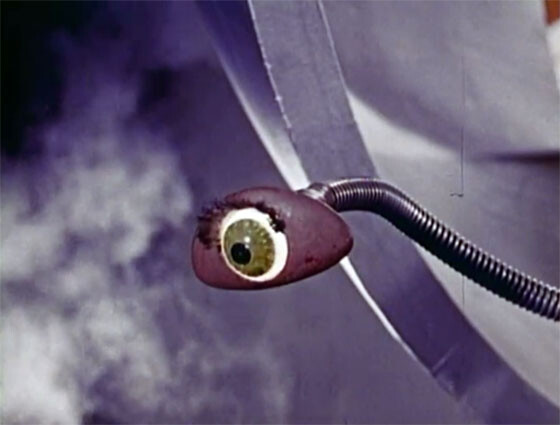 I used to be a music reporter, and about 10 years ago I started noticing all the Citation Neededs when I was researching interviews. So if I found one on Wikipedia, I would ask the musician when I interviewed them to find out if it was true or not and provide a citation.

I started a blog series called Citation Needed. Unfortunately, my blog seems to largely be wiped from the internet (thanks, Gannett).

There is a youtube series out there called “Wikipedia fact or fiction” that does this with musicians. So your good work is carried on in some format.

Fun fact: as you might imagine, there’s a lot of incorrect information on the Wikipedia page for The Residents (understandable because they purposefully obscure personal details). Many years ago the band’s manager - one of only a very few people with any authority on the subject - decided to correct some of it. His changes were replaced with incorrect information again, and after a couple of rounds of that he gave up, realizing that some people are more interested in publicizing their pet theories than anything else.

It looks like Lastowka’s “Citation Needed” podcast is also hard to find these days.

Wiki is kind of weird in terms of primary sources. If I were to go in and edit a (hypothetical) entry for myself to correct the date of my death (“I’m not dead yet! I’m feeling much better!”), I think that would get a [citation needed].

That is both hilarious and surprisingly on-brand for The Residents.

Honestly, I would expect the Wikipedia page for The Residents to be entirely [citation needed].

I mean, the problem with correcting issues that you know personally is that you have to back them up and if the rest of the world isn’t going to see your sources as authoritative (perhaps because you like to lie about them), you’re out of luck.

They weren’t removed or amended with a “citation needed” note. They were replaced with someone else’s even worse conjectures with absolutely no source. 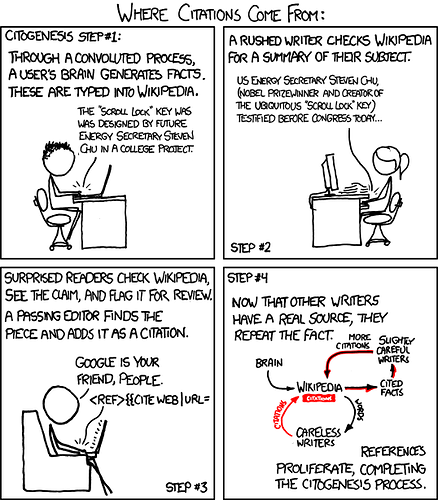 I just read a pop-science book by a respected author. One chapter, and much of the thesis, was based around wildly inaccurate data which traced back to ... Wikipedia. To encourage people to be on their toes, I'm not going to say what book or author.