I’ve noticed some closed caption mistakes, where the captioner is obviously not a Mistie, or not paying attention to the movie, or just didn’t understand a riff (in classics and in Season 13 captions).

Can the streaming movies be updated as needed? Do the powers-that-be even worry about this? If so, I propose posting caption corrections here.

There is a Google form for reporting captioning issues.

So, you've spotted something wrong in the CLOSED CAPTIONS for an episode of Mystery Science Theater 3000 in the Gizmoplex? You've come to the right place! Just let us know the specifics below, and our caption-bots will look into it and correct the...

Is there a way for us to verify that our submission was sent? I filled out the form and clicked the submit button, but Other than it briefly dimming, I see no evidence that it’s actually saved or sent.

I used to work in the closed captioning biz, and nothing irritates me more than bad transcribing.
I never had the pleasure of captioning a MST episode, but I did have to proofread a few (JOY!) for when they aired on Netflix, I think.
The script I was given had Announcer: as the speaker ID for Magic Voice. You best believe I changed every single one of those.

Well I found something a bit more….um….unexpected?

In Black Scorpion, there’s an F-Bomb outta nowhere. It goes by pretty quickly so the first time I saw it, I wasn’t 100% sure I’d seen what I’d seen! 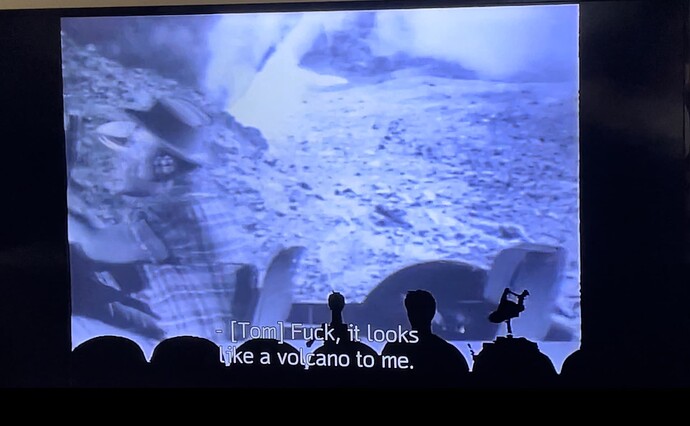 Thank you for catching this—I have submitted it directly to the team.

A post was split to a new topic: Major problems with Beyond Atlantis captioning

A post was split to a new topic: Blood Beast Caption Issue