Coleman Francis. How Did He Get Here?

An Oklahoma boy who went out to Tinseltown as a young man, he was drafted into the military post Pearl Harbor ahead of getting small uncredited film parts from the late 40s till the late 50s. Killers from Space (1954), She Couldn’t Say No (1954), This Island Earth (1955). His first credited role was in Irvin Kershner’s Stakeout on Dope Street (1958). A chance phone call with actor/welder Anthony Cardoza cemented a partnership where Tony produced and Francis directed. Going their separate ways by the late 60s, Francis acted in The Last American Hobo (1967), Body Fever (1969), and Beyond the Valley of the Dolls (1970). The man is an enigma though his pics are familiar to any MSTie.

Kevin Murphy said it best, “Coleman Francis uses edits like blunt instruments. He uses blunt instruments like blunt instruments. His major themes are death, hatefulness, death, pain, and death. He looks like Curly Howard possessed by demons from Hell. He tried to pass off Lake Mead as the Caribbean Sea. His films have the moral compass of David Berkowitz.” Coffee, aircraft, parachuting, cigarettes. Those are my takeaways. That and the Black and White. The work of Francis moves like a corpse and Ed Wood had more talent. I won’t ever forget him. No matter how hard I try. When I think of unwatchable, I think of him. 3 out of 3 on MST? Is that some sort of record? Nobody Does It Better or Move Along? 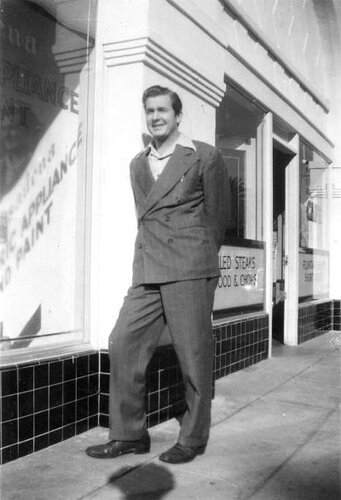 Note: Coleman Francis helmed three films. The Beast of Yucca Flats (1961), The Skydivers (1963), and Red Zone Cuba (1966). All three were riffed by MST3K. Links to topics on those shows are provided below. 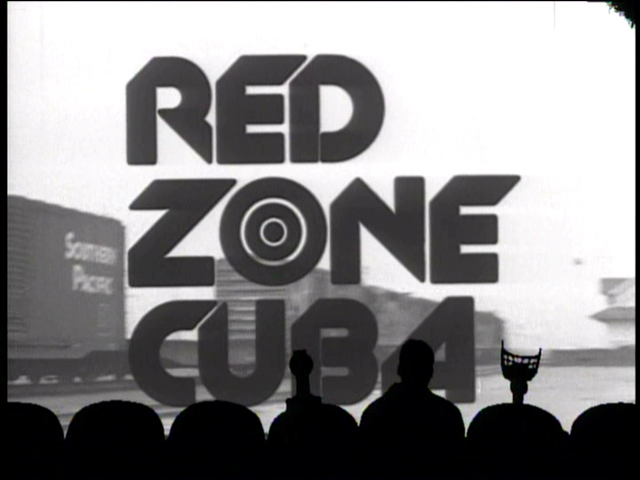 The Search for Coleman Francis Part 1.

The Search for Coleman Francis Part 2. 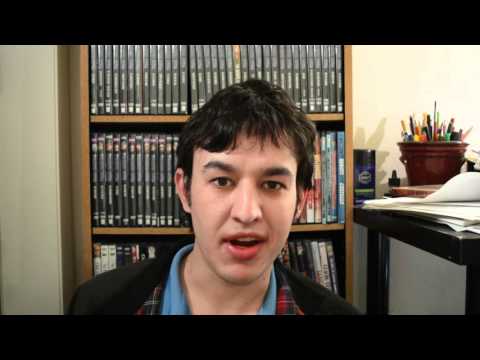 The interesting thing for me is that Coleman Francis is one of the few cheesy movie directors that I had never heard of, and likely would have had no knowledge of, if it had not been for MST3K. As a fan of bad movies before MST3K ever aired, many of the directors and films were known to me before they were riffed. Kind of like Harold Warren, I have no idea how I would have known about Coleman Francis otherwise. Unlike with Manos, I’m not even sure that would be a bad thing.

The Coleman Francis trilogy of films are honestly some of my least favorite episodes. They are just so drab and pointless. I like cheesy movies that are trying to do something awesome, but fail miserably at it. It doesn’t even appear that Coleman Francis was trying. If he was trying, I have no idea what he was trying to do, because it certainly does not seem to be in the category of “make an interesting film”. My guess would be closer to “Well, this film stock is about to go bad, so we might as well use it before the expiration date.”

How did Coleman Francis get here, then? That is a great question. How did the MST3K crew find these dogs? I think Frank was selecting the movies when these were riffed, and he dug up some obscure films, but it would be interesting to see if he remembers what led him to these movies. As they say, “those who do not learn from history are doomed to repeat it”. So the only way to make sure we are never exposed to movies like this again is to learn how Coleman Francis did, indeed, get here.

Coleman is an enigma. If not for MST, I too would likely never have discovered him. I’ve said it before – his episodes are among my favorites, but I can’t articulate exactly why. They’re bleak and dark and terrible, yet comfortable like a well-worn blanket with the MST treatment.

Comparing Coleman to Hal Warren feels reasonable – both ended up creating movies so bad they transcended into legend. But I think Ed Wood is a more apt comparison, because Coleman and Ed shared something Hal didn’t have: passion/vision. They were driven to make movies, despite not being very good at it. Whereas I think Hal was merely stubborn – “I’m not gonna lose this bet!”

Both would do literally whatever it took to get their movie(s) made: borrow money, burn relationships, sleep in their car, etc. Chasing that dragon’s tail, as it were. Both had passion but lacked technical skills, Coleman moreso than Ed I think. My gut belief is that Coleman’s vision for all three movies was more nuanced than what he ended up with. Gritty stories of humanity/hubris, but instead of the complexity of a handful of glitter cast into the wind, they ended up a heavy rock splatting into thick mud.

But I think Ed Wood is a more apt comparison, because Coleman and Ed shared something Hal didn’t have: passion/vision. They were driven to make movies, despite not being very good at it. Whereas I think Hal was merely stubborn

I don’t know as much about Coleman Francis and his career as I do about Ed Wood, having had an odd fascination with Ed Wood films since I was a kid. Maybe that is why I don’t get the same feel for Coleman Francis, and he seems more like a Hal Warren type to me. I guess the fact that he did get three movies made, and apparently spent considerable time making them does show that passion. Once again though, that goes to my not knowing much about him, I would have never guessed it took as long as it did to get those movies made.

I think this guy wanted to hurt us, and I mean real bad. These movies are so bleak and weird, but Yucca Flats at least tries to be a monster movie and gives us some weird narration to laugh at and Skydivers has that party scene. Red Zone Cuba is something else, though. By Yog Sothoth’s mighty spheres, the protagonist (?) is such a sociopath that certain groups would be backing him for high office these days. It’s honestly disturbing in a way I can’t believe he meant it to be.

Also, does anyone know if the actress who got killed in the pointless intro to Yucca Flats was ever seen again? Do we know that it was just acting?

On iMDB her name is given as Mary Torres while Wikipedia says she was Lanell Cado.

Lanell is in Red Zone Cuba so if that’s her in both movies she probably wasn’t killed for realsies in the first film. One is tempted to think maybe Coleman filmed another scene with her before the murder and used it (as stock footage) for the later movie. But in order for that idea to hold any water you need to believe that any footage at all went unused, which we can plainly tell isn’t the case.

But back to the Mary vs Lanell question: I’d have to - gah - look at those movies again to try to determine if it’s the same person, and I’m not going to do that.

There are times that Coleman almost channels a Tommy Wisseau vibe, in that he thinks he’s found something that audiences will “get.”

Take Tony Cardoza in The Skydivers, who is supposed to be like the town’s ladies man…but his line deliveries and confused look make you wonder about that.

And then of course, there’s Griffin in Red Zone Cuba, who I feel might be the most reprehensible character seen onscreen in a MST film. There’s nothing to make us like this guy. He’s strangling, shooting, roughing up, or just being plain bored. Did Coleman imagine himself as some sort of American anti-hero?

I sometimes think of the weird framing device of RZC. It seems that like Beast of Yucca Flats, he assumed there would be a phrase that would signify the film, in this case being: “Griffin…he ran all the way to Hell.”

Excuse the aside here, but this seems the best place to ask. Some years ago I read about a woman who made films that share common elements with Coleman Francis, in particular having characters speak off screen, the camera often pointed away from any action. There’s a question as to whether she was an incompetent director or a brilliant avant garde artist. I can’t recall her name or that of any of her films, and I feel like they were in the 1960s but I could be wrong about that too… but I figured anyone who would know would be likely to have read this far into a thread on Coleman Francis. Because though I never want to revisit a Francis movie, I do have a strange urge to watch at least one of this woman’s films. Any leads would be appreciated, thank you.

I believe my job here is done! 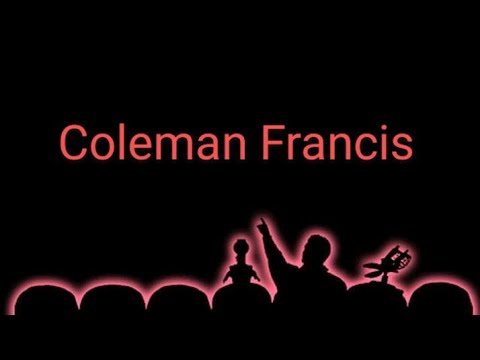 Review of Coleman Francis’ The Skydivers (1963).

I’ve gone on record saying that Coleman Francis is my least favorite MST3K director. 2 of his films can barely even be watched with the aid of MST3K. Yucca Flats at least has the unique charisma of Tor to carry it.

Coleman’s films hurt, and I feel like he wanted to hurt us.

@TheHippy, @Dr_Phantom, @optiMSTie. A thought to mill over. Had Coleman Francis directed a fourth film, would it had been in color being the late 60s or considering his budgetary restrictions another in black and white? I honestly feel it would’ve been black and white. Simply my sense. 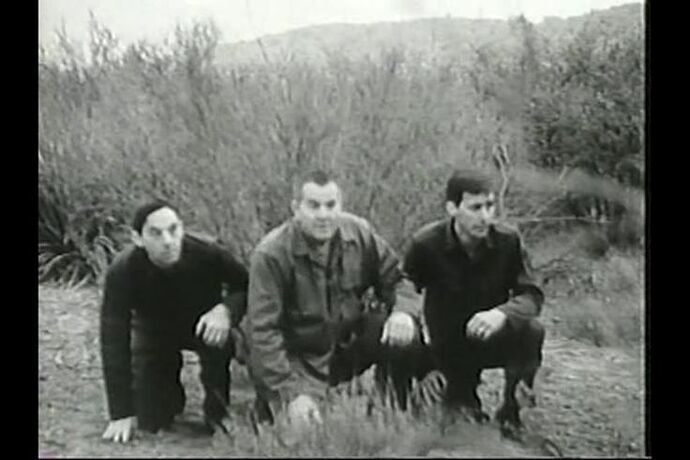 A thought to mill over. Had Coleman Francis directed a fourth film, would it had been in color being the late 60s or considering his budgetary restrictions another in black and white? I honestly feel it would’ve been black and white. Simply my sense.

NOT that I’m asking for a fourth. God forbid. But I have enough feel for the man given his films that a fourth would like!y have the EXACT SAME AESTHETIC. That and producer Anthony Cardoza seemed to leave things alone preferring to follow Coleman’s lead. 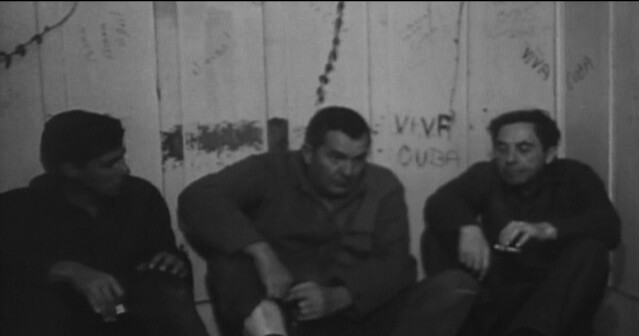