Disney bringing back Phineas and Ferb

Dan Povenmire is involved, so I hope this isn’t another Powerpuff Girls situation. 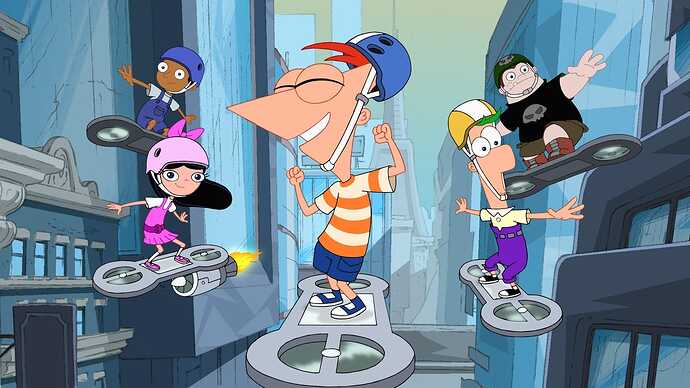 Disney is bringing back Phineas & Ferb with creator Dan Povenmire

I’m skeptical given the movement of making sequels and remakes being more politically correct.

I may give it a chance though.

If they can recapture the magic of the original run it might be worth watching. I keep telling people that if you want to understand formula and how to play with it, watch this show. And the way it plays with the nemesis relationship is pure gold.

Given that the original creators are behind it and that Povenmire’s individual creation is still being made, I think this is rather safe. That being said, I wish it weren’t a streaming exclusive thing.

…you do realize the show aired its last episode in 2015 right? In revival terms that’s barely any time at all.

I loved this show, but alas, another remake, reboot, etc. ?

It’s almost as if the writing community in mainstream Hollywood hasn’t changed in many years, and they just ran out of ideas a long time ago.

You say, ‘politically correct’; I say, ‘treating people with respect’.

At least you didn’t say ‘woke’.

You say that, but again, 2015. This show aired recently enough that it’s just as likely that Dan and Jeff and all of the other writers got together and went “you know what was really fun…?”

Hmmm - the show had run out of serious gas in its last couple seasons. Still had glimpses of itself, but it was definitely on a downhill slope. Moreover, given Disney’s track record for the last several years? I would say the odds are against the show being a respectful attempt to honor the show’s former greatness. Precedence suggests the greater likelihood that it’ll be a weak cash in with heavy-handed doses of messaging. Hopefully the presence of the creator will help … but I am more skeptical than optimistic. And in TV years 2015 is ice-ages ago.

Could Disney bring back “Motorcity” pleeeease?

It’s recent in terms of the scope of the usual trend of these reboots.

And yeah, I’m not going to deny that this is probably Disney trying to get back an audience (and probably their second attempt after Alex Hirsch stopped responding to his calls). But I don’t inherently think this is doom and gloom. Then again, I’m an optimist.

I am willing to give it a chance.