Vaguely Unlikable is the name of my Justin Bieber coverband

"Downstairs Move " is the name of my "Men at Work " cover band.

“Belated Boogity” is the name of my “NASCAR Goes County” cover band.

Magnetic Tape Worm is the name of my Tesla cover band?

Powerful Body Funk… is the name of my Parliament-Funkadelic cover band.

“Breast Alligator” is the name of my Jimmy Buffett and the Coral Reefers cover band.

“Easy in Hard off” is the name of my Dr.Hook cover band…

Oh man, we had a whole list of band names from the old SVAM IRC chat. The only two that stuck with me are “Doctor Crusher’s Diagnostic Thing” and “Turgid Republican Stooges”.

In the early/mid 90s we talked about creating a band for SF conventions that we agreed should be called “Von Neumann’s Catastrophe”… unless we played a Star Trek convention, in which case we’d be “The Band from Argo”.

That is an awesome band name, but it would also be great for other things. I’m not sure exactly what things, but it feels like there should be a Kickstarter for it.

Though I’m not sure it was intended as one:

Here are some pics of the fake Album my fake band put out, which actually only had one song on it, all the rest were fake. You could exchange the word virtual for the word fake. The Band name was Xin and the ArachnophobiX aka XAX . 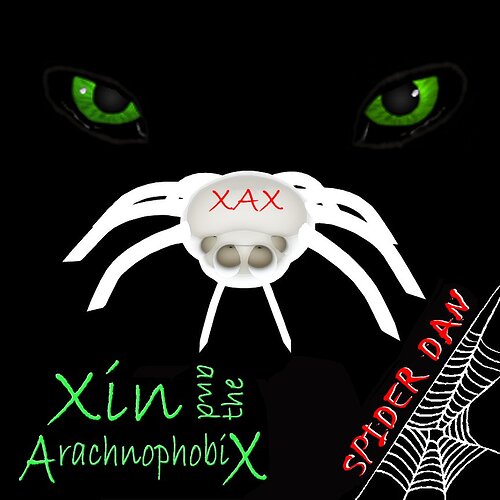 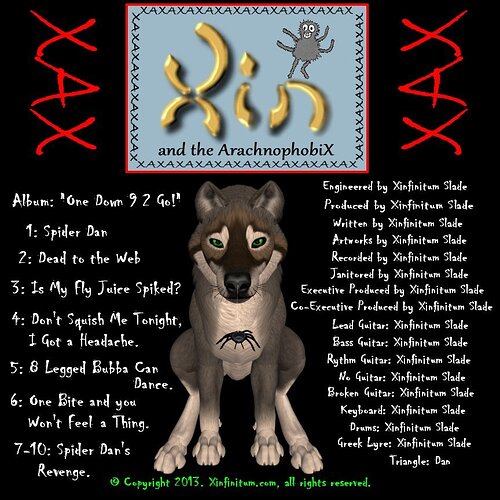 Steel desire machine, or I jokingly invite people to join my Milli Vanilli cover band. I joke that it is called Milli Ferrealy. The twist being that we actually sing the songs.

I lifted a name from a Penny Arcade T-shirt, Epic Wang. It was always my go-to Guitar Hero band name.

Rocketpimp was one I came up with back in the ‘90s

I forgot to respond to this. No, he tours as a solo artist.

Ah, too bad. That is a great name.

A fun game to play is taking two words, one awful or sinister in nature and combining it with something completely benign and wholesome to make a band name, like Narcotic Casserole or Gasmask Catalogue

Not sure what sort of music these bands play. Dixieland Jazz?

Hoopy Frood And The Absorbers

Pretty much any Japanese media property that takes two English words at random and slaps them together without regard for coherence. We all know about Mighty Jack, but there’s also Pumpkin Scissors, Bubblegum Crisis, Zombie Loan, Psycho Pass, and Strawberry Eggs

Upon further reflection, that last one could be the name of a Christian rock septet.

“Bubblegum crisis” is explained by the creator as describing the situation that’s happening on screen. Like blowing a bubble and it gets bigger then pops type deal.

There was also an in-series explanation for Pumpkin Scissors, but it’s so mind-numbingly bizarre I still can’t wrap my head around it.