Excellent work, my admiration to everyone involved.

Bumping the thread because we’ve only got a couple of days of riff voting left.
If anybody wants to get in on that action… well, now’s your last chance.

I’ve sprinkled votes throughout, but haven’t voted on everything yet. I’ll do what I can in the time remaining. Thanks for the reminder.

We might as well ask this now: Who do we see as the host for the first fanficisode? We’ve already got votes from @MyWy (Joel), @deanadolphin (Joel), @blybttnfzz (Jonah), @euphoriafish (Jonah), @DeepHurting (Jonah), and @Egg (Joel), so it’s 3 to 3, with Mike yet to get out of the gate…

Anybody else who didn’t already choose a host, please vote here:

I want to change my vote to just “host.”

In fact, if I’d thought about it before voting, we probably should have replaced every instance of Joel/Jonah/Mike in the script with just “host” because I think having names there may have skewed the voting somewhat, where some people favor one particular host or era of the show over another, leading them to vote based on the delivery rather than how well the joke stands up as a generic joke coming out of someone else’s mouth.

Over in the production discussion thread, we’ve got at least three different options for turning our script into a real thing… but none of them including getting any of the existing cast onboard. So my suggestion (and if everybody else feels strongly that we should go a different direction here, that’s fine, we’ll do whatever the group wants. This is a Fanficisode, so we don’t have to tie ourselves down to reality if we don’t want to) is that we don’t focus too heavily on making our script fit any one particular host, if it means we have to do more work to make it function with someone else in the jumpsuit down the road.

A lot of the Crow/Tom jokes in the script are pretty interchangeable and would be easier to transfer over to entirely new characters. The host jokes however, and I’m especially going to pick on the Joel ones here, tend to be a bit more personality driven, and there are quite a few of them that I see as being problematic if delivered by someone (or something) that isn’t Joel.

Currently, the three production options we appear to have on the table are:

@MyWy @DeepHurting I have to be completely honest with you. I’ve written no riffs. I haven’t even watched the movie. I know it was my idea to begin with, but at that time, I had some extra time in my life. That disappeared for a couple of reasons: Work picked up for me, and A previous “passion project” of mine, which was on hold for a while and that I’d been working on for over two years, finally ramped up and is nearing completion (at least of phase 1) So, while the idea for the program i…

Now that being said, I DO like where your headspace is at with making sure that the riffs written for the host are written “generically” so that they can be slotted into ANY host. Each host brings something different to the show, though they all have that same “everyman” quality (or in the case of Emily, “everywoman” quality).

So I think that’s a great idea, to try to make things as generic as possible for the hosts, until it’s decided on who WILL be the host, then the “flavor” riffs can come into play, such as Joel “settling down” the bots as a fatherly figure, or the bots ribbing Mike off, because he’s more like a “little brother” figure to them. Those special unique takes can be slotted in any time.

This is a Fanficisode, so we don’t have to tie ourselves down to reality if we don’t want to

True. But at this stage, the deliverable is just a subtitle file, and we aren’t limited by the lack of original actors.

We need to acknowledge that our contributions are going to be massaged into the final product, and will likely change to some degree. I may have suggested [Joel] for my host riffs, but, like [Crow] and [Tom], it’s only a suggestion. At the same time, if my contribution includes “I think this is best coming from Joel”, I appreciate the ability to state that in my contribution.

In the next stages, when we start producing a video product with a visible host, we’re going to have to retool the script, no matter what host we select at this point.

Does anyone have any issues closing the voting after today? I haven’t seen any additions in about a week, so I think everyone who is going to contribute is done.

Finally, I’ve got a couple of days off work, so I’d like to present the co-directors (looking to be @DeepHurting , @EBK and @griff17matt currently) with a final spreadsheet that suggests the finalists for their consideration. Sometimes there is a clear winner; other times, I’ll list the top options in columns C, D and E. For the purpose of sorting, I’ll give each riff a simple score based on medals awarded (gold = 3, silver = 2, bronze = 1), so a riff with a single gold medal and a riff with 3 bronze medals will need to be decided on.

I’d ask for more time, but I’d only be dragging things out for everyone else, I guess. I’ll be busy with work and family obligations this week, so realistically, I am probably done voting.

Personally, I don’t see why we need to vote on a host one way or the other if we’re going to make this into subtitles. If it fits a particular host just say [Joel] or [Mike] or whatever. Then, the watcher can say that line in their head as the intended host.

To me, host isn’t nearly as difficult as the various Crows. Trace, Bill, and Hampton have very distinct deliveries to me and I can’t think of a way to get that across on screen.

…and knows puppeteer creator/performers, who might actually be able to physically produce a live action version of the script for us.

Part of the fun of doing your own MST3K fanvid is getting to be in it, I would say. The MST3K vs. Gamera: Round 2 fellas did theirs with the cast being in different parts of the planet, using computer based technology solutions. Whoever the cast ends up being can even plan to meet at some convention you’re all going to. I think you’re missing a big part of the experience if nobody involved in its creation is involved in its creation.

Unfortunately, meeting at a convention isn’t really an option as far as my recording space is concerned. And I’m not trying to leave anyone out of the live production, just trying to present ways it’s actually viable. I’ve been regularly saying that there are ways for anyone to film a thing, like invention exchanges, other stations, new Mads, etc. then cut it all together.

Also, I can try and do some more voting tonight, just had a few hectic weeks, but close it whenever. And I don’t know which riff I’d call my best, especially since I saw a few personal faves get downvoted, and some quick bits get a lot of love.

That makes sense. I’m changing my vote as well. And checking the new votes that have come in, it looks like “host” is edging ahead.

It sounds like a couple of people could use some more time, and since the directors are not selected yet, I don’t see any need to wrap it up now. Maybe after next weekend.

I have no objections to keeping the voting open an extra couple of weeks while we hammer out production logistics. In fact, I’m going to be out of town most of next week from the 13th through the 17th, so if I end up being the guy doing the subtitles in Premiere, that’ll have to wait until I get back to my desktop anyways.

I don’t think I will have time to vote anytime soon. Was hoping to get back to this project, but free time has been difficult to get lately. 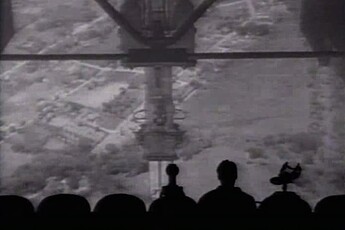 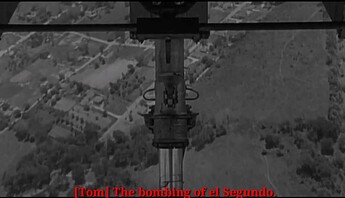 This is the final weekend for voting! Comment on each riff with G (gold), S (silver) or B (bronze) here: Fanficisode: The Incredible Petrified World - Google Sheets

After watching Avalanche on the Turkey Day Marathon, I see that a lot of my inspiration for riffing TIPW came from there… My wife even used the Fraggle Rock theme.

How do the writers keep from redoing stuff from previous seasons?