Goldsmith was amazing. His early work, like Planet Of The Apes, is heavily influenced by the great Edgard Varese.

Battle In The Mutara Nebula from Wrath of Khan is my favorite of the Trek movie scores. Horner rocks.

I think I need to see Moon Zero Two.

While my favorite song from an MST3K movie is Gold by Joe Valino,

My favorite soundtrack would be from Hellcats:

My favorites from Goldsmith are Chinatown followed by Explorers and Air Force One.

Horner’s ST2WoK is one of my favorites too!

Whatever you may think of the movie, James Horner’s score for Krull is incredible.

Ignoring good films that have been riffed like Star Wars or The Wizard of Oz, I am partial to The Giant Gila Monster, The Apple, and the short Once Upon a Honeymoon.

I was so busy thinking up great music from the original run that I didn’t really think about any of the Netflix episodes. If I had done that, I would have realized that my favorite composer, the amazing JOHN BARRY, of course composed the score for the entertainingly horrific Starcrash. It’s certainly not one of his better works. It’s nowhere near the scores he composed for two other late 70’s space operas: The Black Hole and Moonraker. But he certainly doesn’t phone it in either. I guess Starcrash’s producers blew their budget on the checks for Christopher Plummer and then-three time Oscar winner John Barry (in the years ahead he would win two more Oscars). Still, sub-par John Barry is still than a lot of other scores.

We discussed elsewhere that Wizards Of The Lost Kingdom has music by two fantastic composers - James Horner and Christoper Young - but it’s partly recycled material (the Horner stuff is from Battle Beyond The Stars), and even if the Young material is new it’s not him at the peak of his powers. So I think you have indeed picked the best soundtrack of the Netflix seasons.

The theme to The Christmas That Almost Wasn’t is a bit of toe-tapper, too.

I have to admit that tune IS pretty catchy.

Horner’s Battle Beyond the Stars theme was also used in Deathstalker and the Warriors from Hell, if I remember correctly.

It’s not quite as majestic as the “toot tooty toot toot” theme that the other composers came up with, but still.

I bought the extended soundtrack CD of OK Connery when it was released back around 2006. I’m a huge Morricone fan, it’s hard to get now. As far as I’m concerned, the Dollar pictures trilogy and Once Upon A Time In The West are the greatest soundtracks of all time. I’m also a massive Leone fan, my favorite director of all time.

Other favorite MSTed film soundtracks for me include Hellcats (yes really, it’s fun and I love 60s music) and the Moon Zero Two theme song.

I bought the extended soundtrack CD of OK Connery when it was released back around 2006.

If that’s the edition with 28 tracks, that’s the one I have too. Sterling stuff.

And I’m with you on the Dollar soundtracks as well, superb. Carillon, the pocket watch tune, is so haunting and effective that it’s a big part of why the middle movie of the trilogy is my favorite.

Don’t know if it counts as a soundtrack, but Girls Town included musical appearances by the Platters and Paul Anka.

I’m a fan of Italo Disco, so Italian synth scores rate highly for me:

Warrior of the Lost World 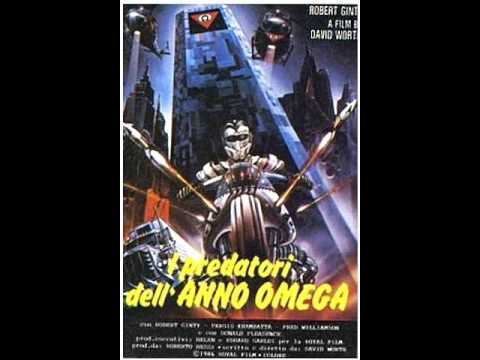 From Rifftrax, Yor: Hunter From The Future (This one was my alarm for a while) 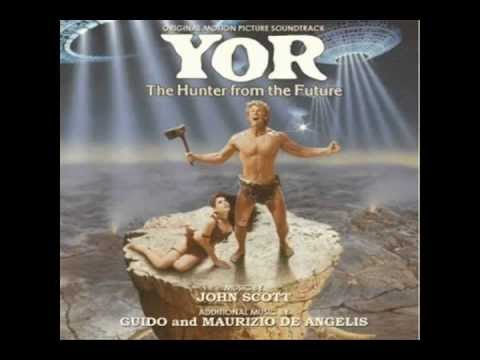 One of the amazing things about that film - Mel Torme doesn’t sing, but Paul Anka does.

And you’ll notice they never show the face of the lead singer when The Platters perform, which is also odd. I’m guessing they couldn’t get him to appear, or couldn’t afford it. Either that or he was no longer with the band for some reason at that point.

Danger!! Death Ray overuses “Bop-ba-dop-ba-da-da” and “Not Watermelon Man” so much that I forget there are other cool things happening in that soundtrack. [video queued up to a sample] 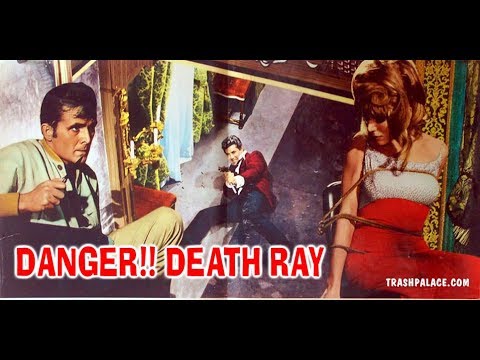 The lead singer was no longer with the group when the movie was shot.

Thanks, I was wondering if it was something like that.