Let’s see, what else ranks high, Operation Double 007 is in my top 50, it offers lots of laughs and it’s a movie I enjoy. So that’ll get my vote.

After that, Danger Death Ray and Mighty Jack

for the Iron Chef reference. 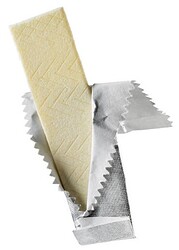 Here, have a stick of chewing gum and dry them tears, the smooth one will be included in the mix, as Super Dragon’s this month’s tribute episode.

Invasion U.S.A. is in my unthought-out top 10, so I voted for that. I really love it. And the very amusing message of “if you don’t devote all of your time, money and energy to fighting the Russians, we’ll all be screwed.”

Kid Brother is a shameless knockoff with an amazing cast just having fun.

Danger!! Death Ray is… well, it’s everything the title implies.

Final Justice… Joe Don Baker takes himself and his gun-toting macho “I can do no wrong” Texas vigilante “justice” very seriously, and Mike does not hold back at all.

Invasion USA is… somehow both drab and paranoid. Deadly serious, about a deadly serious part of our history, and yet utterly ridiculous.

Diamond Head… I admit I’m going to need to refresh my memory on that one. Haven’t watched it in a while. I can’t remember a thing about it. (I remember climbing the Diamond Head volcano in Hawaii 20 years ago better than I remember this movie I watched 5 years ago…)

But I gotta give it to Mighty Jack. I think the TV series could have been genuinely good to watch if we’d had all the episodes. Instead, we get the Sandy Frankenstein version, with pieces of the series cut out, stitched together, and brought back to life in a shambling monstrosity of a “movie” that leaves subplots dangling, major plot twists unexplained, and just enough of what’s going on that you can make some semblance of sense of it if you try or get gloriously bemusedly lost if you don’t. It was already a goofy show with cheesy effects and a nonsensical superhero premise. The riffing just makes it that much better. Although I do miss the bits that got cut for time. The KTMA version had the show’s opening sequence, which is fun to watch, and a couple of extra scenes (like the hilariously stupid first attempt to rescue Atari from the island prison, which just leaves them with another guy they have to rescue). But come on. It’s an elite crew of guys who have to constantly run out on their day jobs to meet up in the back room of a souvenir shop so they can stop a global terrorist anarchist spy ring by flying around in an invincible submarine rocket jet aircraft carrier flying fortress. What’s not to love?

Two out of six predictions correct then.

Easy pick. Operation Double 007 is my favorite episode. Danger!! Death Ray is also way up there for me, and I also love Code Name: Diamond Head.

OOOO. Touch calls here. I LOVE the spy films they did. Super Dragon especially so really looking forward to that.

But from these…yeah. I gotta squeeze Danger: Death Ray just to the top. Loves me some Mighty Jack and 00-007. And Invasion just gives me the chuckles. But Death Ray has a death ray. And it is just trying SO hard to be cool it’s kinda amazing.

But the only one missing that clearing beats them all is, Rex Dart, Eskimo Spy!

“No tractors! Not allowed!”

( Just eat munitions, instead of food.)

I also unironically love the guy who plays the gruff bartender. He’s great.

His perm wasn’t very convincing, though.

That part always blows my mind.

“We want to give you a military construction contract.”

Hmm now which movie should I vote for…

Operation Double 007 has some great host segment material, Final Justice has JDB and the Maltese men sketch, but nothing in any of the other movies will ever be funnier than Crow yelling “BART FARGO BART FARGO BART FARGO” or Tom saying “You’re all going to be Bart Fargo-less for a while”

Plus the sunglasses sketch. I mean come on.

Was he an espionage guy though? He seemed more like the swingin’, car-driving bachelor friend than a spy. But then again they DID have that rocket … so there’s a case to make that they were carrying spy gadgets…

I have to go with Danger!! Death Ray. I mean: BOPA-DAPA! Enough said!

Mighty Jack earns some credit by being that mind-blindingly confusing yet, somehow, they manged to make it work enough to be funny!

This is really fun collection here!