Games, movies, albums, and shows you're impatiently looking forward to and why? 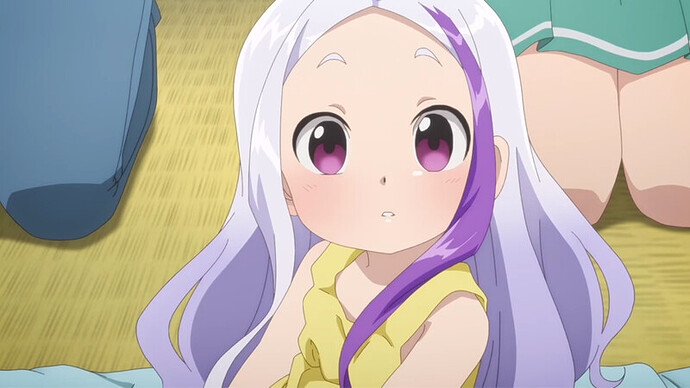 We just lost Pasadena, which is a shame. Even though it’s pretty far out from us, it had some good offerings that never made it closer.

Yep, Claremont where I grew up. I live just east in Upland. A new one in Azusa is in the works. Landmark is taking over Pasadena. I’ve been there 3 times and the last time was a nightmare regarding projectionist issues. This happened when I saw 5cream right when the killer was revealed. I had enough and stormed out. Thank goodness for camcorder torrents so I could finish the rest. The other two times I went there were years ago for Persepolis and Son of Rambow.

Arclight going away gutted me the most. That was a nice place to travel for a limited NY/LA movie you couldn’t wait to see. I did that for Three Billboards. Only one I saw at the dome was Bourne Ultimatum and I’ve been to the Santa Monica one twice with Rocket Man being the last one.

I had to go to the Westwood Village to see Licorice Pizza a week after Thanksgiving.

I am waiting for two things:

The way it’s going, though, there are going to be actual real genetically modified, super-awesome raccoons before Bethesda releases the next ES game.

Waiting for Everrain board game…

That Imagine video from two years ago comes to mind.

Waiting for something that’s already out is the worst. I’ve been drooling over TMNT: Shredder’s Revenge since those first gameplay trailers, but I preordered on physical (Because Ninja Turtles games have a history of vanishing from digital storefronts) and have to wait 'til the end of August. I can’t afford the double-dip, and so I wait…

Also experiencing this, but replace Shredder’s Revenge with The Binding of Isaac: Repentance.

Games my partner and I are looking forward to: 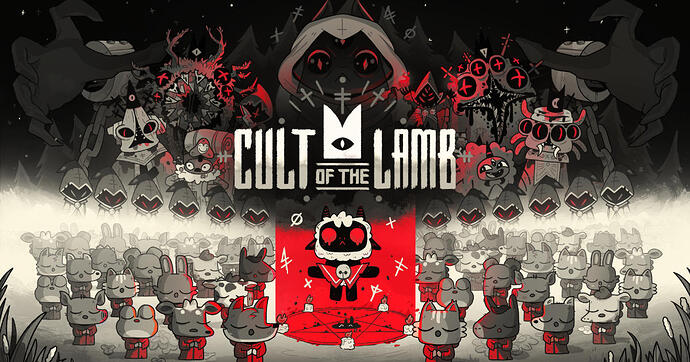 Start your own cult in this adorably dark game in a crumbling world of ritual and ruin, utilising a powerful gameplay loop of base building and dungeon crawling. 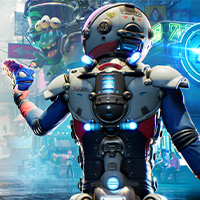 Humanity is threatened by aliens who wants to use them as drugs.

Waiting for Strange New Worlds to land on Blu-ray so I can see it, because I’m not getting any more streaming services beyond the ones I have. Looking forward to checking out The Rings of Power, though not with any expectations. And the next Dune movie.

Probably means nothing to most people here, but word has just come down that the Rat Queens comic is resuming with an upcoming OGN.

I loved that comic in its early days, but it got snakebit with artists coming and going, sometimes under pretty unpleasant circumstances… then the creator left and things rapidly fell apart. Now it looks like the original creator is coming back for what may or may not be the end, depending on how it does.

Very excited it’s going to be a GamePass Day One release.

My very first Kickstarter was the Two Guys from Andromeda’s Spaceventure. (These are the guys that created the Space Quest games waaay back in the day.) That was 10 years ago, and in that time there have been countless delays, setbacks, illnesses, and other witchery that has caused delay after delay. Many had given up, but they just announced that they finished the game, and will be releasing it to all backers on September 16th!

And if THAT weren’t enough, Return to Monkey Island, which sees ANOTHER adventure game legend returning to his craft, will be coming out September 19th. (Talk Like a Pirate Day! Yar!)

So decades of accumulated waiting will come to fruition in a tidy little 3-day span of time. Gonna be busy that week. Might be sick with the flu and have to call in to work.

The next anime season has some great shows but I’m looking forward to the next season (maybe last season?) of Golden Kamuy. It’s essentially a treasure hunt in late 19th Century Japan but that barely tells you anything. The fact that it’s a foodie travelogue with edutainment about the Ainu (the indigenous people of Hokkaido) while also being an often ultra-violent and over the top hilarious and homoerotic and often surprisingly moving adventure still doesn’t do enough. It’s great.

Also the guy who voiced Nikaido is the Japanese Justin Roiland.

So what’s Marvel up to with these trailers. Secret Invasion looks good. I wish there was a trailer we could see but I’m looking forward to Marvels. Oh, Werewolf by Night special. I love Marvel’s oddball horror characters.

Oh, yeah, this looks like a fun love letter to Monster movies of both the 30s and the 70s and-- HOLY CRAP, WAS THAT THE MAN-THING!

…I have been impatiently reloading the page for when Fraymakers enters early access.