Hey all, let’s test a master thread for all things football / soccer. With the Euro finals today, it’s as good a time as ever!

Examples of things to gab about:

Wish I could figure out how to tag posts with these things, but that’s a mod only thing, I think. Please correct me if I’m wrong.

Is it coming home? We’ll see. England’s the better team on paper, but a lot rides on how aggressive they are pushing forward.

I’ll call…3-1 to England. Kane gets at least one. Pickford makes at least 1 bonkers save. Jack Grelish comes off the bench and causes havoc.

I ‘talk’ to a lot of folks from England on Twitch, thanks to Covid, and I’d love to see it come home for them, and we all think it will come down to penalties today. I agree with @LadyStarblade that Kane will get a goal, and probably Sterling will get one late that will throw it into extra time. Italy is amazing with penalty kicks, they seem to thrive under pressure. I’m throwing in 2-2 by 90, and Italy taking it with penalties.

Who knows though, footy is a fickle mistress, like when Leicester City blew everyone’s minds, maybe some of the 3 Lions youngsters will pull it through and bring it home!

I splurged on Peacock Premium and during the pandemic I watched so. much. EPL. I like most of the English players, so I’m far more attached to them. I also agree Sterling’s got a goal in him.

Not sure if it’ll go to extra time / penalties, especially if England scores first. They are going to have a crap ton of momentum if they break out first. I admittedly am not as familiar with the Italian team, but they wouldn’t have gotten to the final if they weren’t capable of winning.

And Leicester? Someone brought up Leicester? They’re my EPL squad! Them and Brighton. Up Foxes and Gulls! 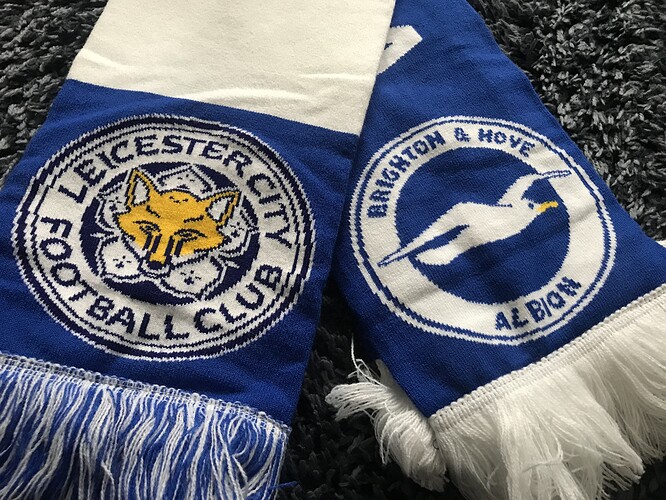 I agree, I hope England gets the first goal, at least within the first half, that should give them the drive, but Italy has that ‘oh yeah? watch this’ thing where they try to match goals.

Yeah, I remember when Leicester took the EPL by storm a few seasons ago, Vardy and Mahrez were unstoppable. I’m a ManUnited supporter for EPL and BayernMunich supporter for Bundesliga. I can’t do the additional subscription services right now, so I live with whats televised…

UEFA Champions League is a magnificent tournament and I try to watch whenever possible!

I particularly enjoyed the Champions League this year because ManCity lost it!

I really do love seeing teams who otherwise never would have met play each other.

I’m a ManUnited supporter for EPL and BayernMunich supporter for Bundesliga. I can’t do the additional subscription services right now, so I live with what’s televised…

ManU is my 3rd team; my sister and BiL are big supporters and I’ve been a huge fan of David de Gea since he was a scrawny teenager playing for Atletico Madrid. I also like Bayern a lot; Bastian Schweinsteiger got me watching Bayern back in the day! Hoping the schedule will work out that I can catch a match when I’m in Munich next year.

And I hear ya on the subscription services; if you are able in the future, you really do get the whole freaking EPL on Peacock.

I’m so stoked for today; it really should be a barnburner! (Cheese optional.)

de Gea is amazing! My fav player for Bayern is Thomas Mueller. A few years back when I lived in Chicago, I got tickets to the practice and match of ManUtd and Bayern, boy was I torn! Enjoyed it though! Two of my bucket list items is to see a MU match at Old Trafford and a BM match at Allianz Arena…

Oh my. That was fast!

(Jose voice) “Why is my wingback in goalscoring position? And so early, is madness.”

Also, it was nice to see Messi win a trophy in an international tournament. He always gave his best as a square peg in a round hole for Argentina and it finally paid off

I’ve been a massive fan of Messi from the start. So glad to see him finally breakthrough!

Woo, I’ve been drinking a good portion of this match. It’s getting serious now!!!

Loving the stony faced reactions to a pitch invasion

LOL, I saw that. I knew there was going to be a pitch invader. Too many people drinking for too long.

I don’t know why people even do it anymore, you’re never gonna beat this:

And the announcers kept talking about how it came off Saka’s arm…I thought, “That’s not the main thing here!”

Jon Champion and Taylor Twellman are terrible, I wish I could just watch with only crowd noise